Real Estate’s past seems destined to repeat itself

When I hear the phrase, “The past is destined to repeat itself,” it’s usually in a negative context. Well, today I want to use it in a positive context.

This story starts with a wedding anniversary – mine in particular. Like all the other husbands in my neighborhood, I recently made the walk to the local flower shop on the corner of 32nd and Lowell to mark the occasion with some yellow orchids and Indian paintbrush. As I did, I passed a sign declaring my neighborhood an historical area.

Built in the early 1900s, the Highland neighborhood in Denver is now an up-and-coming neighborhood, chic and popular with Gen-Y, Gen-X, and Baby Boomers who want a small-community feel, but who want to be near downtown as well. 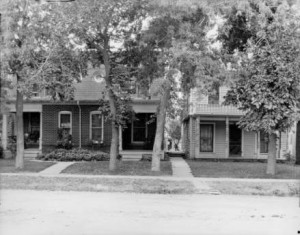 Denver residences, circa 1930. The area looks very similar with one important difference: each home is larger, with added space above and below the main floor. (Photo credit: Denver Public Library, Western History Collection).

The Highlands has something else going for it: It was built when brick was plentiful and cars and refrigeration were scarce, so most folks needed to walk every day and shop every day. Because of this, shops and offices conglomerate around main intersections, and homes are surrounded by easy access to local stores as well as ample acres of parkland. The homes were originally smaller, but now have been expanded upward or outward to meet modern tastes, and the area as a whole is undergoing a kind of upgrade/makeover.

Commercial redevelopment is booming on every corner, and residential is following suit in all the homes in-between.

Money is flowing into this neighborhood, and that’s primarily because it withstood the housing market crash. Investors feel secure. The Highlands’ home values actually continued an upward trend during the Great Recession, especially in comparison to the city as a whole, as the chart in this story shows. Now, with local real estate booming, my neighborhood is selling at a premium.

The Idaho Stateseman recently published an interesting report on housing in the American West, highlighting the Sonoran Institute’s RESET housing study, and showing many of the reasons why developers, realtors, and homebuyers who invest in “walkable” communities, like mine, are winning the real estate game.

The Statesman article also provided a sidebar on the housing trend since WWII, availablehere. In the story, the Sonoran Institute’s Randy Carpenter outlines how neighborhood design underwent a huge shift in the post-WWII era. Large residential areas on the outskirts of town became trendy and popular, while neighborhoods like mine fell into disrepair. 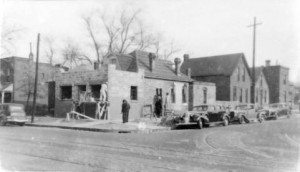 An office building under construction on a residential streetcorner in Denver circa 1920. (Photo courtesy Denver Public Library).

All that is shifting, however, as people re-discover the value of living in a walkable community. Walkable, yes, and even more so: community. The two go hand in hand. As I walked to the flower shop the other day, I saw friends, gave my dog a walk, enjoyed some fresh air, and narrowly avoided stopping by the pub for a beer. Somewhere in that experience was what I’d call community: that sense of being in a place we belong, that we know well, where others know us well, and that adds a critical ingredient to my family’s overall happiness.

So it seems the past is destined to repeat itself, albeit slightly modified. We don’t want to build exactly like they did in the 1930s. Times have changed, and we don’t want to go back to a horse-and-buggy for multiple reasons (excessive amounts of horse puckey on the streets being fairly high on my personal list of reasons why). Nonetheless, there are a lot of things they did right in those days, which are proving their lasting value today. 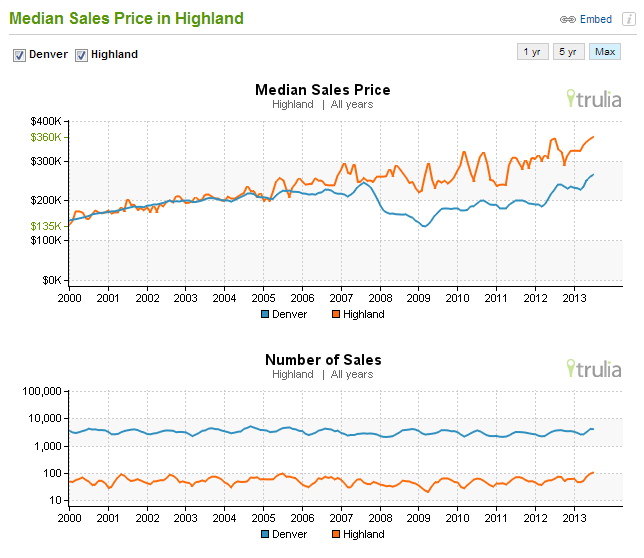 Smart developers, bankers, lenders and investors are taking lessons from the neighborhood designs of the early 1900s and applying them, in a modern way, today.

So what I take away from my walking errand is that successful neighborhoods of tomorrow will look more like 1930s America than 1960s or 1970s America.

Oh… and I also took away some flowers. They were grown locally, sold locally by a local business owner, and enjoyed locally by my wife, who has them prominently displayed on the kitchen table. All of this happened without having to go more than 10 blocks from my house and that, as much as anything else, is why we, and thousands of others, love living in the Highlands.