A few years ago there was an informal session in the Town of Vail council chambers regarding the Chamonix housing project. It was attended by a score or so of people.

One of the topics of input concerned the desire of the residents of the existing neighborhood to include sidewalks, easements in practice, among the units of the project. The case presented was that they had been accustomed to traversing the long-time vacant parcel on their way to wherever and that privilege should remain available. 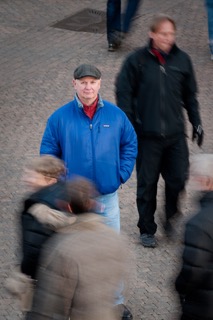 This desire merely stated, sans any malice, the longstanding, mutually-understood and unchallenged distinction, the segregation of “residences” and “neighborhood” from “housing”, i.e. “housing” occupants are not perceived as integral to a neighborhood — at least not enough that they should presume any privacy in this case. “Us” and “them”. Ghetto. (“ghetto – any segregated mode of living or working that results from bias or stereotyping” ). In the marketing language Chamonix is now being referred to as a “community” and as its own “neighborhood”, the effect of which further illuminates otherness.

The eastern portion of Eagle County defines itself in terms of a brand: “The Vail Valley”, and due to the hosting of international people and events, also lays claim to being “World Class”. Indeed, more so than ever in an era of AirBNBs, the low value characteristically placed on having primary residences for people is a phenomenon being exposed internationally, i.e., everywhere on planet earth that is desirable and accessible – seats-of-power, college towns, megapolis’, waterfront, and here.

In December 2006, thanks to a local guy with some influence, an Advisory Services Panel assembled by the authentically international Urban Land Institute(ULI), gifted a gold-standard, plug-and-play, comprehensive-to-the-nth degree report, specifically addressed to the Eagle River corridor of Eagle County (http://www.uli.org/wp-content/uploads/ULI-Documents/2006EagleCoReport.pdf). The name of a sitting commissioner even appears on that report as someone significantly involved in it’s production.

“Eagle County is headed for difficult times, but it has not yet reached the tipping point. The county still has time to take action, but failure to act could threaten the social and economic viability of the county. These housing, planning, and community development issues can be managed and solved over time. Now is the time to start.”

— From the Introduction page … a decade ago.

“For too long the communities in Eagle Valley have stood apart from each other and neglected to communicate or cooperate. This opportunity is perfect to change that. The panel has shown that each community in the valley has its own unique qualities that can be honored and enhanced in the process of resolving the housing affordability crisis.

“If done in good faith, the process of putting together the ECHC can also show how cooperation and communication can help the communities of Eagle County solve other problems together.”

— From the Conclusions page … a decade ago.

It can be said, again without malice, that to the level worthy of this gift, the results have been underwhelming. Yet if one did not know otherwise it appears as a relatively recent problem (go here for an historical overview: https://www.youtube.com/watch?v=YawagQ6lLrA). Letters-to-the-editor, bumper-sticker ballot language and dusting off the everyman mascot, the issue’s own Meyers-Briggs personality type TNFP (Teachers, Nurses, Firefighters and Police) are distractions in the larger context. When the monologue is parsed a bit, the shadow issue is shelter for seasonal workers.

The principal matter at hand is that the Vail/Eagle River Valley has not coalesced in any meaningful way over a decade to “ensure social and economic viability” never mind decide to have shelter for seasonal workers. The motivations or lack of them are for others to ponder.

What is material is an idea floating around about the transformation of Public Lands into development property because, well, we forgot, and after all it is “ours”.

Next episode: An Eric Cartman chapter of Mensa?

What Elephant? by Bucky

Latest posts by What Elephant? by Bucky (see all)