September 15 marked the start of National Hispanic Heritage Month, a time to recognize and celebrate the contributions that Hispanic Americans have made to our country – past and present.

According to the U.S. Census, more than 20% of Colorado’s five million residents are Latino. Census data also shows that Denver has one of the highest populations of Hispanics or Latinos in the U.S. – making up more than 31% of the population. 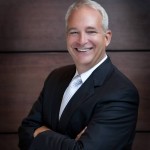 The media is inundated everyday with stories focused on the economic impact of Millennials. However, the growing population of Hispanics could have an even greater effect. In fact, the increase in spending among Hispanics will likely exceed that of Millennials and Baby Boomers combined over the next five years.

Within the consumer landscape, the Hispanic population is poised to take 1.4% incrementally of the consumer wallet, which is approximately 13 trillion dollars.

As the spending shift occurs, so will the industries that it will impact – particularly in the food and retail sector.  A popular trend among Millennials is their tendency to spend more of their income on dining out.

On the other hand, Hispanics tend to spend more of their income toward food consumed at home.  Taking into account the demographic impact of this trend, we could see upward support for spending on food at home.

Interestingly, the apparel sector is one area where Hispanics and Millennials overlap. Over the past 10 years, spending allocated to apparel has been declining on the whole due to apparel price deflation.

However, both of these growing demographic groups are trending toward allocating a greater proportion of income to apparel. Despite the current downtrend on spending in this sector, apparel stands to gradually trend upward in the future, indicating that there may be growth in other sectors that appeal to both Millennials and Hispanics.

From culture to economic impact, the Latino influence is undeniable in this country. While a generational shift will undoubtedly affect consumer spending, demographic shifts in our population will prove just as impactful.

Stephen Stribling is a Financial Advisor with the Pelican Bay Group at Morgan Stanley in Denver.  He can be reached at 303-572-4889 or stephen.l.stribling@ms.com.