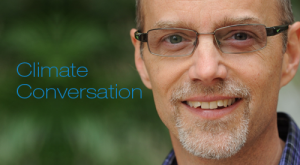 On January 14th, a national coalition of business and political leaders assessing the economic risks of climate change announced the co-chairs who will lead this assessment. The group includes a roster of bi-partisan business heavy-hitters, including former New York Mayor Michael Bloomberg and former Treasury Secretary Hank Paulson, and I can only hope that their collective credibility and profile will help advance the notion that doing nothing about climate change has serious economic consequences.

For me, this announcement brought to the fore a couple of questions that I’ve been mulling for some time: How can a business or policymaker not take into account the possibility of climate change in their decision-making? Regardless of whether or not they believe climate change is happening, can they afford not to consider its potential impacts from the standpoint of prudent risk management?

There needs to be more of a dialogue between business and policy makers around the issue of risk and the cost of inaction around climate change, and it needs to happen at all levels of decision-making. I would like to see conversations happening in each state co-led by business and political leaders.

Match words with actions: This applies primarily to business leaders. If they are going to be credible advocates for responding to climate change, they must demonstrate that they have already taken steps to address this issue from a risk management standpoint. They’ve got to have “skin in the game.”

Find and support natural leaders. While Dr. Steer is primarily speaking to political leaders about recruiting business leaders, I think this point applies to both groups.  Thankfully, there are leaders in the West who out of a sense of pragmatism or boldness are looking to build coalitions and reach out to other interests. They should be speaking to each other about the risks of climate change.

Create a safe space to talk. This, I think, is critical. Reaching a critical mass of leadership requires convenings where leaders can talk candidly and look for common ground. These conversations need to happen outside of the glare and heat of public scrutiny.

Time to shift the approach. The reality is that we all live in a very different world than the one that existed 10 years ago. Ours is increasingly defined by uncertainty, complexity, and volatility. (This can be said of financial markets, weather systems, and many other factors that govern our lives.) Simply sticking to business as usual is, in and of itself, a risky proposition that we cannot afford.

In the interior West, where public discussion of climate change in stymied, I think there are plenty of business and political leaders who could start this conversation. Ski resorts and other winter-based recreation industries are already in the vanguard, but companies that have major manufacturing facilities in the region that use significant amounts of water or energy, also have a lot at stake. There are also many businesses—utilities, insurance companies, and the defense-related industry, among them—that forecast a range of future scenarios as part of their long-term planning efforts and include climate change as part those scenarios. Their leaders should be spearheading a conversation about climate change in the West.