Elway, other Colorado leaders have an obligation to denounce Trump extremism 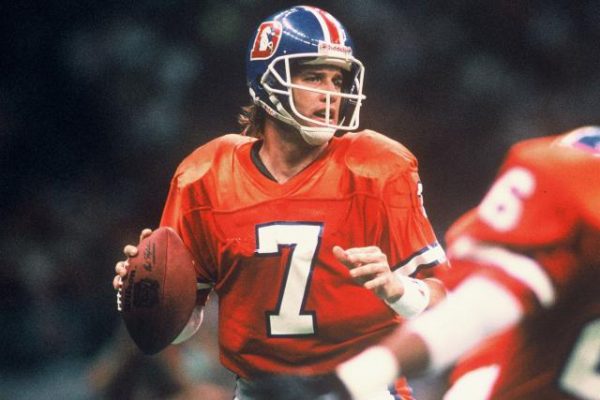 It’s a dark time in Broncos Country after Denver ventured into the Black Hole of Raiders Nation on Sunday and limped out defeated, bloodied and facing a dark, ugly Election Day on Tuesday.

Want to know how dark it’s gotten? Some people are seriously – albeit with tongue planted firmly in cheek (maybe) – pushing Peyton Manning as a write-in candidate for president.

Seems like he’d be a fairly moderate conservative who would excel as a policy pitch man and unite the nation behind a mantra of buying things. But Peyton has a skeleton or two in his closet dating back to his college days at Tennessee, and in my opinion missed a post-Super Bowl opportunity to speak out on sexual violence against women, especially on campuses.

At a time when this issue has never been more front of mind, high-profile athletes like Tom Brady also need to call out Republican Donald Trump for his videotaped admissions of sexually assaulting women. It’s not funny, it’s not locker-room talk, and it disqualifies Trump.

We’ve reached a point in the campaign where it’s not enough to distance yourself from Trump. The National Football League, which has a terrible record of failing to properly discipline players for domestic violence and sexual assault, has an obligation to its female fan base to speak out loudly on these issues and to show its players how women should be treated in America.

That includes beloved Colorado sports figures like Manning and Denver Broncos Executive Vice President of Football Operations John Elway, who at the 11th hour has stepped into the political arena to tell us how to vote to (in his opinion) protect the state constitution.

Although I only agree with one of Elway’s three ballot initiative recommendations in a recent campaign ad, I won’t condemn him for speaking his mind on pro-business issues he feels are important enough to take a stance on and risk alienating a certain segment of his fan base.

After all, I stood firmly behind Denver linebacker Brandon Marshall when he lost endorsements for kneeling during the national anthem in order to protest for social justice, and Elway never blasted Marshall for his actions, even though I assume he disagreed with his approach.

Now Marshall is back to standing again for the national anthem — working toward actual solutions to police brutality and social injustice — even if he promptly got knocked down again by the Oakland running game. The team, including Elway, seemed to support Marshall during his protest. but I assume they were not particularly thrilled by it.

I also assume the politically conservative Elway supports Trump, just as his former Super Bowl-winning coach Mike Shanahan did when he hosted a Trump fundraiser last summer and again when Trump campaigned in Denver on Saturday, but maybe not. Elway hasn’t taken a position on the presidential race – just the ballot initiatives – and that’s a problem.

He should have the courage to condemn Trump for his comments on sexual violence against women the way Colorado Republican Sen. Cory Gardner did last month, publicly pulling his support for the most divisive presidential candidate in U.S. history.

A lot of people don’t want to mix their politics and sports because one is an escape from the other, but that hardly seems possible these days as social issues are being taken up by athletes on both sides of the political aisle.

And not condemning truly scary positions on sexual violence, racism and calls for revolution can be just as bad as condoning those things. Trump has hinted at armed insurrection if he loses the election, and some people will read that as permission to hurt the people the GOP candidate has railed against this awful election season – women, immigrants, disabled people and minorities.

Trump has encouraged what could turn out to be overly aggressive poll-watching across the nation ahead of Tuesday’s crucial vote — rhetoric that may be encouraging voter obstruction tactics in Eagle County and other parts of Colorado.

We all have an obligation, regardless of political affiliation, to stand up to and denounce such overt forms of political bullying because it’s leading to an environment of armed hostility and a lack of respect for the federal government.

That anti-government agenda directly impacts those of us living on the Western Slope of Colorado, where federally-owned public lands are a huge part of our outdoor recreation economy. Those lands are threatened by a growing militia push to take over those lands and turn them over for development by private industry.

Our own 3rd Congressional District race between incumbent Republican Scott Tipton and Democratic former state Sen. Gail Schwartz highlights this increasingly bitter debate over how best to manage public lands. Tipton has avoided endorsing or condemning Trump, which is a problem, but he should at the very least condemn the Bundy family militia movement to take over public lands.

Tipton may not be directly advocating for the sale of those lands, but he should stand up to the armed bullies who want to take them over for their own selfish benefit.

Just as politicians and public figures have a duty to call out Trump for his divisive and violent rhetoric, they also must stand down the growing militia movement in the wake of the most bitter election in American history.