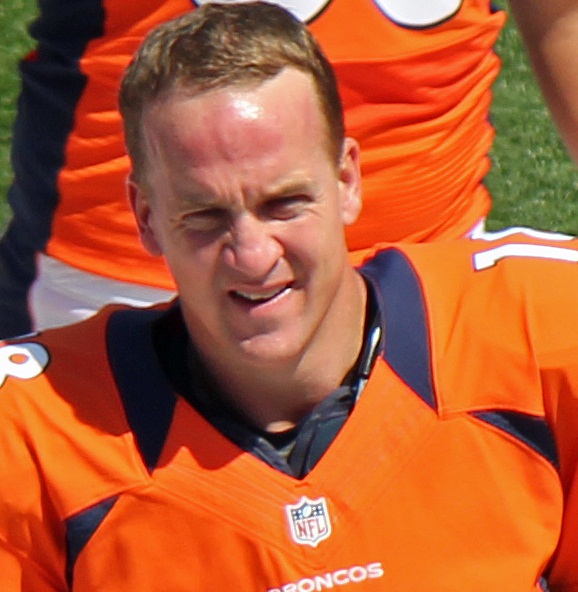 Well, so much for the storybook ending and Peyton Manning gloriously riding off into the sunset after winning a Super Bowl the way his boss John Elway did. After a 20-year-old sexual-assault allegation against Manning in college was resurrected over the weekend, the Denver quarterback’s expected retirement announcement before free agency begins on March 9 is suddenly much more complicated.

At stake is Manning’s legacy as one of the all-time great NFL quarterbacks and likely millions in additional endorsement money, as well as the reputations of the University of Tennessee and the school’s former and reportedly respected and accomplished athletic trainer, Jamie Naughright, who reported the alleged Manning assault in 1996 and later settled out of court.

The 19-year-old Manning was never criminally investigated or charged in the case and denied the assault allegation, instead writing it off as a crude incident in which he dropped his pants to moon another player and Naughright somehow got caught in the crossfire. Naughright alleges Manning put his genitals in her face while she was examining his foot for a stress fracture. She reportedly settled with the school for $300,000 and agreed to leave the university.

The incident only came back to life after Manning and his father Archie wrote about it in a book without naming Naughright but alluding to her “vulgar” character. That prompted a defamation lawsuit from Naughright accusing the Mannings of breaching the confidentiality of the previous settlement, and that case was then settled in 2003.

The resurrection of the case is further complicated by issues of race. Someone sent New York Daily News senior justice writer and columnist Shaun King a filing by Naughright’s lawyers in the 2003 case after he brought up on social media the difference in how Manning and his Super Bowl 50 counterpart Cam Newton were being treated by the media in the aftermath of the game.

Described derisively as a Black Lives Matter activist and vilified by some on the right, King felt it was unfair for Newton — an African American — to be so severely criticized for his surly post-game press conference instead of being praised for his gracious post-game congratulations to Manning, whom King feels was given a pass for the sexual-assault allegations.

I have to admit, Saturday’s piece by King was the first time I’d heard about the University of Tennessee allegations against Manning, although local media apparently reported on the original settlement and USA Today ran a story on the 2003 lawsuit.

On the surface, dredging up the 20-year-old case and posting the alleged victim’s side with no corresponding “facts of the case” from Manning’s lawyers seems like the unnecessary lancing of an old and pustulent wound with the sole intent of smearing the legendary quarterback.

But then came news that Manning was mentioned in a lawsuit filed last week by six unnamed female plaintiffs against the University of Tennessee alleging the school violated Title IX and created a “hostile sexual environment” by ignoring or downplaying assaults by student-athletes, including Manning back in 1996.

Now bear in mind that Manning was never convicted of anything and is not a defendant in the modern-day lawsuit. Still, the more-detailed resurrection of the old case has unleashed a wave of criticism of Manning, who still hasn’t addressed the recent firestorm and likely may not be able to under the confidentiality terms of the two previous settlements.

Now Manning is likely waiting for the storm to die down so he can finally announce his retirement – something he probably now wishes he had done right after the Super Bowl. It will be an awkward press conference, to the say least, and there will no doubt be a lot more reporters there looking to ask Manning some tough new questions about the old case.

The bigger takeaway from all of this may be that once again universities that engage in multi-billion-dollar quasi-professional sports leagues cannot be trusted to police themselves when it comes to superstar athletes at best misbehaving and at worst committing crimes (see CU in the 1980s).

And the Manning family may have engaged in the ultimate act of arrogance by trying to spin the incident in a book. That action alone seems to have opened the door to what is happening now. Had they simply left it all alone, there never would have been a 2003 lawsuit and the damning documents now alive and well and circulating briskly in the social media world of 2016.

Former Rocky Mountain News and Indianapolis Star columnist Bob Kravitz says the explanation for that is simple: Manning holds a grudge and tried to have the last word. The New York Daily News is now doubling down, pointing out the potential harm to Manning’s legacy and the lack of trust he now has on the HGH front. And King is firing back at his critics with both barrels.

The whole Manning-Newton story really is a window into race in this country, which was what I was trying to get at with my click-baiting blog about hating black quarterbacks before the Super Bowl. For those of you who never saw it or didn’t read past the obviously inflammatory headline, I was defending Cam’s pre-game posturing and questioning the motives of his critics.

For the record, I didn’t like how Newton handled himself after the game, but I in no way believe he deserves to be vilified for it. That treatment needs to be reserved for those who do truly terrible things, like Ray Rice beating his wife and Johnny Manziel allegedly hitting his girlfriend. And even they deserve a chance to rehabilitate themselves and make amends.

Seems to me Manning did something very wrong 20 years ago in Knoxville, and his school may have worked overtime to cover it up. There are also allegations from Naughright’s lawyers that Manning and the school tried to blame the incident on black players, which if true is reprehensible.

My first byline in The New York Times came during the Kobe Bryant sexual-assault case here in Eagle County – until the story was yanked from the sports desk and turned over to news. After that I wrote about it for the local paper and other national publications, including a story on the racial implications for the LA Weekly.

Notably absent in the lionization of Bryant during NBA All-Star weekend and his ongoing retirement tour is much mention of that ugly incident at Lodge & Spa at Cordillera, which led to no criminal conviction but was settled out of court. Nor should that be the focus for Bryant now.

Whatever Manning did 20 years ago, he was younger and arguably dumber than Kobe, but that’s no excuse for bad behavior, and the cover-up may wind up being worse than the alleged crime because it could have helped created a culture where other athletes felt immune.

It was all swept under the rug only to resurface at the most inopportune time for Manning, who I’m convinced already had a plan in place with Elway and the Broncos to gracefully go out with style after winning the big game. Now that’s on hold as Manning waits for the storm to pass.

An anti-sexism group called UltraViolet on Tuesday released a statement calling on Manning’s many sponsors to suspend their relationships with the two-time Super Bowl champ and for the NFL, which has been battling one sex-assault scandal after another since the Rice case, to suspend the quarterback as the allegations are investigated.

That may not be necessary if Manning retires, but now even that announcement is a mess, and the glorious career of a Tennessee, Indiana and now Colorado sports icon has been tarnished. Twenty years of great community service and exemplary behavior mitigates some of the sting, but it will take some extraordinary work by Manning to rebuild what’s been lost.

He can start by addressing in a meaningful way the scourge of sexual harassment and assault in college sports and on college campuses in general, perhaps even setting up a foundation to tackle the issue and steering some of his many sponsors toward funding it.