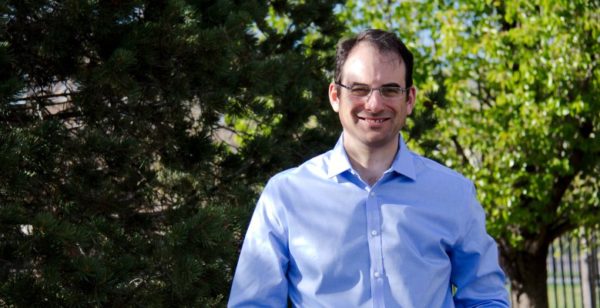 Both the Democratic and Republican candidates for Colorado attorney general last week expressed varying degrees of concern about President Donald Trump’s widely criticized meeting with Russian President Vladimir Putin in Finland on Monday. But the two candidates differed substantially on whether a state AG can do anything about it.

“As Americans we have to fight for our democracy and we have to condemn an attack on our democracy, which is what Russia did,” Democratic candidate Phil Weiser said in Avon on Tuesday. “They want to undermine our democracy, and to have the United States president stand with Putin and say, ‘I believe him’, and fail to condemn this conduct is shocking.”

Weiser, former dean of the University of Colorado Law School and a deputy assistant attorney general in the Obama Administration Justice Department, was referring to Monday’s meeting and Friday’s indictment by special counsel Robert Mueller of 12 Russian intelligence officers for the 2016 hacking of the Democratic National Committee and the Clinton presidential campaign.

“Where are our leaders – George Brauchler, [Sen.] Cory Gardner, others – condemning Trump’s actions, because this is a moment like Watergate when the rule of law and democracy are challenged?” Weiser told Real Vail in an exclusive interview on the topic. Gardner, a Republican, has strongly condemned Russia without directly criticizing Trump.

“When the president acts as if the president’s above the rule of law, when the president acts in a way that is accepting threats to our democracy, others step up and fill the breach,” Weiser added. “A state AG can fill that breach in a few ways. First, moral authority matters here. We’ve got to call out unacceptable conduct and we can’t normalize it.”

Weiser went on to say the state AG can enforce laws the federal government refuses to, such as the Affordable Care Act, as well guard against more election meddling at the state level. Reached by phone in Denver on Wednesday, Brauchler, who switched to the AG’s race after first running for governor, said it’s not the state AG’s role to take on the president. 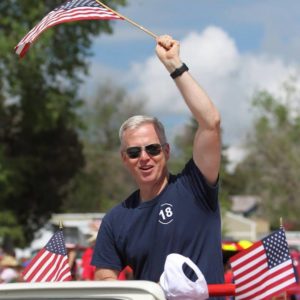 But Brauchler, a colonel in the Colorado Army National Guard who’s twice been mobilized for active duty – including a tour in Iraq – said he is greatly troubled by what he saw from Trump and Putin on Monday.

“It concerns me greatly when any member of the executive branch seems to take issue with our own country’s intelligence versus the position of someone who has been an historic opponent or adversary of us, especially one where the issue is meddling in our elections,” Brauchler added. “That troubles me greatly.”

However, Brauchler says it’s not the role of the state AG to stand up to the president.

“It is a matter of political expedience and hyper-partisanship to suggest that as state AG I’m going to go out there and talk a bunch of smack about the president because that’s what the AG does,” Brauchler said. “The state AG exists to protect the state of Colorado and Coloradans by enforcing their laws and their constitution. That’s what the state AG does.”

It was revealed in September of 2017 that Colorado was allegedly one of 21 so-called “purple” states with fairly even numbers of Republicans and Democrats targeted by social media influence campaigns run by Russian troll farms. In February, Mueller indicted several Russians in connection with those efforts, which were apparently unsuccessful in Colorado.

“We have to make sure that elections operate with integrity, so resist cyberattacks and resist other attacks like dark money,” Weiser said. “There are apparently still questions about how much money the Russians were trying to put into our elections in different ways, shapes and forms. This was a sophisticated campaign.

“I will be fully looking into that. It’s an effort where you need both the [Colorado] secretary of state and an attorney general working together on this issue,” Weiser added. “It is foundational.”

After first attempting to clarify his remarks from Monday’s meeting, Trump on Wednesday contradicted his own national intelligence director by denying that Russia is continuing to target the Nov. 6 mid-term elections. The White House has since denied Trump said Russia is no longer meddling, but on Thursday the president surprised his own intelligence director – who was speaking in Aspen — by inviting Putin to the White House this fall.

Amid all the confusion, Brauchler concurs that protecting state elections is a key function of the state AG’s office.

“If the question is does the state AG have a role in trying to defend our own election process by enforcing our own laws, absolutely — against foreign and domestic, I get that,” Brauchler said, adding that’s the extent of the AG’s involvement in foreign policy. He pointed out that one of Weiser’s primary campaign ads focused on Trump’s election and how to counter his policies.