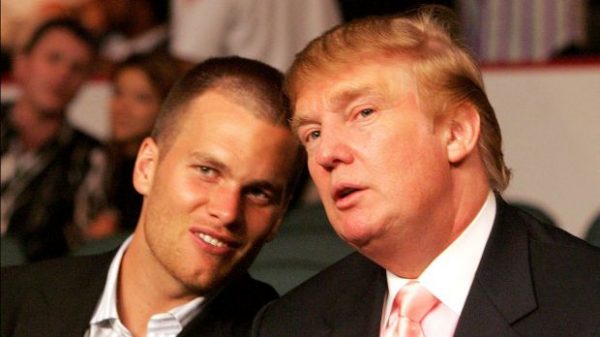 Colorado Gov. John Hickenlooper on Tuesday claimed President Donald Trump weighed in so divisively on NFL civil rights national anthem protests in an attempt to distract the nation from his failures on substantial policy issues. I think it’s worse than that. I think Trump launched his latest culture war to distract us from the growing Russia investigation, his administration’s widespread use of private email and his very own Katrina debacle unfolding in Puerto Rico.

“Do you want my honest opinion? I think President Trump is trying to distract the country away from the failures he’s had — the inability to get a health care bill that both sides could come together on,” Hickenlooper told the Denver Post.

True, and now Trumpcare is fully owned by the administration as it has officially run out of time to pass repeal and replace using reconciliation. All the steps the administration is taking to continue to undermine Obamacare will just hurt Trump supporters right along with the rest of us. But Trump really was laying down much more of smokescreen with his NFL rants than merely covering up his failures on the Affordable Care Act (he really doesn’t care or even understand health care issues anyway).

Trump was trying to distract the news media from a far greater spectrum of failures. Why else would he antagonize his good buddies and longtime supporters in the football-crazed greater Boston area? Remember, Trump blasted former President Barack Obama for weighing in on NFL issues — ironically the topic of the racist Washington Redskins team name.

As a longtime Denver Broncos fan, I really don’t like the New England Patriots — especially on a weekend when they pulled off a dramatic last-second win while the Broncos managed to lose to the lowly Buffalo Bills — but the Patriots lived up to their team name on Sunday when owner Robert Kraft and quarterback Tom Brady blasted Trump for his “divisive” and “deeply disappointing” comments on peaceful player protests against police brutality aimed at African Americans.

Trump has no credibility on protesters, having praised “very fine” neo-Nazis in Charlottesville, or patriotism and what it means to honor the flag. This is man who received no fewer than five deferments to avoid serving in the Vietnam War, then said Arizona Sen. John McCain wasn’t a war hero because he was shot down while flying a bombing mission in that war and spent five years in a Vietnamese prison camp.

Trump’s refusal to condemn Russian meddling in the 2016 election, even as his son, son-in-law and campaign manager met with Russian operatives to get dirt on Hillary Clinton, is further proof of the president’s treasonous disdain for our military, which since the end of World War II fought against the Soviets on so many fronts in the deadly and decades-long Cold War.

My late father served in both the Cold War and the Vietnam War, and he would have been appalled by protesters taking a knee during the national anthem at sporting events. But, as a career U.S. Air Force officer who served around the globe, one of his favorite quotes was this one from Evelyn Beatrice Hall: “I disapprove of what you say, but I will defend to the death your right to say it.”

Instead of strongly condemning KKK members and neo-Nazis allegedly rallying in Charlottsville to defend symbols of slavery and violent civil war against the United States, Trump went out of his way to say there were “some very fine” people among the white supremacists who sparked violence that claimed the life of one counter-protester.

And then Trump threw gas on the civil-rights NFL protest movement at a rally in Alabama on Friday by calling Colin Kaepernick and other NFL players taking a knee during the anthem “sons of bitches” who ought to be fired by NFL owners. All of those players have been peaceful in their protests, bravely risking their careers to defend voiceless African Americans who are much more likely to be killed by police in this country than white people. Black people are also much more likely to be stopped by police.

Think about living in a country where you’re more likely to be pulled over by police than your neighbor, and then twice as likely to be shot and killed by them. Would you pledge blind allegiance to the flag and stand for the national anthem? Or would you try to raise awareness and effect change by peacefully kneeling?

Any company like CenturyLink that threatens or decides to pull endorsement deals from athletes for trying to raise awareness of this critical civil rights issue ought to be the subject of a much more intense boycott than the NFL is facing.

Not only is Trump doing nothing to solve any of these problems, he actually put a white-hot spotlight back on the NFL protests after they had mostly died down, and he did it for his own selfish purposes.

He is purely focused on his own goals of dividing and conquering the electorate through bigotry, and for that we should all unite in boycotting his hateful agenda instead of a sports league that responded with a mostly unified message of disgust for the president over the weekend.

Brady and Kraft, of course, helped Trump get to the White House despite his obvious record of racist and sexist behavior, but at least now they’re condemning the president before he does irreparable harm to our nation. Let’s hope more members of Congress show the courage of McCain and do the same … before it’s too late.