Democrat Hillary Clinton promises “I am with you” to Mexican immigrants (Clinton campaign photo).

Hispanic moms in an Eagle County, Colo., parent-mentoring program in the local school district say their children have been coming to them with some very troubling questions during this tumultuous and racially charged presidential political campaign.

Parent mentors in the Eagle County School District recently told The Rocky Mountain Post that children have been talking about the election both on and off school campuses and many are worried that their families may be broken up if Republican Donald Trump is elected next week.

Trump kicked off his campaign last year promising to build a wall on the Mexican border and to deport the estimated 11 million illegal immigrants living and working in the United States. He has since doubled down on his anti-immigration positions after initially backing off. 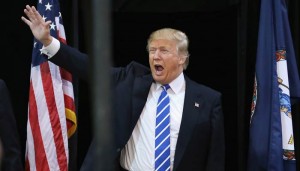 “My daughter is six years old, and when they’re outside playing in the playground she comes and asks me, ‘Who are you going to vote for? Don’t vote for [Donald] Trump because that guy is going to send us all to Mexico,’” said Lupe Montes, a second-year parent mentor who has a child in Brush Creek Elementary and another in Eagle Valley Middle School.

“Not with the teachers, but with other kids they talk about it, and then she comes home and she’s all nervous and she’s like, ‘Mom, don’t vote for him,’ but they’re all talking about it.”

Montes has lived her whole life in the United States, and she became involved in the parent mentor program to advocate for disabled children and to help other parents who don’t know how the school system works.

Luz Parra, a parent mentor at June Creek Elementary School in Edwards, said Trump’s anti-immigrant presidential campaign has given permission to children to be cruel.

“What I see is kids showing attitude,” Parra said. “Some kids at school are citizens and some are not, so citizens are bullying non-citizens.”

But other mentor moms have seen some hopeful signs.

“Outside school two eight-year-olds, one Hispanic and the other was Anglo, were talking about who was going to be the next president, so the Anglo kid said he was going to vote for Trump because you speak Spanish and you should go back to Mexico,” said Selene Ovalle.

“So another friend just got in between them and said, ‘No, you have a value of two because you speak Spanish and English. You don’t need to go anywhere. You should stay here. We’re all the same, equals. We need a good leader because we are all equal.”

In Eagle County, a resort area dependent both on international tourism and an immigrant labor force, parent volunteerism comes with its own set of multi-cultural, multi-lingual challenges. In Mexico, parent volunteerism in public schools is neither required nor desired, so it’s tough to change attitudes for Mexican immigrants living and working in the United States, experts say.

The local parent-mentoring program, modeled after a successful program in Chicago, has helped to meet some of those challenges.

The initial goals for the program were to increase the number of minority volunteers in the school system, improve the classroom experience for students and teachers and build a better understanding of how the school system works. And with parent mentor volunteers and coordinators working two hours in the classroom four days a week in eight different local schools throughout Eagle County in 2015-16, those initial modest goals were quickly met.