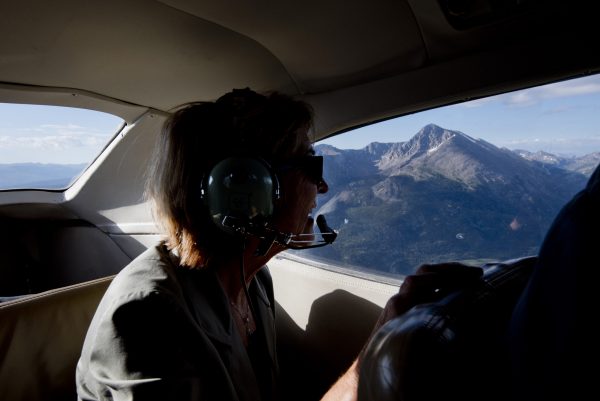 Who says Congress can’t get anything done? Well, a lot of people. But on Tuesday the House of Representatives actually passed a bipartisan bill that should prove very helpful for the town of Minturn. Sponsored by U.S. Rep. Jared Polis, D-Boulder, it’s called the Bolts Ditch Access and Use Act.

If it passes in the Senate, where Colorado Sens. Michael Bennet and Cory Gardner have introduced a version in the upper chamber, the bill would allow the town of Minturn to access Bolts Ditch in order use existing water rights to fill Bolts Lake. Right now that’s problematic because Bolts Ditch was accidentally included in the Holy Cross Wilderness Area back in 1980.

That’s why it’s a good idea to get all the local water authorities and local governments on board before proposing wilderness legislation. One of the big hurdles in drafting a Senate version of Polis’ Continental Divide Wilderness and Recreation Act was understandable resistance from the Eagle Valley Water and Sanitation District, which wants to maintain access to water sources in any proposed additions to the Eagles Nest and Holy Cross Wilderness Areas.

“Eagle River Water and San has been kind of a thorn, but it sounds like they’ve got things worked out,” Eagle County Commissioner Kathy Chandler-Henry said during an EcoFlight flyover of the proposed wilderness additions last month. “All of that [access for management of water resources] is in the language already, and I’ve heard they’re ready to say OK.”

Multiple sources tell RealVail.com that adding Camp Hale and water issues were the two biggest sticking points but have largely been worked out and that Bennet hopes to introduce his version of the bill, including a new National Historic Landscape designation for Camp Hale,  before the current session ends in December. Here’s the full Polis press release on Bolts Lake:

WASHINGTON – Rep. Jared Polis (D-Colo.) today passed the Bolts Ditch Access and Use Act (H.R. 4510) out of the House of Representatives. This bill directs the U.S. Department of Agriculture to authorize special use access of Bolts Ditch for the diversion of water and maintenance by the town of Minturn, Colorado.

“This bill provides the Town of Minturn access to clean and affordable drinking water while preserving the sanctity of the surrounding wilderness areas,” Rep. Jared Polis said. “We can all agree that water is a precious resource, and we must be deliberate about how we use it. The efforts by our residents, the conservation community, and water utilities displays how we can work together to resolve a long-term problem, and I look forward to swift passage by the Senate.”

“The Town of Minturn has actively pursued a common sense solution to fill Bolts Lake,” Matt Scherr, mayor of Minturn, said. “This bill will give our community the ability to use existing water rights and obtain clean water without harming the wilderness. We commend Rep. Jared Polis for his leadership in the House of Representatives on passing this practical bill, and are excited that it’s one step closer to becoming law.”