While President Donald Trump mocked Democrats for “caving” on last weekend’s brief federal government shutdown, Colorado Democrats are still holding out hope for a deal to protect Dreamers by the new Feb. 8 deadline. 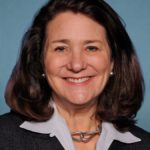 “It is good news that CHIP is now fully funded,” Hickenlooper said. “We hope and expect that DACA families will, at the least, be granted deferred action in the coming weeks, and be able to achieve some piece of mind. And a longer-term budget solution wouldn’t hurt either.”

Also last fall, Trump opted not to continue the Deferred Action for Childhood Arrivals (DACA) program that protects the children of immigrants from deportation and allows them to work and study here legally if they registered with the federal government and stayed out of trouble with the law.

That popular Obama administration program expires March 5, and Republicans are holding out on codifying it into law in exchange for tougher immigration enforcement and border security, including a wall along the Mexico border Trump promised that country would pay for.

Senate Minority Leader Chuck Schumer has now pulled any Democratic agreement to fund a border wall in exchange for DACA off the table.

It would appear the same showdown over the same issues has now simply been pushed off until Feb. 8. Trump again mocked Schumer on Twitter on Tuesday:

Cryin’ Chuck Schumer fully understands, especially after his humiliating defeat, that if there is no Wall, there is no DACA. We must have safety and security, together with a strong Military, for our great people!

U.S. Rep. Diana DeGette, a Denver Democrat, explained her no vote on the continuing resolution deal that funds the federal government for a few more weeks but did not contain elements key for her support:
“We urgently need funding to address the opioid crisis and disaster relief for Puerto Rico and the Virgin Islands, where funding could make the difference between life and death for some of the most vulnerable among us.
“There are nearly 800,000 Dreamers who could be deported in March if Congress doesn’t act. Many of the Dreamers live right here in Colorado, and they are a vital part of our communities. Despite many promises, Republicans have done nothing to protect them.
“The GOP cannot continue to fund the government 3 or 4 weeks at a time — it is legislative malpractice. With the Republicans controlling the White House, the Senate and the House, that is no one’s fault but their own.
“While I voted against the stopgap spending bill, it passed in the House — so now we have three more weeks of funding and three more weeks of fighting back.”