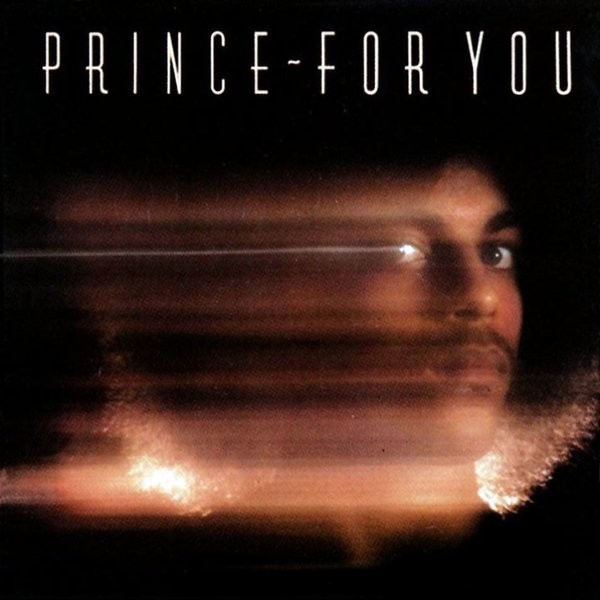 Prince’s first album, ‘For You’.

With more information coming out about the health of Prince in the weeks and months leading up to his death on April 21 — from revelations by his former chef to reports about his possible prescription pain pill use — the loss of his musical genius becomes more painful by the day.

And it has many of us lifelong fans looking back at remarkable career that spanned five decades. The song that really made me a fan of Prince for life was “I’m Yours” on his 1978 debut album “For You.”

For a musically confused 13-year-old growing up in suburban Washington, D.C., that one amazing song by a then 18-year-old Minneapolis musician contained everything important to me at the time: pure, unadulterated funk mixed with insane guitar virtuosity.

A big fan of the funk genre at the time and artists like Earth, Wind & Fire and Rick James, my brother Dan had traded three albums for the then-unknown Prince debut. But we were also starting to listen to 60s and 70s guitar bands like Led Zeppelin and Deep Purple. Strange mix, right?

I kicked off my newspaper career selling the now-defunct Washington Star in the Crystal City Metro stop in Arlington, Va., where I had a small boom box and would crank mix tapes while slinging papers for 15 cents a copy.

A fellow paperboy ridiculed my funk selections and told me to check out the new self-titled album by Van Halen, especially the guitar work of Eddie Van Halen on Eruption. It was impossible to deny the guitar mastery on that less-than-two-minute track, but my friend also couldn’t outright reject the unbelievable musical skill of Prince on “I’m Yours”.

It was mind-blowing to my brother and I that Prince played every instrument and laid down every track on that song. The “hit” on Prince’s first album would always be Soft and Wet, but for me, Prince defined early on by “I’m Yours”. It’s innovative and iconic, just like the man himself.

Of course, the year after I graduated from Denver’s Manual High School I loved Prince’s 1984 “Purple Rain” commercial success all the more because I was an original fan dating back six years to his debut, but my funk phase was largely over, and my tastes had morphed into a hybrid of new-wave, hard-rock and retro.

A Colorado music fan by then, here are just a few of the best concerts I saw starting in the early 80s and over the course of the next 15 to 20 years all over the state:

The Talking Heads, U2, Allman Brothers, Red Hot Chili Peppers, Grateful Dead at Red Rocks; Frank Zappa and U2 at the Coors Event Center in Boulder; the Rolling Stones at Folsom Field in Boulder; Pearl Jam at the Paramount Theater in Denver; Stevie Ray Vaughan at the old Rainbow Music Hall in Denver; Carlos Santana at the Rainbow and then again at Gerald R. Ford Amphitheater in Vail with Phish (Carlos and Trey Anastasio jamming on the same beautiful stage); and David Bowie and Moby at the Area2 show in Denver.

But it was a show at the Pepsi Center in 2004, where each concertgoer received a free copy of his “Musicology” CD, that finally delivered the live performance I’d waited a quarter century to see: Prince in concert.

“While a majority of his fans aren’t aware of the 13-14 albums Prince released between 2000 and his passing, they regularly jumped at any opportunity to see the artist live and in person. When Prince played two back-to-back arena concerts at Denver’s Pepsi Center in August 2004, ‘he jump-started the already electric crowd with ‘Musicology’ and a hit-laden medley made up of a funk-infused ‘Let’s Go Crazy,’ ‘I Would Die 4 U,’ ‘When Doves Cry’ and a ‘Baby I’m a Star’ that was more of a meditation on gospel than it was a pop landmark,” former Denver Post music critic Ricardo Baca wrote.

Baca added that “when Denver Post arts writers in 2009 looked back at the most memorable concerts to ever play at the busy arena, that Prince show ranked No. 1.”

I would definitely put it among my top Colorado concerts, but I also saw U2, Lady Gaga and Sting at the Pepsi Center, so I’m not sure I can rank it as the best Pepsi Center show I’ve ever seen. It definitely topped the time I saw Van Halen there. And looking back now I realize how timeless Prince’s music was, and is, compared to those other acts.

What I remember most about that Prince show with my wife Kristin in 2004 was being handed a free CD of “Musicology” and thinking how innovative it was to so openly distribute his music that way, and then the sheer talent on display in that “hit-laden medley.” The entire concert was definitely memorable and fulfilled a lifelong desire to see “The Artist.”

Like watching or listening to great musical innovators such as Santana or the late David Bowie, the transcendence of the artist is what’s so striking, and their ability to lose themselves in their instruments. I remember seeing Vaughan in the 80s, with an audience full of Bowie fans because the rocker made Bowie’s “Let’s Dance” album, and feeling like I was at a Jimi Hendrix show.

I had that same feeling at Prince in 2004, and then I was struck again by the many sides of the artist and the man watching the Saturday Night Live tribute last weekend. He really was an amazing convergence of influences that became an influence unto himself, and I was blessed to have been a fan from early on in his career and to finally see him live 12 years ago.