Colorado Gov. John Hickenlooper is taking steps to stabilize the state’s health insurance markets in the wake of Trump administration efforts to undermine the Affordable Care Act through executive orders.

“The White House’s action today threatens to make health insurance more expensive and less stable,” Hickenlooper said Thursday. “It sabotages the protections many Coloradans rely upon and makes it easier for insurance companies to deny Coloradans the care they need. This order will destabilize health insurance for small businesses, ultimately resulting in higher premiums.” 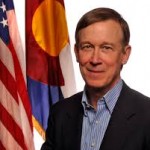 “Cutting the cost sharing reduction payments is cruel and irresponsible,” Hickenlooper said. “Beyond the 45,000 Coloradans who rely on this program to make insurance more affordable, hundreds of thousands of Coloradans will see their premiums increase even more. It threatens coverage for Coloradans with chronic diseases or disabilities, potentially putting health care out of reach for those who need it the most.

“We urge the administration and Congress to end partisan efforts to dismantle the Affordable Care Act and work across the aisle, and with governors, to find real solutions so that families and small businesses have access to affordable quality health care,”  Hickenlooper added.

.@POTUS decision is a cruel move that will raise premiums for those who can least afford it. https://t.co/QN5rYMi6RN

Even Republicans joined in criticizing the move. Ileana Ros-Lehtinen, a Florida congresswoman, pointed to Trump’s campaign promise of affordable health care for everyone:

Cutting health care subsidies will mean more uninsured in my district. @potus promised more access, affordable coverage. This does opposite.

Hickenlooper has ordered steps in Colorado to keep coverage levels the same, even as he implores Congress to act in order to shore up the ACA and render Trump’s orders irrelevant.

“I’ve asked Lt. Gov. Donna Lynne and Insurance Commissioner Marguerite Salazar to ensure that access to care and coverage remains throughout Colorado. We have said all along that we don’t believe changes to the Affordable Care Act should force people to lose health care,” Hickenlooper said.

“Congress should immediately fund the cost sharing reductions through at least 2019. The administration and Congress should work in an open, bipartisan way to stabilize the individual market and make quality health insurance more affordable for all Americans. Governors are willing to work with Congress to stabilize our health insurance markets, but to undermine the individual market is cruelty without benefit.”

In fact, Trump famously called the House version of repeal and replace, which passed by a handful of votes in May, mean, imploring the Senate to do a better job. That never happened, and now Trump is taking steps that mirror many of the effects of the unpopular American Health Care Act that narrowly passed the House but never had a chance in the Senate.