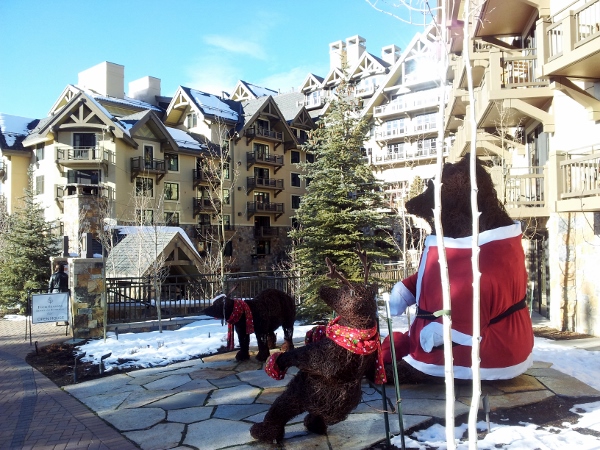 Posh ski resorts in Vail, Aspen and Park City have long been playgrounds of the rich and famous, but increasingly they’re fertile ground for political fundraising and slope-side schmoozing between lobbyists and members of Congress.

Democrats and Republicans alike take advantage of a loophole in federal law that allows campaign and political action committees (PACs) to fund ski trips that aren’t considered direct gifts – which are prohibited under a 2007 law – while lobbyists and corporations foot the bill.

A number of lobbyists from such companies as Shell Oil and PPL Corp, a major eastern utility company, also attended. Several of the congressman spent two and half hours noshing on wild boar bacon-wrapped prawns and lobster and scallop tacos in a private room called Out of Bounds at Flame restaurant.

“It’s a fundraiser,” Rep. Smith said after the dinner, deflecting questions about how such trips align with his conservative fiscal values. “Well, I mean, fundraisers vary in terms of their approach and this was a good way to raise some funds. With the holidays here it seems to be a good critical mass.”

Whitfield, hosting a cocktail reception the same evening in the $8.75 million penthouse apartment at the Four Seasons, urged his guests to enjoy themselves: “The most important thing is we want all of you to have fun, because I know we’re going to have a lot of snow tomorrow. Thank you again for your support and continue your celebrating tonight.”

An Aderholt invitation to the Winter Escape to Vail suggested $2,500 PAC contributions and $1,500 personal contributions.

“An informal setting is an effective way to build a better relationship,” a health care lobbyist who attended the Vail event told The New York Times in a story that ran Monday. “It’s a way to get some large chunks of a lawmaker’s time.”

At least one other Vail visitor that weekend called such lobbyist junkets “out of control.”

“I’ve been coming here since the early 70s and I’ve never seen fundraisers during peak ski season, the holidays. So, unless they’re skiers, get them out of here,” said Grant Bonser of Chicago, who was passing by the Four Seasons that day.

“They want a free ski vacation. The point is you get more attendance when you do it in places like this. We’re in a town of 1-percenters, so let’s not kid ourselves,” added Bonser, who described himself as politically and fiscally conservative. “This whole lobbyist thing is totally out of control to begin with – either party, doesn’t matter.”

“I don’t know, it seems kind of curious,” Milhoan said of out-of-state lawmakers attending fundraisers at posh ski resorts. “The whole thing [fundraising] is ludicrous right now. On top of the fact that we’ve got this staggering debt, we’re also spending enormous amounts of money to get people elected, and they don’t seem to reduce the debt. They increase it when they get into office, and it’s a self-perpetuating nightmare.”

Bonser joked that both political parties should stay away during peak ski season.

“In the 70s we had [President Gerald] Ford here and he’d screw up the lift lines totally,” Bonser laughed. “And then two years ago we were at the Swiss Chalet [in Vail] and Michelle Obama was here and screwed things up again.”