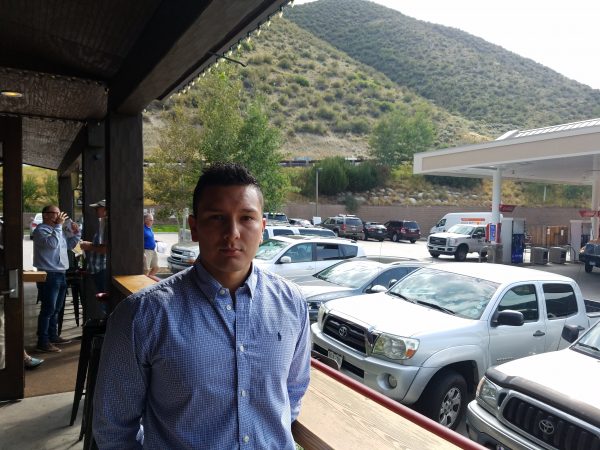 At age 21, Alex Trujillo has accomplished a lot in life. He’s an SOS Outreach graduate and former SOS Sherpa who mentored other at-risk kids, and he’s a graduate of both Battle Mountain High School in Edwards and Colorado Mesa University in Grand Junction.

In a labor-starved tourism economy like Eagle County’s, Trujillo seemingly has everything you’d want in an employee – except citizenship.

Trujillo’s parents brought him to Eagle County from the Mexican border state of Chihuahua when he was just five years old. They were looking for work and a better life, but Trujillo had little say in the matter. Eleven years later, after attending Edwards Elementary School and Berry Creek Middle School, Trujillo realized he was different from his friends at Battle Mountain.

“I couldn’t work,” said Trujillo, who was 16 at the time and wanted a job and driver’s license like a normal teen. “All of my friends that were citizens all started to work at age 16 or even younger. I couldn’t start working because I didn’t have the legal stuff. I would just ref soccer games or help whoever needed help, mowing lawns or whatever, just to get cash.”

But two things changed for him starting in 2012 when then President Barack Obama signed an executive order implementing the Deferred Action for Childhood Arrivals (DACA) program.

First, Trujillo would be able to obtain a two-year work authorization under DACA that allowed him to legally work and study in the United States as long as he stayed out of trouble with the law. Second, he became eligible for in-state tuition at Colorado colleges when Vail’s own former state Sen. Mike Johnston sponsored and helped pass the Colorado ASSET law in 2013.

When he turned 18 in 2014, DACA card in hand, Trujillo was able to work his way through college at Colorado Mesa, earning a degree in kinesiology with a minor in business administration. He felt secure from possible deportation to a country where he was born but has never returned, and happy to be contributing to the well-being of his family and community.

Then last year, everything changed again. Trujillo’s two-year DACA registration, which includes being fingerprinted and regularly checking in with federal immigration officials, expired. And President Donald Trump, running on an anti-immigration platform that included a promise to repeal DACA, won the White House in November.

Trujillo’s senior year at Mesa was a very nervous time for him. He wasn’t able to renew his driver’s license or work legally because his DACA authorization had expired, so he stayed close to home near campus, not going out much with friends in Grand Junction and basically keeping a low profile. He was even afraid to come home to the Vail Valley on break.

“There was some fear,” Trujillo acknowledged, as rumors swirled about Immigration and Customs Enforcement (ICE) agents cracking down in Eagle County and across Colorado, even snapping up low-level criminal offenders at courthouses locally and around the nation, including a few DACA recipients.

After several tense months, Trujillo was recently able to renew his DACA application for another two years – this time under the Trump administration – and he’s back home in Eagle County and working legally for an Edwards-area restaurant. 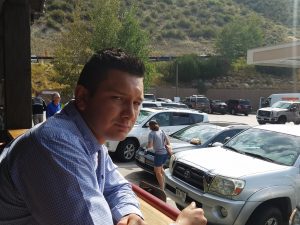 Talking exclusively to RealVail.com, Trujillo is not at all discouraged by his experiences. He doesn’t talk about fairness or political uncertainty. He understands he’s not a citizen and therefore has to adhere to everything the government wants him to do, including avoiding any legal trouble whatsoever. And he knew delays would occur during the political transition.

“It took me this time a little more time to get [DACA], and I understood because there’s a new president coming in, but I finally received it, so now I’m able to just work legally again and that’s really good,” Trujillo said.

Trump has backed off his campaign promise to repeal DACA since winning the White House, saying he would “show great heart” in dealing with DACA recipients. There are more than 750,000 people in the program nationally, including nearly 18,000 in Colorado and nearly 200,000 renewals since Trump’s inauguration in January.

But now a group of 10 Republican attorney generals (not Cynthia Coffman in Colorado) and the governor of Idaho have given the administration until Sept. 5 to repeal DACA or face the legal consequences. Some Trump administration officials have questioned the constitutionality of DACA, leading observers to believe the Justice Department won’t defend the program.

“I don’t want to get into the politics of Obama or President Trump,” Trujillo said. “It’s just, if you’ve done your job and you’ve done what you’re supposed to do, you should be able to renew your DACA. I’m trying to think more positively, but you’ve also got to think about the negative stuff because I’ve dealt with that before too.”

Pete Boogaard, currently a spokesman for the tech-industry immigration reform lobbying group FWD.us, previously worked for four years in communications at the Department of Homeland Security. His job was implementing the DACA program for the Obama administration under former DHS Secretary Janet Napolitano.

“These individuals have been told by the president of the United States that they shouldn’t be worried, that he wants to do right by them, that he wants to take care of Dreamers,” Boogaard said, adding that the current administration’s renewal of Dreamers like Trujillo gives it some ownership of DACA. “This is not just an Obama program; this is a Trump program now as well.”

FWD.us and other immigration advocacy groups are hoping for a legislative solution such as the bipartisan Dream Act or the RAC (Recognizing America’s Children) Act, which is co-sponsored by Colorado Republican Mike Coffman and 18 other Republicans.

“It’s so important to recognize that young people who were brought here as children, who grew up here, went to school here, and who often know of no other country, be allowed to legally remain in the United States,” Coffman said in a press release

U.S. Rep. Scott Tipton, who represents Colorado’s Western Slope, is not one of those GOP co-sponsors. A spokeswoman for Tipton this week did not respond to a request for the congressman’s stance on the state attorney generals’ challenge of DACA and the looming Sept. 5 deadline, but in the past Tipton questioned the program’s constitutionality.

“Instead of acting unilaterally, [Obama] should have worked with Congress to enact real immigration reforms to provide options for children who had no say in being brought to the United States at a young age,” Tipton said, adding he hoped for a “compassionate and sensible” legislative solution in the current Congress.

Various iterations of the Dream Act, introduced last month in the Senate by Republican Lindsey Graham and cosponsored by two other Republicans and five Democrats (none from Colorado), have been unsuccessfully introduced dating back to 2001. The current Congress appears just as gridlocked on immigration reform, but Trujillo remains hopeful.

“[DACA] should be a law, and it should be an easier pathway to become a citizen, because you’re showing proof that you’re paying taxes, that you went to school, you got a college degree, that you’re helping out, that you’re bringing in money for the town that you live in,” Trujillo said. “It would eliminate the fear of not being able to renew it.”

And he hopes that someday citizenship could lead him back to his birthplace to visit family, as the DACA program only allows for emergency trips back to Mexico.

“I would love to go, and I would love to see some family and stuff, but I’ve lived here for a long time too, and I want to wait until I actually get my citizenship so I can go there and visit and be able to come back with no excuse of just going there for an emergency,” Trujillo said.