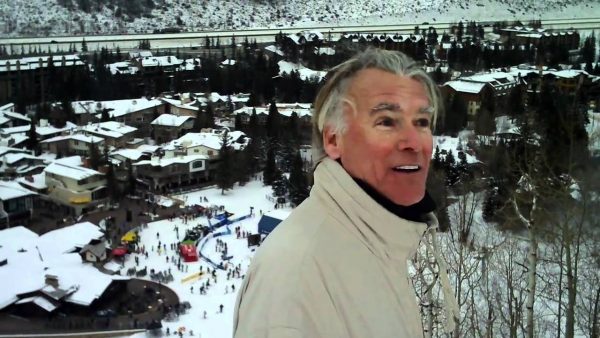 One of the roles of a blog like mine is to point out erroneous information, holes in coverage, necessary context or suggest potential future story lines to mainstream media publications, which these days are overwhelmed by staffing cuts and more news than they can possibly handle. How else to explain the lack of context in the Vail Daily’s recent profile of Republican businessman Michael Dunahay, who’s running for Eagle County commissioner?

Under the headline “County commissioner candidate: Dunahay brings business savvy, success” on Oct. 6, the local newspaper of record provided a typically folksy profile of Dunahay by longtime staff writer Randy Wyrick. Toward the end of the article, Dunahay criticizes the proposed affordable housing sales tax for its lack of specificity and its potential to expand government, and then he explains he’ll set up a public-private partnership to manage such a tax if voters approve it.

That’s all fine. There should be a solid plan for actually building and managing affordable housing if the tax passes. I’m just not sure Dunahay is the right guy for the job … and here’s why. At the end of the article, under the header “Owning the Spaceship House,” there’s a brief passage about how Dunahay bought what is actually known nationally as the “Sleeper House” because it was used in Woody Allen’s 1973 film “Sleeper”.

Dunahay bought the place for $3.4 million in 2006 and lost it in 2010 in a foreclosure auction, where someone bought it for $1.5 million and reportedly had some difficulty getting Dunahay to leave. These are all facts available in fairly reputable newspapers on both the left (New York Times) and right (Wall Street Journal). But facts conspicuously absent in the Vail Daily story.

Besides erroneously calling it the “Spaceship House,” Wyrick’s story leaves these key details out and instead notes that the “savvy and successful” Dunahay used the house to host “countless charity events raising millions of dollars for all kinds of Colorado causes.”

That’s admirable, but the reason Dunahay lost the property would be also be instructive. Instead, the article concludes, “People still stop him, smile and tell him they went to a party at his house. When he left the Spaceship House, he moved to Vail full-time.” 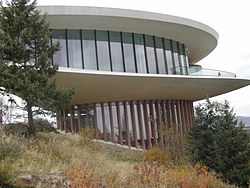 Now I am in no way suggesting losing a property in foreclosure or in a short sale during the bank-caused, subprime mortgage collapse of the housing market should disqualify someone from holding elected office. If we used that against people, we would have very few candidates left standing in Eagle County. Everyone here either has a personal story of real estate woe or knows someone who was directly impacted by the bubble bursting in 2008.

But I am suggesting this is important information when someone wants to become a county commissioner and manage a desperately needed affordable housing tax to help ease the critical local shortage and allow our businesses to be more competitive with other resort areas.

It also doesn’t take much digging beyond a simple Google search to discover that there are some fairly serious questions about how Dunahay made all the money that allowed him to buy all of his various properties, including the Sleeper House and its iconic “Orgasmatron” elevator.

There are numerous complaints about Dunahay and his Vacation Solutions company on timeshare message boards accusing the company of collecting $3,500 a pop to get people out of timeshare deals but then failing to pay off fees and ultimately filing for bankruptcy, thereby sticking people with their unwanted timeshares after collecting an exit fee. Sure, these are just Internet complaints, but the Times Union newspaper in Albany blogged about one couple’s problems with Dunahay’s company and tried unsuccessfully to get him to comment.

These allegations are at least worth exploring with Dunahay in a campaign profile in Eagle County’s most-read newspaper. But I would suggest there’s a reason Wyrick didn’t go there.

Former Vail Daily publisher Don Rogers once accurately wrote that I drink my blue Kool-Aid by the gallon, and I make no attempt as a journalist to hide the fact that politically I lean to the left. Hell, just check the yard signs in front of my home in Eagle-Vail (whoever recently stole my Clinton-Kaine, I want it back). But Rogers, who moved to California and clearly can no longer serve as a filter for Wyrick, should also have written that his lead reporter drinks his red Kool-Aid by the gallon.

As an example, here’s a very leading question that he recently sent to the county commissioner candidates: “How is the housing tax anything except a locally-funded form of corporate welfare?” Wyrick also has made it clear he strongly opposes the policies of incumbent Democrat Jill Ryan, whom Dunahay is challenging for her commissioner seat.

At a Family Leadership Training Institute event he and I addressed this past spring, Wyrick said he opposes spending any county money to fight climate change – a pet project of Ryan’s. Now he’s made it obvious he opposes the housing sales tax as well, and if you read between the lines of his story, so does Dunahay. What’s interesting is that Dunahay also calls himself a serious environmentalist who has volunteered for the Sierra Club. Where does Dunahay stand on spending county money to fight climate change?

Regardless, Dunahay has offered to donate 10 percent of his county commissioner salary to the Vail Valley Foundation, and that’s commendable because it seems he’s truly committed to charitable acts – and that has long been a hallmark of the Vail Valley.

But these are all questions that matter in an election cycle where Republican presidential candidate Donald Trump openly boasts he was excited for a housing collapse so he could make more money, and this after he wrote off nearly a billion dollars in real estate losses and apparently avoided paying federal income taxes for nearly 20 years. He also used other people’s money for philanthropic causes, and that’s just good business, Trump tells us, after his charitable foundation was shut down for irregularities.

It is one thing to be philanthropic, but it’s another thing to be incredibly generous with other people’s money. We have a very recent reminder of that type of behavior right here in the Vail Valley in the form of Alberto Vilar – someone Wyrick has written about at length. He of all people should be asking these tough questions of political candidates, regardless of their political party.