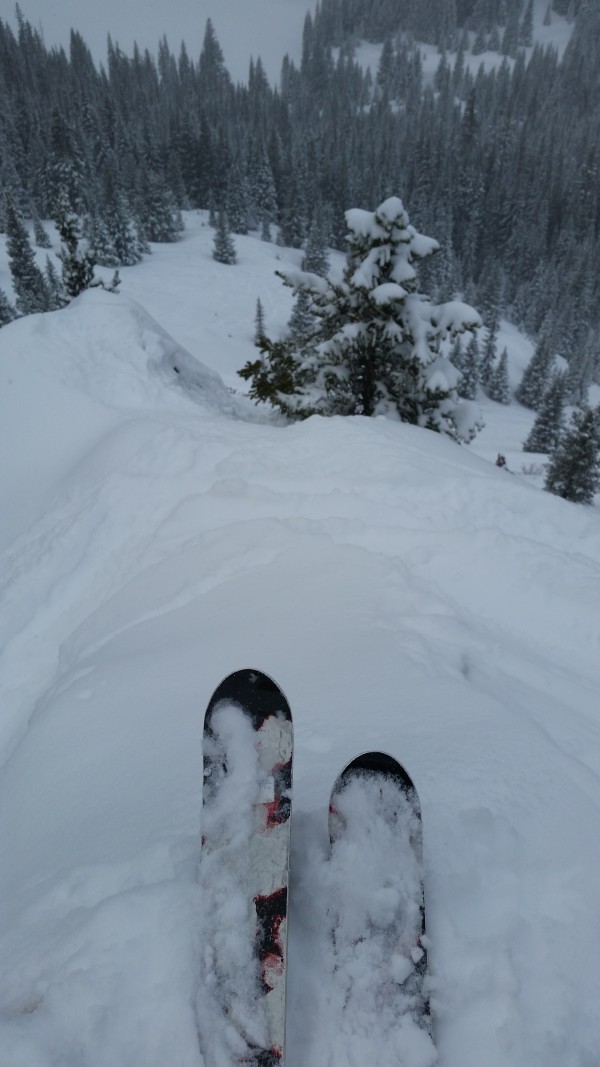 Another week, another foot-plus of new snow in the Rockies. Not only has the recent blast of seemingly continuous snow been good for the snow-pack in the upper Colorado River Basin, it’s also been a blessing for Colorado ski resorts like Vail and Aspen that recently extended their respective ski seasons into April and May.

Vail Resorts on Tuesday announced it will extend closing day at Vail Mountain until Sunday, April 17. With fresh snow falling hard for the last three weeks and more snow in the forecast for next week, ski and snowboarding conditions are the best they’ve been all season. Vail and Beaver Creek both surged past the 300-inch mark this week, leaving them both just a couple of feet short of their seasonal averages.

Vail was originally scheduled to close on Sunday, April 10, the same day as Beaver Creek. Normally, Vail closes one week after Beaver Creek, but with Easter falling early this year (March 27), the resort company had set an earlier closing for Vail. Now the mountain will remain open an additional week.

Aspen Skiing Company on Thursday announced that its Aspen Highlands ski area will shut down on its originally scheduled closing day of April 10 and then re-open the weekends of April 23-24 and April 30-May 1. Of course, Loveland Ski Area and Arapahoe Basin will both be open continuously during that time period.

According to the statewide ski-industry trade group Colorado Ski Country USA, Loveland isn’t closing until early May, and A-Basin will be open until early June. Copper Mountain is also re-opening April 22-24, and Mary Jane at Winter Park is staying open until May 7.

The weekend will be mostly sunny and dry in Colorado’s high country, according to forecasters, with more snow moving in by the middle of next week.

“From today on Friday through next Monday, most of the time will be dry and partly to mostly sunny,” Opensnow.com meteorologist Joel Gratz wrote on Friday, April 1. “Our next chance for snow will be during the middle of next week, roughly around Tuesday and Wednesday, favoring the northern mountains with perhaps 4-8 inches of accumulation. Another storm could bring more snow next weekend.”

My goal every ski season is a modest one: I like to spend a month out of every year on skis, so at least 30 days. I hit that mark on Thursday, and also surpassed the 300,000-vertical-foot plateau — giving me an average daily total of 10,000 feet.

If you’re a hardcore ski bum, you sneer at these numbers. In fact, one friend of mine easily just flew by the million-vertical-foot mark, and I know a lot of Vail Valley residents who record upwards of 50, 60, 70 or even more days on skis. That’s great, but I’m into quality over quantity.

Rarely do I venture out if there’s no new snow on the slopes. I have the same “four-or-more-out-the-door” rule I’ve subscribed to my entire four-decade ski career, so basically you can look at my tally of ski days and tell how many powder days there were this past season.

Thursday at Beaver Creek was another incredibly fluffy day, with 8 inches new after 6 the day before, and it continued to snow lightly throughout the day, so it’s still cold and snowing — meaning Friday could be yet another nice powder day (or at least morning).

That means the current run of powder days that started in mid-March should continue at least through next week, if not beyond.

Here’s the full press release from Vail Resorts on extending the season at Vail:

With nearly two feet of snow in the last week, 25 feet so far this season and powder in the forecast, Vail Mountain will extend its scheduled closing date for the 2015/2016 winter season one week to April 17. The annual Spring Back to Vail event will occur as scheduled April 8-10, including a free concert at Solaris showcasing Chris Robinson Brotherhood on Friday night and the World Pond Skimming Championships on Sunday at the base of Golden Peak.

“Our snow conditions have just continued to get better and better throughout the month and we’ve had some of the best skiing and snowboarding of the year in the past couple of weeks,” said Chris Jarnot, executive vice president and chief operating officer for Vail Mountain, “It’s too good right now not to stay open and give our passholders the gift of another week to get out and enjoy what has been an amazing season at Vail.”

There’s still time to get one more trip in this spring. The extended season offers local and destination travelers the opportunity to book travel for one final winter ski getaway. Book online at www.vail.com/lodging.   All 2015-2016 Vail Resorts season passes will continue to be valid during the extended week.

During closing week Vail plans to provide skiers and snowboarders access to the majority of the Front Side of the mountain as well as Sun Up and Sun Down Bowls, more than 2,500 acres of terrain. Lifts will open at 9 a.m. and close at 4p.m.

The Vail Ski & Snowboard School will be open for private lessons only based out of Lionshead and Vail Village. Reservations recommended for ski school. Please call, (970)754-4300

Dining will be available at Mid-Vail, Marketplace at Eagle’s Nest and Buffalo’s.

Skiers can already begin to plan for 2016-2017. The Epic Pass and Epic Local passes returns for the 2016-2017 season, giving Colorado skiers the best value at the best Colorado Resorts. Purchasing before April 10th lock unlocks Buddy Tickets – providing six discounted single day lift tickets. With just one pass, guests are ready to explore more than 32,000 acres of terrain across 13 world-class resorts in the U.S. and abroad – including Vail, Beaver Creek, Breckenridge, Keystone and Arapahoe Basin in Colorado; Park City in Utah; Heavenly, Northstar and Kirkwood at Lake Tahoe; Perisher in Australia; Afton Alps in Minnesota, Mt. Brighton in Michigan and Wilmot Mountain in Wisconsin.  Please visit EpicPass.com to purchase the Epic Pass or to learn about all Epic Pass options, such as Epic 7-Day, Epic 4-Day  and Epic Local passes. Guests can turn in their day lift tickets this spring and apply the cost towards the price of their pass for next season.  Renew now to lock in next season.

And here’s the Aspen Skiing Company release on extending ski season at Highlands:

ASPEN SNOWMASS EXTENDS SEASON INTO MAY AT ASPEN HIGHLANDS

Aspen Snowmass, Colo., March 31, 2016 – Heavy spring snowfall and the deepest base-depths of the season will extend the season at Aspen Snowmass into May. Aspen Highlands will reopen for the weekends of April 23-24 and April 30-May 1 with 100% of the mountain’s terrain, including Highland Bowl accessed by Exhibition, Loge Peak and Deep Temerity lifts. Hours of operation will run from 9 a.m. to 4 p.m.

Snowfall in the last half of March has been well above average with close to two feet of new snow received in the past seven days. The resorts have some of the deepest base depths of the year with more than seven and half feet on the ground in Highland Bowl and the forecast for April is calling for more snowfall as the El Niño pattern typically sends plentiful moisture across the central Rockies.

“The late season should bring true spring skiing and good winter snow in parts of the Bowl, especially in the G zones which receive Northern sun exposure keeping the snow nice and soft,” says Kevin Hagerty, Aspen Highlands Mountain Manager. “March brought good snowfall so what better way to celebrate the onset of El Niño than two bonus weekends at Highlands. We opened strong and plan to remain that way to May.”

Merry-Go-Round restaurant, located mid-mountain on Aspen Highlands, will be open with food and beverage options and parking at the base of the mountain will be free for the extended weekends.

Daily operations at Aspen Highlands will still end April 10 with the eighth annual Schneetag (pronounced Sch-knee Tog), which invites teams of four to create a craft they will pilot down a slope and attempt to float across a 75 by 20 foot pond. Each team will present a theme and perform a skit before they descend. Entry is free, but pre-registration is required. Visit https://www.aspensnowmass.com/while-you-are-here/events/schneetag to register now.

Available April-June, the Limelight Hotel will once again offer Colorado locals a special lodging rate starting at only $145/night for Standard and Deluxe room types (based on availability), which includes the popular Limelight breakfast spread, free local shuttles, complimentary use of fat bikes, Wi-Fi and more. All other room types are 20 percent off. A valid Colorado ID is required upon check-in. To book now visit www.limelighthotel.com/aspen/offers/co-locals-rate.