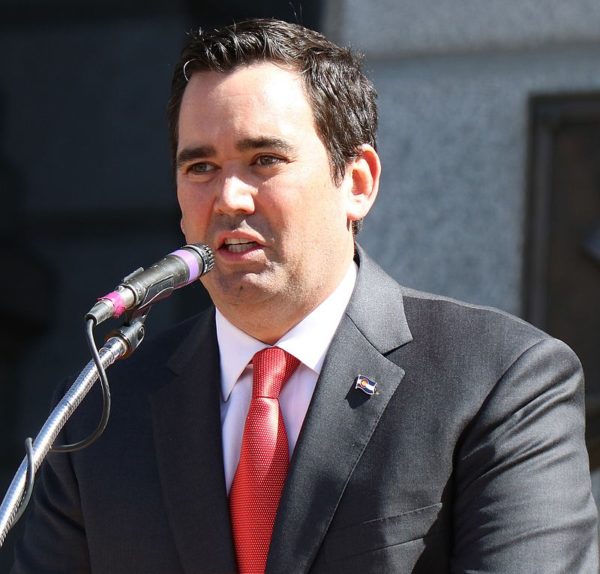 U.S. Rep. Jared Polis, the congressman who represents part of Eagle County, came in a distant second with just under 33 percent of the delegates.

On the Republican side of the governor’s race, current state treasurer Walker Stapleton was the big winner the GOP state assembly in Boulder, taking 44 percent of the vote and earning the top line just a few days after asking the secretary of state to toss out his petitions for the ballot after concerns were raised about their validity. 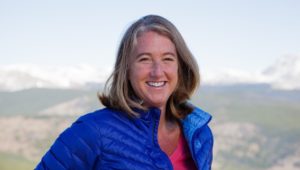 They are all trying to replace Democratic Gov. John Hickenlooper, who is term-limited.

Candidates can petition their way onto the ballot, go through the assembly process or both. At the assembly, candidates must earn 30 percent of the delegates to land on the primary ballot. Coffman did not pursue the costly petition route.

Vail’s Mike Johnston has already petitioned his way onto the ballot, and Lt. Gov. Donna Lynne is still waiting to hear from the secretary of state on whether her petitions earned her a spot on the Democratic primary ballot along with Kennedy, Polis and Johnston. Johnston and Lynne chose not go through the caucus and assembly process.

On the Republican side, Doug Robinson and Victor Mitchell are still waiting to hear if their petitions earned them spots on the GOP gubernatorial primary ballot. Regardless, Stapleton, despite questions over his handling of the petition process and his choice of a petitioning firm, emerges from the assembly as the frontrunner for governor on the Republican side.

Kennedy continues her strong showing from the March precinct caucus process on the Dem side, and has to be viewed a co-frontrunner with Polis. Johnston, a former state senator, sits in third.

“Thank you to all of the Democrats in Colorado who gave up their Saturday to participate in this important, grassroots process,” Kennedy said in a release. “I am so grateful to the delegates who supported me today and throughout the caucus process. This grassroots momentum is going to take me to victory in June and November.”

The Polis camp put out a release touting his gubernatorial candidacy as the only to qualify for the primary ballot through both the caucus and petition process after turning in a record 33,000 signatures — the most in state history without using a paid petition firm.

“I want to thank my incredible team of volunteers and supporters who worked tirelessly all across the state to put us on the ballot. And I want to congratulate Cary — she and her team should be proud of their strong showing today,” Polis said in a release. “Our grassroots operation is already hard at work knocking on doors all across Colorado and communicating our bold, progressive vision to the Democratic and unaffiliated primary voters who didn’t participate in the caucus process.”

“Jared has the bold vision it will take to win this race in November, and he has the experience and track record to turn that vision into reality,” Ryan said in a release. “As the only candidate with experience representing rural communities, Jared will work to bring our Colorado way of life within reach for every family, not just those at the top or in certain parts of our state.”

But Kennedy delegate and former Carbondale trustee Allyn Harvey countered that momentum is clearly on Kennedy’s side after she “mopped up the floor of the First Bank Center” in Broomfield with Polis.

“Remember, in the local caucuses Kennedy had a strong showing with a skosh above 50 percent support, meaning she gained another 11 percent over the last month,” Harvey told RealVail.com. “Kennedy made it clear that Colorado can move forward on improving education, protecting the environment and embracing our diverse heritage despite the Trump administration’s daily attempts to drag the country down.”

Harvey said there was a clear difference in energy levels between the two camps.

“Want to know the difference between Kennedy’s campaign and Polis’s?” Harvey said. “The place to find out was their suites at the First Bank Center. It was standing room only in Kennedy’s room as supporters, volunteers and her energized young staff socialized and speculated while the delegate vote was being counted. Two doors down, Polis’s suite had about four people quietly awaiting the result. It was as if Kennedy had set up a lively brew pub in her suite while Polis opted for a tired suburban fern bar leftover from the 1970s.”

Meanwhile, Vail native Johnston will have a little over two months to make his mark on the campaign trail as he tries to get his numbers up from the 10-percent level with continued strong showings like last week’s Democratic gubernatorial debate.

And the potential women’s wave that could see Colorado vote in its first-ever female governor will now only be possible on the Democratic side if either Kennedy or Lynne (if she makes the ballot) can beat out Polis and Johnston. Coffman’s shocking fall from frontrunner to also-ran leaves GOP hopes solidly in the Stapleton camp.