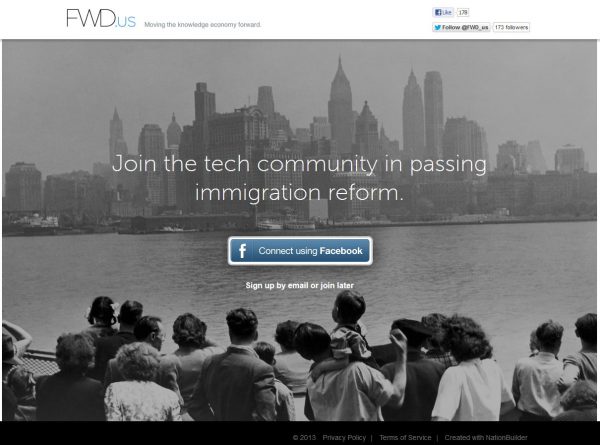 A common theme at a business roundtable discussion of the nation’s broken immigration system Thursday in Denver was that recent Trump administration orders have created an environment of fear throughout Colorado, and that fear is bad for business.

“Throughout the whole group there was solid consensus that everyone was on board with common-sense immigration reform that addresses making sure the border is secure and that we have smart, targeted enforcement, that we are providing a pathway to legal status for those who are living in the country already without documentation and that we are doing what we can to modernize the legal system to make it easier for folks to come and stay and work and start companies – particularly international students who come and study and then have no way to stay,” said Andrew Moriarty of FWD.us in Colorado, a group formed by tech giants such as Facebook’s Mark Zuckerberg and Microsoft’s Bill Gates to push for immigration reform that passed the Senate in 2013 but was never voted on in the Republican-controlled House.

One of the first speakers on Thursday was Marco Dorado, a program coordinator at the Latino Leadership Institute who went to college in Colorado as a recipient of President Barack Obama’s DACA program, or Deferred Action for Childhood Arrivals.

That program, created by an Obama executive order, protects from deportation nearly 750,000 young undocumented immigrants who were brought into the country by their parents at a very young age. It allows them to study and work in the only country they’ve ever called home while staying out of trouble with the law.

President Donald Trump had threatened to repeal the program on the campaign trail but has since indicated he will keep it in place. The program requires finger-print, work and home address registration with the federal government of so-called Dreamers, named for the failed DREAM Act.

“We heard from [Dorado] and multiple members of the audience very clearly saying to the elected officials that we need the BRIDGE Act,” Moriarty said of a bipartisan bill floated this session that would make DACA law. “That was an encouraging thing and a very urgent thing because for that population there’s so much uncertainty right now.”

Attendees, including officials from both the Denver Metro Chamber and the Southern Metro Chamber, also heard stats backing up the economic impact of immigrants in Colorado, where there are 27,645 immigrant business owners in the state generating $1.2 billion annually.

On the education front, foreign students contributed $21.8 billion in tuition and $12.8 billion in other spending to the U.S. economy between 2008 and 2012, and Moriarty said the University of Denver sees enormous economic impact from international students, who have been applying in fewer numbers since the Trump administration immigration orders.

“We’ve been talking a lot about criminals, talking a lot about the people that we want to get rid of, and we’ve lost the thread of talking about immigration reform as an opportunity,” Moriarty said, adding foreign students need to be allowed to stay and continue starting businesses – citing studies that show immigrants are twice as likely as native-born Americans to start a business.

Yet guest worker and visa programs in the United States are 50 years old and outdated for today’s rapidly changing business environment.

“So it was energizing to come back to that and say that if we can fix a broken H1-B [visa] system so that small companies can hire the talent they need, if we can have a functioning guest worker program so that farmers know that migrant workers who have been coming here for generations are going to be able to get their visas approved on time, if we can fix a backlogged green card system so that people who have been living and working in the country for years are able to do that easily, that’s opportunity,” Moriarty said. That’s when things start growing and getting better.”

Instead, some DACA recipients have been arrested and immigrants are now being targeted for very minor criminal offenses instead of the serious crimes highlighted by the previous administration.

“We’re seeing DACA recipients arrested and detained. There’s a lot of confusion and fear and that was a lot of what we heard from folks in the business community is that there is a lot of fear. That word came up multiple times,” Moriarty said.