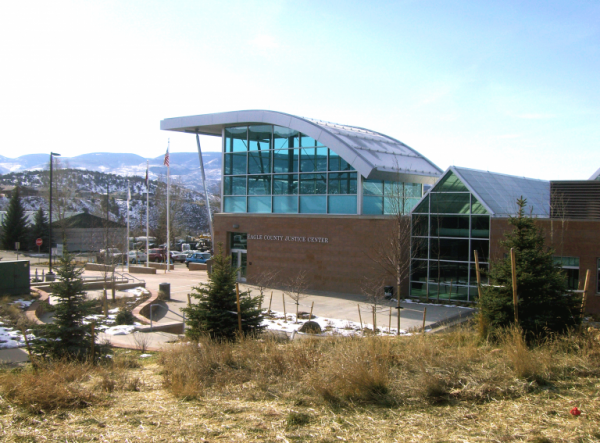 Immigration and Customs Enforcement agents have been much more active in Eagle County courtrooms since February, sources say, disputing what the local sheriff and district attorney told RealVail.com last week.

The stepped up enforcement has increased dramatically since President Donald Trump’s executive order on immigration in February, one source said.

“There has been a significant increase in frequency of ICE officers in the courthouse since mid-February when Trump announced the increased enforcement by ICE,” the source said. “I’d say it has gone from seeing them once or twice a month to seeing them one to two times a week now, sometimes more.”

The source added that ICE agents aren’t just targeting serious felony crimes like sexual assault and drug trafficking – policy under the Obama administration — but are now going after undocumented residents convicted on misdemeanor charges, including driving under the influence.

“I have seen multiple offenders detained [for possible deportation] who only have misdemeanor charges,” the source said.

An ICE spokeswoman in the regional office in Denver did not return phone calls and emails requesting comment for this story. But, according to the Guardian newspaper, ICE deportations nationwide were only slightly higher in January and February of this year (35,604) compared to the same period last year (35,255), and Mexico’s foreign minister said the number of deported Mexicans has actually declined.

However, the same article reported an increase in official contacts from concerned parties fearful of ICE raids and wondering what to do in the event they are detained by federal police.

Inga Causey, a local attorney who does civil litigation and represents victims of domestic violence and sexual assault, has launched a committee called the Sanctuary Project that’s attempting to partner with local nonprofits to draft a resolution to present to the Eagle County commissioners that would declare sanctuary status for the county if approved.

But Causey admits such steps will only go so far in slowing what she says is increased ICE presence targeting the local immigrant workforce.

“These towns and the county can agree all they want to not utilize their resources to deport immigrants, but it’s my understanding that ICE has been coming into the courthouse and waiting for defendants, even DUI defendants, and then taking them into custody,” Causey said, adding that will have a chilling effect on local law enforcement efforts.

While disputing assertions that ICE has significantly stepped up enforcement this year, both Sheriff Van Beek and DA Brown are concerned that crimes may go unreported and witnesses won’t testify if people are afraid to come to the Eagle County Justice Center.

Van Beek said his department is not enforcing ICE detainers but does provide the federal agency with the name and nationality of everyone arrested and booked into the jail.

“We’re going treat everybody exactly the same way that we treat everybody else. We’re going to treat them with dignity, with respect,” Van Beek said. “The only time that [citizenship] comes to anyone’s attention is if you get arrested and you get brought into the Eagle County jail.”

Van Beek said ICE agents don’t come into the jail, picking up undocumented residents only after they leave the jail and ICE has an interest in that person because of a serious crime. Eagle County also doesn’t detain anyone longer than their court-imposed sentence, he added.

The Eagle County commissioners in January approved a resolution stating the county is “committed to providing exemplary services to all residents, regardless of race, national or ethnic origin, gender, sexual orientation, mental or physical disability, religious or political opinion or activity, immigration status, or homeless status.”

“We work closely with the sheriff’s office, and the sheriff, in turn, is part of a larger law enforcement task force working on immigrant issues,” Chandler-Henry said. “We do not hold anyone for ICE; that policy was in place pre-election. Inga Causey has been in touch regarding sanctuary status, and we plan to discuss that again next week.”