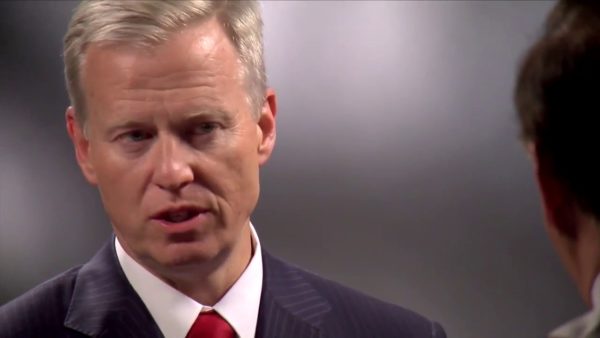 A story I wrote for Wednesday’s Vail Daily on the open Colorado attorney general’s race in the Nov. 6 general election drew some statewide notice, with the left-leaning website Colorado Pols highlighting the in-depth story on where the two candidates – Republican George Brauchler and Democrat Phil Weiser – stand on gun laws.

Pols also has flagged just how much heat Brauchler has taken from Colorado gun-rights groups for his support of a failed red-flag law – a story I covered for the Daily during the legislative debate last spring.

Also drawing statewide eyeballs was a blog I wrote for Real Vail earlier this week on the future of journalism in Colorado, particularly as it relates to the hard-hit world of freelancing. Corey Hutchins of the Colorado Independentand Columbia Journalism Review highlighted my post in his weekly newsletter on the Colorado journalism scene.

If that’s a topic that even remotely interests you, be sure to subscribe to Hutchins’ newsletter.

And here’s a re-post of my state AG’s race story in the Vail Daily, in case you missed it there:

Both candidates for Colorado attorney general in the Nov. 6 general election say they support a renewed effort to pass a so-called “red-flag” mental health and gun law backed by Vail Valley law enforcement and elected officials last spring but ultimately killed by the state Senate.

Republican 18th Judicial District Attorney George Brauchler took a big political risk in his run for state AG by testifying in favor of the bill, which passed successfully out of the Democrat-controlled state House but was spiked in committee by the GOP-controlled Senate.

“Much of the Republican Party was not huge fans of that piece of legislation, and we knew that going in, but at some point, you’ve got to take a position that helps you achieve a bigger goal than just satisfying the base,” Brauchler said in a phone interview last month. “I have been convinced that the status quo is unacceptable for some time now.”

In his time as DA, Brauchler’s district has seen some of the most horrific and high-profile shootings in the history of the state, including the 2012 Aurora theater shooting, the 2013 Arapahoe High School shooting and last year’s New Year’s Eve shooting by a mentally disturbed man of five Douglas County sheriff’s deputies – one of them fatally.

The proposed red-flag law would have allowed law enforcement officials and family members to seek a judicial order to temporarily confiscate the weapons of someone deemed an imminent risk to himself or others. It had the tentative support of Eagle County Sheriff James Van Beek and the full support of Vail Police Chief Dwight Henninger, who testified in favor of the bill and referenced a 2009 fatal bar shooting in West Vail that might have been prevented. 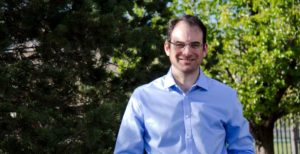 “It’s great that he supports a red-flag law — that’s important. But we need an attorney general that’s thoroughly committed to gun safety and to developing and implementing all reasonable protections,” Weiser said. “We need leaders who are willing to stand up to the NRA [National Rifle Association] – not just on the red-flag law but on bump stocks and background checks.”

Brauchler last month said Colorado’s background check law, passed in a package of guns bills during a heated 2013 legislative session that led to the unprecedented recall of two Democratic lawmakers, “has some value to it because we’re able to stop people who shouldn’t get guns.”

But in a 2017 Denver Post story surveying the positions of various candidates for governor (before he dropped out to run for AG), Brauchler said he opposed the background check law. He also opposes the 2013 law limiting magazine capacity to 15 rounds.

“James Holmes walked into that theater with a weapon with a hundred rounds [in one magazine], so if you have limits on magazine capacity, wouldn’t that have saved some lives?” Weiser said, adding the gun jammed after 33 shots. “If it was limited to 15, that’s 18 bullets that wouldn’t have been shot.”

Brauchler says Holmes’s gun actually jammed after 65 trigger pulls and malfunctioned because he didn’t properly clean his weapon after practicing with it several times in the mountains.

“So, do I think that changing the magazines might have given someone a better chance? Maybe,” Brauchler said. “But this guy practiced changing out the magazines quickly. His problem was he did not anticipate a jam, had never experienced a jam and didn’t know the immediate action drill to clear a jam was, so that kind of providential turn of events did more in my opinion than any magazine capacity ban would have done.”

On background checks, Brauchler says Colorado’s current law would not have prevented any of the tragedies in his district.

“That to me is a powerful sign of the benefit of having background checks,” Weiser said. “Now, we would be better served if we had nationwide background checks, because people can go to Wyoming and buy weapons without the same protections [as Colorado], so that’s a problem, but let’s just acknowledge the good that our current law has done.”

Weighing in on 3D plastic guns

On the very timely topic of plastic guns made with 3D printers, Weiser agrees with current Republican Colorado Attorney General Cynthia Coffman, who on Monday joined 18 other states plus the District of Columbia in suing the U.S. State Department to reverse its settlement with a company seeking to publish 3D firearm printing plans online.

“I’m with the state AGs who took action to challenge the proliferation of 3D-manufactured guns. This is a threat,” Weiser said. “I was talking the other day to a TSA [Transportation Security Administration] officer who said this scares the bejesus out of her.”

The weapons are made mostly of plastic and therefore are difficult to detect with traditional metal detectors and other security screening techniques.

“I am a strong believer in the constitutional rights protected under the First and Second Amendments. But this proposed settlement would allow unfettered access to firearms blueprints, which could be used to create working, deadly weapons by those who wish to cause great harm, including criminals and terrorists,” AG Coffman said in a press release.

Brauchler is concerned as well, but says plastic guns are already illegal and that some plans have already made it onto the internet.

But he is worried about the proliferation of plastic firearms and the possibility children and others who shouldn’t have guns will gain increased access to hard-to-detect firearms.

“My sense is the advent of this 3D printing of these plastic guns is going to make it so much easier for the wrong people to get their hands on firearms …,” Brauchler said. “I really want to take a hard look at this and balance that against our First and Second Amendment rights.”