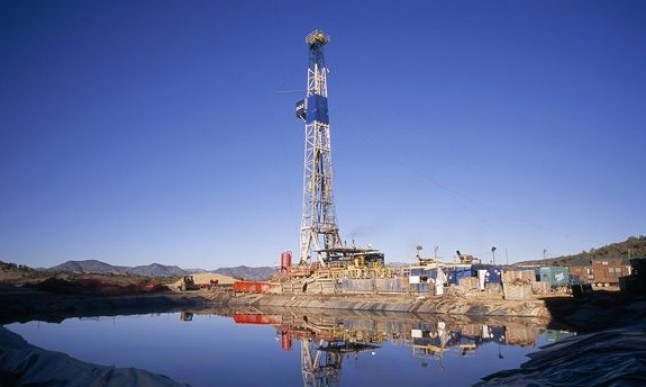 Residents of the second-most drilled county in Colorado warn backers of eleven “local control” ballot questions to be careful what they wish for, because oil and gas money will funnel into local races, they say, stacking county commissions and city councils in the industry’s favor.

Former Garfield County Commissioner Trési Houpt, a Democrat voted out of office in 2010 in favor of pro-jobs, pro-drilling candidate Tom Jankovsky, says the all-Republican three-member board – swept into power by local drilling companies’ corporate campaign spending – consistently has put the industry ahead of public health and the environment.

“We have a current county commission that’s made the decision that they want to make this industry happy and has gone out of its way to accommodate them,” Houpt told The Colorado Independent. “They’ve taken the side of the oil and gas industry in all disputes. They don’t research the concerns that people have about the impacts that oil and gas can have on water and air and land.”

Houpt, who also previously served on the Colorado Oil and Gas Conservation Commission (COGCC) – the state’s chief oil and gas regulatory agency – says counties already have a great deal of land-use authority over drilling operations and can, if so inclined, control all of the drilling transportation and infrastructure surrounding the well pad itself.

“So the truck traffic, the haul routes, the compressor stations, water-treatment facilities, any type of ancillary facility that is constructed to support the well that is on the well pad can be and should be regulated by the county,” Houpt said. “I was never able to get our commission to go to that extent.”

Having been consistently on the wrong end of 2-1 votes favoring industry, Houpt says there may be only one way for Garfield County to even the playing field: winning what’s known as “home rule.”  Home rule counties are self-governing and can add more commissioners, in contrast with statutory counties that operate according to Colorado Revised Statutes and are limited to three-member boards.

The effect of home rule depends on the local electorate.

Largely conservative Weld County, the heaviest drilled county in the state, has home rule, with its own charter and five-member Republican board that consistently backs the oil and gas industry.

Pitkin County, which abuts Garfield County and has a more liberal (read: Aspen) electorate, is also a home rule county with five commissioners. Four Democrats dominate the board, but its chairman, Rob Ittner, is a Republican who opposes renewing old oil and gas leases in the hotly controversial Thompson Divide area.

In Garfield County, Jankovsky — who’s running for re-election in November — strongly disputes Houpt’s contention that the county commission is controlled by industry.

“If the industry was calling the shots, then they would be driving up through Glenwood Springs and Four Mile Road for one thing,” he said, referring to a proposed oil and gas haul route to Thompson Divide wells that the county opposed near Sunlight Mountain Resort, a ski area Jankovsky manages.

Still, Jankovsky, who’s being challenged by former planning commissioner Michael Sullivan, a Democrat, is unabashed in his pro-business campaign platform.

“What I said last election is I wanted to grow this economy and create jobs. And I said one of the ways to do that is support business,” Jankovsky said. “That’s where I come out of. I’m a business person.”

Some local officials say Jankovsky and his fellow commissioners have taken that approach to an extreme.

“There are issues that should be undertaken by the county that current county leaders have sidestepped,” former Rifle Mayor Keith Lambert said. “They don’t address them full-on to the benefit of the citizens at large all the time.”

Lambert, a Democrat who ran for county commissioner when the natural gas boom was in full swing there in 2004, says he was ousted from office by oil and gas money and tactics.

“Even then, the industry was weighing in with dollars,” he said. “They were signing up the transient [oil and gas] workforce to vote at that point in time and continued to do so in 2008 and beyond. They’re exerting their influence. They have a presence here and are letting it be known.”

Activists and watchdogs in Garfield County rattle off a laundry list of overreach by industry and the pro-business troika on the county commission, including last summer when the board relaxed land-use codes to make drilling easier.

They also cite industry pressure that is widely believed to have led to the firing earlier this year of veteran investigative energy reporter John Colson at The Glenwood Post Independent and the termination by the county of oil and gas liaison Judy Jordan in 2011.

Colson has no documentation about the cause of his firing but says publisher Michael Bennett and then-editor Drew Munro told him that the county commissioners and industry representatives complained about an anti-drilling bias in his reporting. Bennett and Munro told Colson to stop writing investigative articles. Colson was later removed from covering county government and industry issues, and ultimately fired.

Jankovsky said he didn’t pressure the paper to fire Colson.

“I think John is a great guy,” he said. “I just think he editorialized instead of reporting. No, I did not call the paper and say, ‘You should get rid of this guy.’ I do know that there was [county] staff that talked to the paper, but [the commissioners] did not tell them to do that. It was more complaints about the quality of a piece.”

Munro declined to discuss the Colson story. Bennett didn’t return calls or emails. Jim Morgan, general manager of Colorado Mountain News Media — which owns the Glenwood paper — refused to discuss Colson because of the confidentiality of personnel issues. Morgan in 2009 was accused of caving to ski industry pressure when he fired veteran Summit Daily News reporter Bob Berwyn, who now writes for The Colorado Independent.

Garfield County’s former oil and gas liaison Jordan, in a previous interview with The Independent, said she was forced out soon after Jankovsky took office.

An environmental scientist with decades of experience regulating different industries all over the country, Jordan is now working for the U.S. Bureau of Safety and Environmental Enforcement (BSEE) in Washington, D.C. She says what happened to her in Garfield County was unlike any industry blowback she has encountered.

“I’ve never seen an industry that’s as aggressive and vengeful as these people are,” Jordan said. “There’s such a strong industry influence and presence in Garfield County that there’s no way that anybody who speaks other than that language can possibly win an election, even when we’re talking about just reasonable, fair kinds of protections for people and wildlife.”

Houpt says counties already have much of the zoning authority they need to increase setbacks and further mitigate against noise, air pollution and traffic impacts from energy production.

Regardless of how many of the 11 local-control questions wind up on the ballot and whether voters pass them in November, she argues county officials need to start exercising more control over drilling.

“In Colorado I really think that counties have been given land-use authority, and in our COGCC rules that we adopted in 2008, we said that we recognized that, and counties do have the authority to regulate land use issues consistent with the COGCC rules that are in place,” Houpt said.