Colorado must first fix its roads, schools before dreaming of Olympic glory 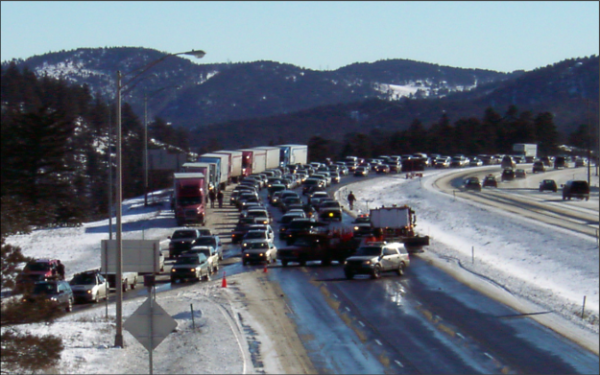 I-70 closure during winter traffic snarl (I-70 Coalition photo).

Even though I’ve worked as a journalist three times at the Winter Olympics – twice for the actual organizing committee’s internal news service in Vancouver and Torino — I tend to agree with Chris Freud in Wednesday’s Vail Daily arguing against Denver and the rest of Colorado getting behind a bid for a future Winter Games.

But unlike Freud, I don’t think we should reject the Games because they’d be too spread out or because we lack certain venues (from what I understand, both Steamboat and Minturn are too high for Olympic Nordic skiing events, so those would actually have to be at Echo Mountain).

Instead, I think we should say no for the same reason voters in the early 70s rejected hosting the 1976 Denver Winter Olympics, even after the International Olympic Committee awarded them to Colorado (first and only time that’s ever happened).

I believe we should reject hosting the Games due to the cost. Granted, the price tag of around $2 billion has come down significantly since Vladimir Putin dropped a cool $50 billion to host the 2014 Sochi Winter Olympics, and Denver exploratory committee members are talking about raising the money privately, but why spend that kind of money on a tired and archaic entity? 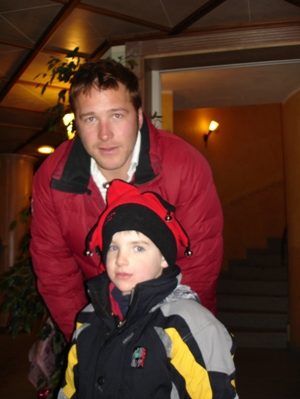 I watched some of the 2018 Pyeongchang Winter Olympics with interest, primarily because I live in a ski town and love snow sports, but NBC commentator and all-time U.S. alpine-racing Olympic recordholder Bode Miller  was right when he told me the Games need to be completely and dramatically revamped for the new millennium.

Even with three cable channels and Internet streaming chipping in, the NBC coverage was too static, too U.S.-centric and not nearly diverse enough in its offerings of interactive content tailored to particular interests. I am not that into figure skating, and yet that was often all that was on. Meanwhile, compelling stories of other nation’s athletes were buried, and I wound up with very little flavor of South Korea and its mountain communities.

There is nothing innovative about the modern Olympic movement. It does not transform places for the better, leaving them with vastly improved and forward-thinking infrastructure.

If we could raise $2 billion in corporate cash in Colorado, how should we spend it? On a giant marketing platform that we don’t really need because people are moving and visiting here in droves anyway? Or on our severely lacking public schools and massively underpaid teachers?

Or how about our crumbling and disgracefully underfunded transportation infrastructure? Forget about high-speed rail, we just need decent roads. Although why is that most other host cities (Pyeongchang, Sochi, Nagano, to name a few), wind up with high-speed rail after the Olympics but North American host cities (Salt Lake, Vancouver) don’t?

Is it because the Green Games really aren’t so green, and that North Americans are so inextricably tied to our SUVs that we can’t even give a nod to the fact that some people in this country don’t really love to sit in endless gridlock trying to get to the mountains we’re loving to death?

The Winter Olympics, like the slowly galvanizing U.S. ski industry, need to come to grips with the fact that snow sports are endangered by global warming. Embracing that simple fact, which even Bode Miller acknowledged to me in December, would allow the Games to become so much more meaningful than whether an American got the bronze in ice dancing.

The Olympics then could become something we could all get behind, because the Games would leave a lasting legacy of progressive land-use, housing, energy and transportation policy and infrastructure that could transform host cities and entire regions – helping to remake the world as we know it.

But none of that will happen in time for 2030, which is the next actual slot Colorado could fill.

The possibility of 2026 has been dangled, but that proposal would need to be in by the end of the month, and both outgoing United States Olympic Committee CEO Scott Blackmun (resigning in the wake of the gymnastics sex-abuse scandal) and USOC chairman Larry Probst have said 2030 is the preferred Winter Games slot because of marketing conflicts with the 2028 Los Angeles Summer Olympics.

Denver is being kept in reserve by the IOC in case no one else bids of the 2026 Games, but that would be a mad scramble with only eight years to plan. Forget about any true innovation. Even 12 years isn’t enough time given the lack of reform in the IOC.

Let the Games go to some autocratic nation willing to empty the treasury while repressing its people. How about the 2030 North Korea Winter Olympics or a return to Sochi, where institutionalized doping to win the medal count can be further perfected, and maybe Putin can launch the spinoff Olympic Hacking Games to continue to meddle in democratic elections.

Or better yet, let Borat finally be the torchbearer for the 2030 Almaty Winter Olympics. I’m sure by then there will be a nice, shiny Trump Tower for all the IOC members to stay in.