The ripple effects of September flooding that spilled nearly 50,000 gallons of oil in northeastern Colorado and fracking-ban votes in four Front Range cities will be felt this January in the second regular session of the 69th Colorado General Assembly.

“I get the sense that the Democrats are going to double down on extreme this session,” said Sen. Greg Brophy, R-Wray, “so they’re sure to be emboldened by the passage of those fracking bans, and I get that feeling that … they want to bring more restrictions on the oil and gas industry up in the legislature. I don’t think that they’re going to pass, but they’ll bring them up.”

Bans on the controversial drilling process called hydraulic fracturing, or fracking, passed last month in Fort Collins, Lafayette, Boulder, and very narrowly in Broomfield, pending a recount that got under way on Monday. 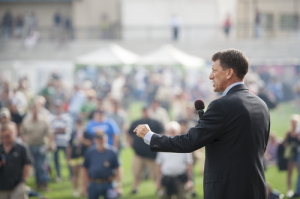 “The votes on the fracking bans and moratoria should have sent a clear message,” said Rep. Mike Foote, D-Lafayette. “Time will tell whether the industry hears it for what it is rather than trying to explain it away. A lot of people are concerned about their health and the industry’s impact and we must work together to address those concerns.”

Last session, Democrats sponsored 10 environmentally friendly pieces of legislation aimed at regulating the oil and gas industry and mitigating the potential public health impacts of drilling, but only one of those bills successfully made it to the desk of Gov. John Hickenlooper.

“In addition to increasing the maximum fines available, we should ensure the system provides a legitimate deterrent to companies that consider cutting corners,” Foote said. “A big part of that means addressing the work-arounds the industry has been using for years to avoid significant fines. I’m hopeful the industry will accept the need for those things and support a strong bill.”

Asked if a compromise version of Foote’s fine bill will have a chance next session, Brophy said: “It might. Maybe they failed to notice that they lost two key allies out of the Senate and so now they’re going to have to work a little bit harder to get anything to pass.” 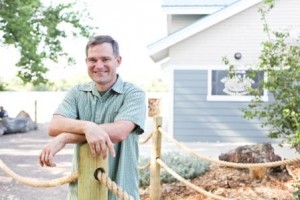 Besides seeking higher fines for spills, lawmakers such as Rep. Diane Mitsch Bush, D-Steamboat Springs, who sponsored the only successful regulatory bill last session, have been discussing measures such as increasing setbacks for drilling operations in floodplains. She also wants to reevaluate how companies use remote monitoring to alert them to spills.

But Brophy, who’s running for governor in 2014, said Democrats are using the floods as an opening to clamp down on a vitally necessary industry.

“There’s an element of the Democratic Party that wants no oil and gas activity at all in Colorado, and so they use every excuse that they can come up with as a reason to ratchet up the regulations and try to drive the industry out of the state,” Brophy said.

According to the Colorado Oil and Gas Conservation Commission (COGCC), 48,250 gallons of oil and 43,479 gallons of ‘produced water’ spilled as a result of the flooding that began Sept. 11. Those figures include 14 notable spills after state officials conducted more than 2,400 inspections in the flood zone.

“We need to work through the various issues associated with oil and gas production in floodplains,” Foote said. “Our goal should be zero spills regardless of the circumstances.”

The COGCC in late October released new “recommended practices” for oil and gas facilities in flood impact zones, including better methods for installing and securing storage tanks and remote automated controls for monitoring and shutting in wells.

Critics of the industry say the recommendations fall far short of what’s needed to prevent significant oil and gas spills in future floods.

“They’ve suggested no new setbacks — no restrictions on drilling within feet of rivers and in floodplains — and are just setting us all up for more spills and chaos in the next flood to the detriment of the public’s health and rivers,” said Gary Wockner of Clean Water Action.

But COGCC spokesman Todd Hartman said the state’s primary oil and gas regulatory agency is planning a detailed discussion of “lessons learned” from the flooding – one that will be open to anyone concerned about the impacts of drilling in floodplains.

“Current regulations allow drilling and production equipment within floodplains with additional engineering and design protections,” Hartman said. “We’ve learned valuable things out of this event, and we invite and expect a robust discussion about potential improvements to our regulations among all those interested in oil and gas development in Colorado.”