Elected officials, candidates back Colorado initiative to up minimum wage to $12 and hour 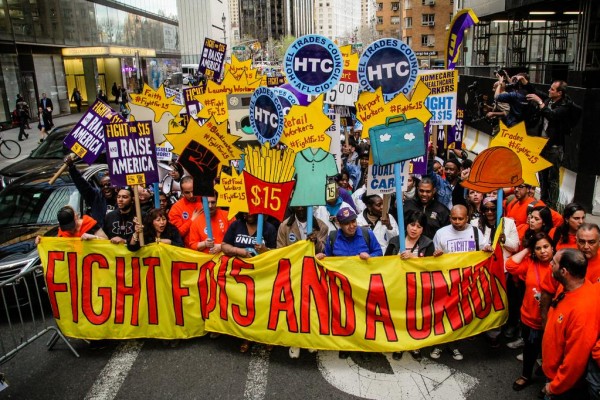 With housing and health care costs skyrocketing out of control on Colorado’s Western Slope, some lawmakers and political candidates are backing Initiative 101 as a way to provide some relief by raising the minimum wage to $12 an hour by 2020.

“I support the Colorado Families for a Fair Wage ballot initiative to gradually increase Colorado’s minimum wage to $12 per hour by 2020,” former state Sen. Gail Schwartz said. “I am travelling to every corner of the 3rd Congressional District, meeting with hardworking Coloradans about the challenges facing them, their families, and their businesses. A gradual increase is key to ensure we protect small businesses and jobs.”

Schwartz, a Democrat, is challenging incumbent U.S. Rep. Scott Tipton, R-Cortez, who is seeking his fourth term representing the sprawling Western Slope district that stretches from Pueblo on the Front Range all the way to Grand Junction and the Utah border.

Tipton’s representatives have not responded to multiple requests for comment on Initiative 101 as it relates to the high cost of living on Colorado’s Western Slope.

A spokeswoman for Bennet’s Republican challenger, El Paso County Commissioner Darryl Glenn, didn’t respond to multiple requests for comment on Initiative 101, which last week was certified by the secretary of state for the Nov. 8 ballot.

Green Party Senate candidate Arn Menconi, a former Democratic Eagle County commissioner, said he supports the push but would like to see more.

“I’m for the $12 referendum but wish it was $15,” Menconi said. “We need to start where we can help people as fast as possible. I’m not for $15 for small businesses under 50 employees.”

Initiative 101, considered by some analysts one of the ballot measures most likely to pass, would amend the state constitution to increase the current $8.31 minimum wage to $9.30 an hour next year and then raise it in increments of 90 cents an hour each year until it hits $12 an hour in 2020.

Vail Resorts, one of the state’s largest employers, last year increased its minimum wage for entry level workers to $10 an hour in Colorado and seven other states where it operates. Other large companies have also been moving to increase pay while the federal minimum wage has been stuck at $7.25 an hour since 2009.

Robert Cresanti, president and CEO of the International Franchise Association, says the Fight for 15 movement is a “corrosive” push that will hamper one of the most successful business models in the nation – the franchise model. He argues entry-level jobs in franchise businesses provide invaluable training and then lead to higher-paying management jobs and even ownership.

“The jobs that are growing are in the franchise sector and they are a fantastic ramp for folks to get training,” Cresanti said. “We train more people than the U.S. Army, the U.S. Department of Defense. We train more people than the unions have trained over a period of time. And all the while, while you’re getting this training, you’re getting paid for it.”