With the Senate poised to vote on some sort of health care bill today, starting with a simple motion to proceed that appears to be in trouble, Democratic Colorado Gov. John Hickelooper urged his state’s two senators to keep the best interests of Colorado residents in mind when considering the contentious issue.

“We call upon Senator [Michael] Bennet and Senator [Cory] Gardner to stand up for Colorado and do what’s best for our state by rejecting the latest health care proposal,” Hickenlooper said in a prepared statement. “Hundreds of thousands of Coloradans still face losing access to care and coverage. Let’s roll up our sleeves and find a bipartisan fix. Let’s deliver a health care package that works for everyone.” 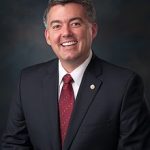 Bennet, a Democrat, clearly is already in Hickenlooper’s camp regarding Republican efforts to repeal and replace the 2010 Affordable Care Act, also known as Obamacare.

“New report finds CO to lose $9.2 bil in #Medicaid funding from 2020-2029 if #Trumpcare passes the Senate this week,” Bennet tweeted on Monday,” referring to a Kaiser Family Foundation report.

But Senate Majority Leader Mitch McConnell may also simply bring a straight repeal bill to a vote without any replacement such as the Senate’s Better Care Reconciliation Act, also know as Trumpcare.

Gardner has not said how he’ll vote on either proposal if the motion to proceed passes, although he favors replacement over repeal only.

“I would prefer a solution that would be a replacement for the failing Affordable Care Act,” Gardner told the Denver Post last week. 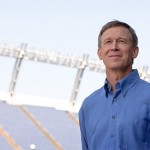 He would not tell the Post if he’ll vote for a straight repeal bill if that’s his only option. In 2015, Gardner did vote for straight repeal when former President Barack Obama was still in office and vetoed the bill.

The nonpartisan Congressional Budget Office estimated 32 million Americans will lose health insurance in the next decade if the ACA is simply repealed without a replacement.

Three of Colorado’s four Republican House members voted in favor of the unpopular AHCA in May, with only Rep. Mike Coffman joining the state’s three Democrats in voting against the bill.

On the Senate side, Arizona Republican Sen. John McCain, recently diagnosed with a brain tumor, is returning to Washington to cast what may prove to be a critical vote.