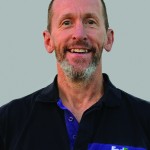 Allison earned the right to compete in the NTDC by winning at the Colorado truck driving championships earlier this year. The American Trucking Associations (ATA) sponsors the NTDC, which is designed to recognize industry leadership in safety and to promote professionalism among truck drivers.

“Our mission statement says that safety will be the first consideration in all our operations,” said Frederick W. Smith, chairman and CEO, FedEx Corp. “The accomplishments of these 174 finalists and the almost 2,000 drivers that competed at the state truck driving championship level serve as tremendous examples of the FedEx commitment to safety.”

Here are some facts about Allison:

At the NTDC, the FedEx drivers will be among nearly 450 competitors who will vie for national titles in nine different classes of vehicles and for the National Grand Champion title.

The drivers accumulate points by demonstrating their driving skills and knowledge of the industry through a written exam, pre-trip inspection and driving-skills challenge.

In 2015, 151 driving professionals from 48 states representing FedEx Freight, FedEx Ground, FedEx Express, and FedEx Custom Critical qualified to compete at the National Truck Driving Championships by winning their respective state’s competition and driving accident-free for at least one year.

With 38 National Champions, three National Grand Champion and five Rookie of the Year titles in the past 13 years, Team FedEx has established a reputation for excellence at the NTDC.