According to the Denver Post, Sanders, who won the state 59 percent to 40 percent on Super Tuesday (March 1), now has 26 delegates to 17 for Clinton ahead of today’s statewide convention in Loveland, where 23 more are up for grabs. 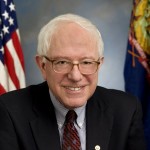 “What’s happening is since we’re a caucus state and Bernie Sanders campaign is focusing a lot of energy on the caucus states, that’s driving people from across the state to support Bernie to go on to the higher assembly and make sure he gets the delegates to the DNC (Democratic National Convention) that he’s been earning the whole way,” said Joy Harrison, first vice chair of the Eagle County Democratic Party and a Clinton delegate for Congressional District 3, which held its assembly in Loveland Friday night. “They are working the system.”

CD3 is comprised mostly of the state’s mountainous Western Slope and the city of Pueblo on the Front Range. It’s currently represented by Cortez Republican Scott Tipton, but Crested Butte resident and former state Sen. Gail Schwartz won the nomination over Eagle veterinarian Steve Sheldon for the Democratic nod to challenge Tipton. No other candidate won enough delegates (30 percent) to make it on the primary ballot to challenge Schwartz. 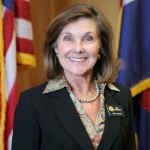 Harrison told The Colorado Statesman she thought that Schwartz’s name recognition in the sprawling district — a large chunk of which she represented for eight years in the state Senate — would make it tough for Sheldon to get his message out.

Breakstone said Sanders supporters unsuccessfully tried to wrestle away the CD2 nomination from incumbent Boulder Democrat Jared Polis in Fort Collins because of Polis’s support for Clinton. CD2 includes Boulder and Fort Collins but also extends up into the mountains and includes the eastern half of Eagle County, including Vail. The western half of the county is in CD3. 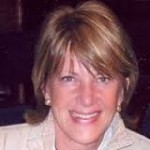 Breakstone is concerned that the youth-vote passion for Sanders will die out if Clinton, as expected because of her large national lead (1,761 to 1,073), gets the nomination in Philadelphia. If Sanders backers don’t go to the polls, it will impact down-ticket candidates for congressional offices all the way down to county commissioner races, she said.

“Even if Bernie was to get elected, he can’t do anything unless we change the Congress,” said Breakstone, referring to Republican control of both chambers nationally. “So it’s just four more years of gridlock. I want these Bernie folks, should they not prevail, to understand that the gridlock won’t change unless they do vote.”

Breakstone also worries that the progressive policies of President Barack Obama will all be reversed if Republicans win back the White House.

“That would, to my mind, be so tragic because so much has been accomplished by the Obama administration despite this obstructionist Congress,” Breakstone said. “In a way, he’s just phenomenal what he’s been able to accomplish.”