Whistler pick-up a good one for Vail despite coastal conditions 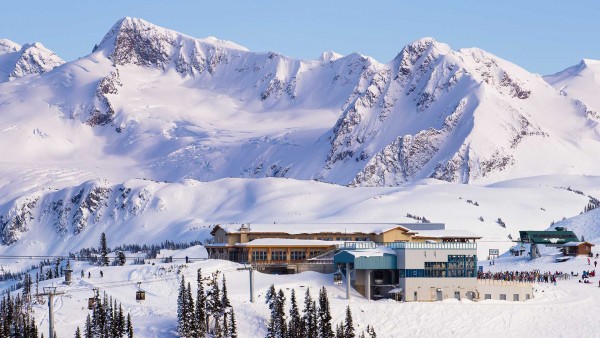 Whistler-Blackcomb and I have a long history dating back to the early 1990s when I traveled up there and interviewed a bunch of locals at Garfinkel’s (yes, the iconic Vail bar first started in Whistler) about the merits of British Columbian skiing versus its Colorado counterpart.

At the time, Vail and Whistler kept trading the No. 1 resort ranking in the ski magazine reader polls, and I wanted to get the bottom of which ski area truly deserved top billing. The resulting story, which included an interview with then Whistler CEO Pat O’Donnell, ran on the front page of the Vail Daily with the headline “Vail vs. Whistler: Will the real No. 1 please stand up?”

The story and its placement caused a bit of a stir back in the pre-publicly-traded Vail Associates era when everyone was supposed to pull in the same direction from a marketing standpoint and never truly acknowledge the competition. Nowadays, Vail Resorts just acquires the opposition.

I made several more trips to Whistler over the years, never really grooving to the coastal skiing concept, although I loved the size of the place and the steepness and challenging nature of its terrain. I also really liked Vancouver and its international flare, although Whistler itself sort of struck me as a purpose-built and somewhat charmless ski village (compared to faux Bavaria).

My last trip up the Sea-to-Sky Highway was in 2010 when I took several weeks off from my day job covering energy and politics at the Colorado Independent and worked for the Olympic News Service as a sequel to my misadventures at the 2006 Torino Winter Olympics.

All the talk in Vancouver and then Whistler, where I covered the alpine skiing events, was of a possible takeover by Vail Resorts given the economic struggles of Whistler parent company Fortress Investment Group. That 2010 acquisition obviously never happened, but clearly Vail kept its eye on the Canadian resort and its huge clientele base of destination, international skiers.

While American ski racers cleaned up at Whistler in 2010, including downhill gold for Vail’s Lindsey Vonn and a combined gold for Bode Miller, the weather was atrocious as rain lashed the lower reaches of the courses and forced delays in five of 10 alpine events.

I wrote about the implications of coastal Winter Olympics given the vagaries of climate change, including quotes from two-time Olympic gold medalist Ted Ligety on the topic after he was shut out at Whistler. Now that Vail has announced plans to acquire the place, I’ll probably have to discontinue use of its “Pissler” nickname (even though I first heard it from locals).

I did have a few good ski days up there during the Games, with excellent powder at higher elevations, and the sheer size and dramatic scope of the place cannot be denied. Taken together, Whistler-Blackcomb offers more than 8,000 acres of skiable terrain, dwarfing even the sprawling mass of Vail Mountain at 5,200-plus acres.

Obviously, I prefer the drier continental snowpack of Vail and Utah, but Whistler makes a great addition to the Epic Pass and should prove especially enticing for skiers from Australia and Asia, which reportedly comprised a quarter of Whistler’s destination guests at one point.

I might even give the place another try now that it’s set to be on my ski pass for the 2017-18 ski season. Certainly the $50 million Vail pumped into Park City paid off last season, creating a much more diverse and interesting ski product. It will be interesting to see what they do with Whistler.

And to be clear, Whistler is an amazing mountain, and the terrain in that part of the world is not to be missed. Vail is adding Whistler to its Epic Pass for the 2017-18 ski season, while Whistler is honoring its current pass deals for next season, including the Mountain Collective, which just expanded to include Revelstoke in Canada and Telluride in Colorado.

Here’s the full press release on that deal:

Telluride Ski Resort, located adjacent to the historic mining town of Telluride in Colorado’s Rocky Mountains, boasts unparalleled terrain tucked away among the highest concentration of 13,000 and 14,000 ft. peaks in North America. Praised for its lack of crowds and minimal lift lines, the resort offers some of the best and most varied terrain in the state of Colorado, with the highest lift peaking at 12,570 ft. With the addition of Telluride to the Mountain Collective, passholders will have access to over 2,000 acres of terrain and 147 trails that cater to both beginner and expert skiers.

Revelstoke Mountain Resort is located in the highly-acclaimed region of British Columbia, Canada where skiers from around the world flock to experience pristine powder conditions, varied alpine terrain, and an authentic mountain community. The resort sits between the legendary British Columbia mountain ranges, the Selkirks and the Monashees, and is home to the most vertical in North America at 5,620 ft. Revelstoke is currently made up of 3,121 acres of inbound terrain, and over half a million acres accessible via cat, heli or backcountry skiing.

Passes are available online through an exclusive technology, distribution and marketing partnership with Liftopia at www.MountainCollective.com.

Additional benefits available to the Mountain Collective passholders include exclusive lodging deals and a complimentary one-year Protect Our Winters membership, whose mission is to unite the winter sports community on the important issue of climate change.

*Whistler Blackcomb will continue to honor the Mountain Collective Pass for the full 2016-17 winter season.