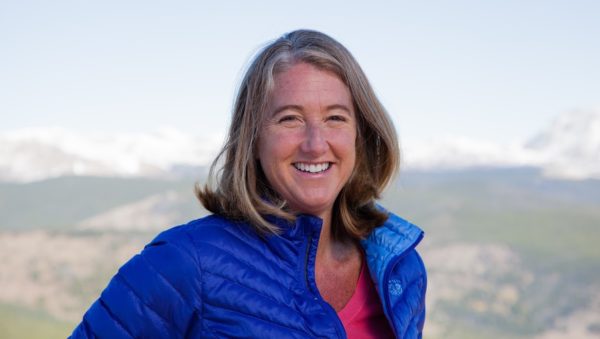 Two women considered among the frontrunners in Colorado’s 2018 gubernatorial election say female voters are energized, angry and engaged in the current campaign cycle because of the ongoing debate over sexual harassment at both the state and national level.

“I see women all over the state motivated and getting involved, getting engaged because they’re frustrated. They’re mad at the president. They want to see women treated better,” Democratic gubernatorial hopeful and former state treasurer Cary Kennedy told RockyMountainPost.com. “They want to see equality, with women represented in leadership positions, and they’re engaging in the political process like I’ve never seen before.” 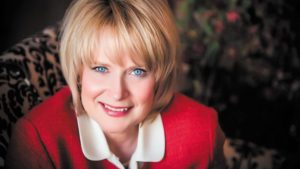 “The stories of sexual harassment and the fact that is getting attention makes some people think that having a women’s perspective on issues and on government might be a good thing,” Republican gubernatorial hopeful and current Attorney General Cynthia Coffman told RockyMountainPost.com. “There’s a sense now among women that we can talk about these things and not be considered either to be exaggerating or making up facts, because of the sheer number of us who have had experiences.”

Kennedy, who’s enjoying a surge since decisively winning preference polling during Colorado Democratic caucuses earlier this month, previously served as deputy mayor and chief financial officer under beleaguered Denver Mayor Michael Hancock, who is in the midst of his own sexual harassment scandal.

“[Harassment] isn’t just in the Capitol and in politics, but it’s throughout our culture, and I’m proud that women are raising this issue strongly and I’m pleased to see things are changing,” Kennedy said. “With respect to Mayor Hancock, I know that he made a public apology and it was a very painful experience I think for both of them. She has accepted his apology, but his behavior was inappropriate.”

Hancock admits to sending inappropriate text messages to a Denver Police detective when she was serving on the mayor’s security detail in 2011 and 2012. Coffman also weighed in on the Hancock situation.

“I would just say I think it’s a serious situation and there’s been a lot of smoke for a very long time, and this is a situation where if you have smoke you have fire,” Coffman said, adding she thinks he should consider stepping down as mayor. “I do think that he should consider it, yes.”

Coffman declined to weigh in on how the two major political parties are treating allegations of sexual harassment, with Democrats expelling state House Rep. Steve Lebsock while allegations against three Republican state senators remain mired in a debate over whether those charges should be handled in the Senate or by the Denver District Attorney.

“I certainly think there’s a difference in how individual situations are being handled and reacted to,” Coffman said. “It feels like a bit of an overreach on my part to try and characterize it by party; I wouldn’t really be comfortable doing that. I think some of it’s the individuals who are involved and how they choose in leadership roles to address something.”

“My office will provide assistance at the District Attorney’s request,” Coffman said in a prepared statement. “I fully expect any member of the legislature who is found to have committed sexual misconduct to be removed by the legislative body.”

Both candidates said the current #MeToo and #StandUp movements will impact the current race to replace term-limited Democratic Gov. John Hickenlooper in November – no matter who wins the party primaries in June.

“Quite frankly it’s surprising that a forward-looking state like Colorado hasn’t had a woman governor,” Kennedy said. “We’ve been a state for over 140 years, and there is momentum here in Colorado and throughout the country to have women equally represented in positions of leadership, both in the public sector and in the private sector.”

“There’s just more attention being placed on recruiting women candidates in this cycle than I have seen in the past,” Coffman said. “The fact that we have actually four women right now who’s names are going forward for governor is highly unusual and a first.”

According to the Colorado Secretary of State’s Office, women make up the majority of registered voters in the state but no more so than during the previous mid-term election in 2014. As of March 1 of 2018, 51.06 percent of the voters are female, compared to 47.7 percent for men. In 2014, women comprised 52.06 percent of the electorate compared to 47.9 percent men. 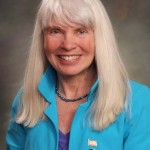 “We’ve seen an amazing amount of organizing and speaking out, not just about sexual harassment – certainly that, absolutely – but gender inequality in general,” Mitch Bush told RockyMountainPost.com. “Women have become much more mobilized. Look at the Women’s March [movement].”

Mitsch Bush, who is trying to win in a predominantly rural and conservative district, was buoyed by the recent Pennsylvania special election of Democrat Conor Lamb, who prevailed in a district Trump won by 20 points in 2016. She points out Trump “only” won CD3 by 12 points that year, but says she’s still getting pushback on the campaign trail because she’s a woman.

“I was dumbfounded when someone said that to me, ‘Well, you seem OK, but I don’t think a woman can win,’” Mitsch Bush said. “Women are very mobilized, and they are very ready, throughout the state and throughout the country, to be very active in the 2018 election.”

Asked for comment on a potential surge in women voters in Colorado and whether it would benefit Democrats such as Mitsch Bush and Kennedy, Tipton campaign consultant Michael Fortney of Clear Creek Strategies replied simply, “Sounds like they got it all figured out.” Fortney also consults for Republican gubernatorial frontrunner Walker Stapleton.

Editor’s note: This story has been changed to reflect that Coffman has previously weighed in on how Republicans are dealing with allegations of sexual harassment against three GOP senators.