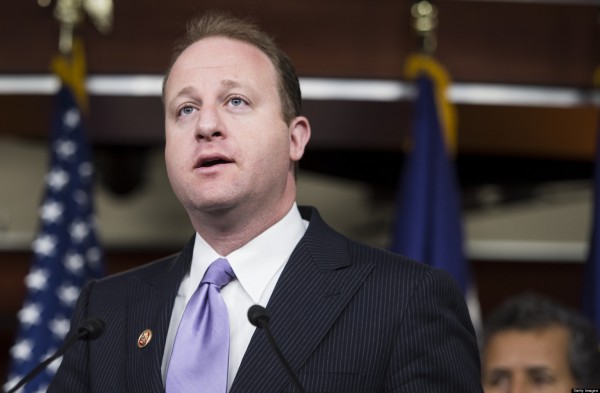 U.S. Rep. Jared Polis made his millions as an Internet entrepreneur, and in his eight years in Congress he’s never really avoided a good fight — whether on the floor of the House or at heated town halls throughout his sprawling 2nd Congressional District.

So it stands to reason he would choose the potentially nastiest, most contentious of forums for a virtual announcement and Q&A on Sunday launching his 2018 campaign for Colorado governor. Polis hosted a Reddit Ask Me Anything forum on Sunday night ahead of today’s in-person event at Solar Roast Coffee in Pueblo.

The popular online forum literally lets readers ask anything, and Polis has stepped up to the plate on Reddit several times in the past. That’s unusual in this day and age of House and Senate members ducking out on or avoiding altogether the passionate grilling by some constituents at packed town halls.

Even at the height of the Tea Party anger over Obamacare in 2010, Polis dutifully attended town halls and answered tough questions till the bitter end. Now his town halls tend to be slightly more civil given the passionate push-back by progressives against the Trump administration, but the Internet is still a free for all.

“You have to understand Internet culture and I grew up with the Internet,” Polis told RealVail.com in an exclusive phone interview Sunday evening from Brues Alehouse on Pueblo’s Riverwalk. “My first company I started was an Internet access provider, so that’s my native culture, and I have no problem playing with the trolls.”

“Most people are thoughtful, cordial and good at asking questions. Friends pop by and say ‘Hi.’ It’s a great place,” Polis said. “Somebody named their fish after me, they said on this current AMA, so that’s pretty cool. If never had a fish named after me.”

As governor, the Boulder Democrat says he would continue to push for accessibility.

“Whatever people have to say, I want to be respectful, and stay to listen till their done, as I did during the difficult town halls,” Polis said. “We’ve had some more recent town halls — in Silverthorne just a few weeks ago — that are very positive because a lot of the progressives showed up to talk about defending the Affordable Care Act.”

Self-described on his Reddit forum as a “gay, Jewish, gamer, nerd, baseball fan, retired florist, alfalfa farmer, numismatist, tarot reader, new father, beekeeper,” Polis wants to reach way beyond his progressive base to everyone in the state feeling left out of Colorado’s economic recovery. The Internet is one way to do that.

“It’s a way to do it that’s more convenient for people because not everybody can get in a car and go to a town hall, but they’re on their PC’s at night or they’re on their phones,” Polis said, “and it’s just another way of reaching out and hearing from voters.”

Pueblo is a working class industrial city trying to remake itself for the new millennium. Although it’s not in Polis’s congressional district, he understands the plight of disenfranchised steel workers who need to be included in Colorado’s “New Energy Economy” and across all economic sectors.

“That’s why we’re [in Pueblo] talking about green-energy jobs that can never be outsourced,” Polis said. “I think it’s important to run on making sure that Colorado is the center of the New Energy Economy. The city of Pueblo is leading the way.

“They’ve committed to 100 percent renewable energy by 2035, so we’re highlighting the leadership that Pueblo is showing, and we have to really demonstrate and show that Pueblo and other areas are an important part of Colorado’s future.”

Pueblo is the largest city in Republican Scott Tipton’s 3rd Congressional District, which includes most of the Western Slope and a large portion of Eagle County. Polis represents the other part of Eagle County, including Vail, and also large tracts of the northern Front Range, which is the epicenter of the ongoing battle over oil and gas fracking.

“With the absence of leadership from Washington on climate change and President Trump pulling out of the Paris Accord, it’s up to states like Colorado to lead the way [on renewables], so that’s why I’ve proposed 100 percent renewable energy by 2040 with a plan to get there that’s on my website at Polisforcolorado.com,” Polis said, adding drilling needs to be done more safely in the wake of high-profile explosions and fires on the Front Range.

“We should all be safe in our homes,” Polis said. “We need to make sure that we have a safety first approach and that drilling occurs further away from where people live and work and that there’s a greater degree of local control to keep people safe.”