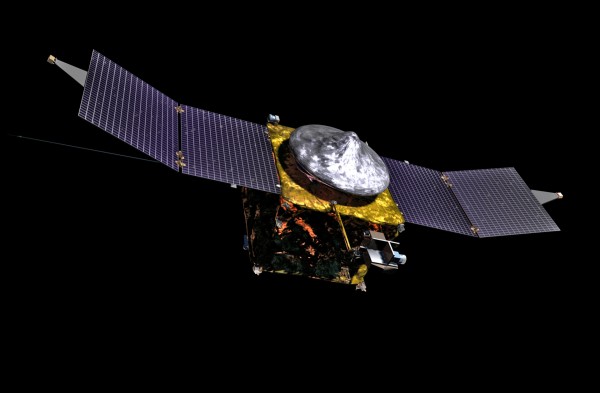 Mars can expect another visitor from planet Earth.

No peppy rovers were on board the MAVEN mission’s Atlas V Centaur rocket as it successfully escaped the Earth’s gravitational pull, but humanity’s latest investigation of the red planet includes a cargo of sensitive atmospheric monitoring equipment that will help scientists discover how Mars lost its atmosphere.

They also hope to learn more about the planet’s history and origins.

“After 10 years of developing the mission concept and then the hardware, it’s incredibly exciting to see MAVEN on its way,” Bruce Jakosky, principal investigator at the University of Colorado Boulder’s Laboratory for Atmospheric and Space Physics (CU/LASP) in Boulder, Colorado, said in a release. “But the real excitement will come in 10 months, when we go into orbit around Mars and can start getting the science results we planned.” 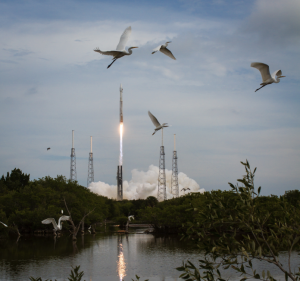 Jakosky and his team of Colorado scientists worked with Littleton, Colorado, based Lockheed Martin, which built the spacecraft and is responsible for mission operations.

“The made-in-Colorado MAVEN mission is the latest example of how our state’s soaring aerospace economy is at the forefront of innovation and the development of cutting-edge technologies to explore outer space,” Udall said Tuesday. “I am proud that our scientists and engineers are broadening our understanding of the universe while supporting good-paying Colorado jobs. The MAVEN mission shows how our job-creating aerospace industry and strong public universities are helping Colorado win the global economic race.”

While the Rocky Mountains have earned a pat on the back, support for a mission of this size is national in scope. Goddard Space Flight Center in Greenbelt, Maryland, manages the project and provided two of the science instruments for the mission. The University of California at Berkeley’s Space Sciences Laboratory provided science instruments for the mission. NASA’s Jet Propulsion Laboratory in Pasadena, Calif., provides navigation support, Deep Space Network support, and Electra telecommunications relay hardware and operations. Launch management is the responsibility of NASA’s Launch Services Program at the Kennedy Space Center in Florida.

There’s still a long way to go before MAVEN can be hailed as a success. Over the next month, MAVEN will undergo a series of instrument checks to determine how the spacecraft fared during launch.

After 10 months navigating the void, MAVEN is expected to enter orbit around mars and begin a one-Earth-Year scientific mission. The spacecraft has already deployed its solar arrays and has passed its initial testing regimen, according to mission managers.

“MAVEN [will join] our orbiters and rovers already at Mars to explore yet another facet of the Red Planet and prepare for human missions there by the 2030s,” NASA Administrator Charles Bolden said in a release. “This mission is part of an integrated and strategic exploration program that is uncovering the mysteries of the solar system and enabling us to reach farther destinations.”

The possibility of sending a manned spaceflight to the planet seems to have recaptured public imagination in recent years, as have the current Mars-based missions under way at NASA. The Curiosity Rover, for example, has more than 1.4 million followers on Twitter. 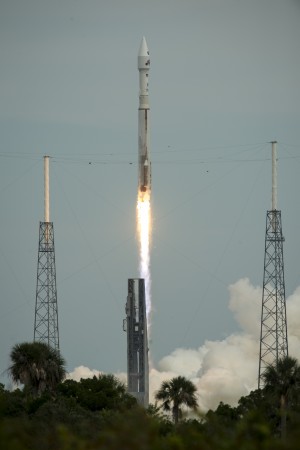 About the payload and spacecraft

The highly-technical nature of MAVEN’s mission may not gather quite the following of the Rover missions, but the science behind the mission is interesting nonetheless.

MAVEN will carry three instrument suites. The Particles and Fields Package (PFP), provided by Berkeley, contains six instruments that characterize the solar wind and the ionosphere of the planet. Four of the instruments were built by the Space Sciences Laboratory, one was built jointly with the Colorado’s CU/LASP, and one was built by NASA’s Goddard Space Flight Center.

The Remote Sensing Package, built by the CU/LASP, will determine global characteristics of the upper atmosphere and ionosphere. The Neutral Gas and Ion Mass Spectrometer (NGIMS), built by NASA Goddard, will measure the composition and isotopes of neutrals and ions.

The MAVEN spacecraft was built by Lockheed Martin in Littleton, Colo., and builds on heritage from  previous Mars orbiters. It is solar-powered, with a high-gain antenna that can be pointed to Earth for twice-weekly communications sessions.