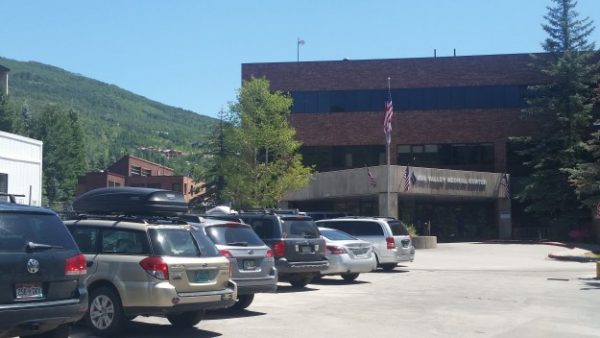 With overall health care reform stuck in the Senate, where a proposed bill has been described as terrible for Colorado and other largely rural states that expanded Medicaid, news came late last week that health insurance rates will skyrocket next year in Colorado.

Rural Colorado, including most of the beleaguered Western Slope, will continue to be hammered by astronomical increases in health insurance in the individual and small-group markets in 2018, according to preliminary rate-increase requests released Friday by the Colorado Division of Insurance.

Anthem, the only insurer offering plans in 14 rural Colorado counties, is seeking a 30 percent increase in rates for 2018. Cigna is requesting a staggering 41.2-percent price hike, “compounding the problem for Western Slope consumers who have been struggling with sky-high premiums and significant yearly increases, “according to the Colorado Consumer Health Initiative (CCHI).

“With the ongoing chaos created by Congress and the [Trump] administration, Colorado consumers are facing painful increases in their 2018 coverage and premium prices,” CCHI director of strategic engagement Adam Fox said. “The insurance market was stabilizing prior to the turmoil created by Republican leaders in Washington. Insurance companies like predictability and they haven’t gotten that.” 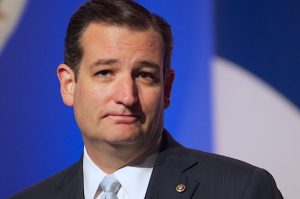 Fox, whose group represents more than 45 Colorado health organizations with more than 500,000 health-care consumer members, noted that proposed rate increases are often higher than the final rates, so the insurance division can still deem many of the rate spikes unjustified.

Kaiser, which writes the majority of individual market policies through the state’s Connect for Health Colorado marketplace, has requested a 24.4 percent increase, followed by Colorado Choice at 28.9 percent, Bright Health at 15 percent, Denver Health at 12.7 percent and Rocky Mountain HMO at 12.1 percent.

The average increase request for individual plans is 27 percent and 7 percent in the small group market. The Colorado Division of Insurance will continue to analyze the rate-increase requests and final increases should be locked in by the fall.

“While we had hoped for a lower rate of increase, it’s important to remember that Advance Premium Tax Credit assistance will rise with the premiums, and many of our customers have seen their net premiums decline as rates increased in recent years,” writes Connect for Health Colorado CEO Kevin Patterson.

“We also know from our own survey that many Coloradans who are eligible for assistance assume that they are not,” Patterson added, referring to the state exchange website set up under the Affordable Care Act. “We urge anyone buying their own health insurance to use the tools on our site to obtain an estimate of the financial assistance that may be available to them.”

Only about 6 percent of Coloradans buy individual plans, with more than half covered by their employers.

The U.S. Senate is currently struggling to agree on a second version of its unpopular Better Care Reconciliation Act, which would to some degree repeal and replace the ACA. The House in May passed the American Health Care Act, which the nonpartisan Congressional Budget Office estimated would result in 23 million Americans losing health insurance over the next decade. The Senate version would result in about 22 million losing coverage.

With the Senate bill polling at about 15-percent popularity and even some supporters of President Donald Trump starting to turn on the bill, a few Republicans lawmakers appear ready to work with Democrats on fixing the problems with the ACA.

“The signs that the market was stabilizing should encourage Congress to improve the Affordable Care Act, not repeal it,” CCHI’s Fox said. “If the Senate bill passes, Coloradans will see tax credits decrease, seniors charged more, and more rate increases.

“We believe insurers should be working with providers to improve quality and keep coverage affordable by addressing the underlying health care costs instead of responding to the chaos created by Congress and this administration.”

There has been virtually no Congressional action on bringing down the runaway costs of prescription drugs – a fact likely to be seized upon by politicians in rural areas where doctor shortages, limited competition and overall costs have been out of control for years. That’s especially true on the state’s Western Slope, including rural resort areas like Eagle County.

Senate Republicans on Thursday rolled out a new version of the wildly unpopular BCRA, but their second stab at repealing and replacing the Affordable Care Act immediately drew sharp criticism from a small business organization and even from some GOP senators.

The Small Business Majority, a group representing 55,000 small business owners, blasted the new bill because it includes a proposal from Sen. Ted Cruz, R-Texas, that allows insurers to sell health plans that don’t comply with the ACA – a move they say would destabilize markets by creating unbalanced risk pools and potentially stripping insurance coverage from 1.5 million people with pre-existing conditions.

“This would make it even harder for those who have health conditions to start new businesses, while entrepreneurs with pre-existing conditions who are already up and running may close up shop because they will no longer be able to afford insurance for themselves,” Small Business Majority Founder & CEO John Arensmeyer said in a release.

The Cruz amendment was seen as a way to win over arch-conservatives who argue the Senate bill doesn’t go nearly far enough in repealing the key components of the ACA, but Arensmeyer says it makes a bad bill worse.

“Businesses with younger or healthier workers might see their costs decrease, but the plans they offer would provide less coverage, putting entrepreneurs and employees in a difficult position if an unexpected medical situation arises,” Arensmeyer said.

U.S. Rep. Scott Tipton, a former small business owner and Cortez Republican who represents much of Eagle County, voted for the House version of what’s been dubbed “Trumpcare” when it narrowly passed in May. Many key senators said that bill – the AHCA – was a non-started in the upper chamber.

One of Tipton’s justifications for voting in favor of the AHCA was that the ACA – or “Obamacare” – has been brutal for small businesses in his sprawling district that includes all of the Western Slope of Colorado and parts of southern Colorado.

“The law has also forced many small businesses to cut their employee health insurance benefits,” Tipton writes on his website. “As we continue our work to fix the health care system by repealing and replacing Obamacare, I will support legislation that allows the free market to work and competition to drive down health care costs.”

Any version of the Senate bill that passes must still be reconciled with the House version before heading to President Donald Trump’s desk for a signature.

U.S. Rep. Mike Coffman, the only Colorado Republican to vote against the House plan in May (all three Democrats rejected it), now says the Senate is trying to do way too much and has urged the upper chamber to dial back some aspects of the bill and work with Democrats.

“You strip the polarizing things out of it, and say, ‘Look, for this particular piece, let’s negotiate,’” Coffman told Denverite. “I think you could get bipartisan support. Once you strip the politics out of it and say we’ll only arrive at a decision that is bipartisan, then there will be a negotiation.”

Only 12 percent of Americans supported the first Senate version, and Sen. Susan Collins, R-Maine, already has come out against the new version of the bill, saying she’s ready to work with Democrats to fix the ACA. With every Democrat against the bill, Republicans can only afford two defections, and Senate Majority Leader Mitch McConnell already appears to have much more opposition than that in his own caucus.

U.S. Rep. Ken Buck, a Colorado Republican who voted for the AHCA, has been urging House Speaker Paul Ryan to keep the lower chamber in session throughout much of the upcoming August recess in order to work on health care and other legislative priorities.

“With several outstanding legislative tasks left unfinished, it would be irresponsible to leave Washington for an entire month,” Buck wrote in an email. “We need to fix America’s healthcare system, reform the tax code, complete a budget, and pass appropriations bills. These tasks matter to Americans. We want affordable health insurance, job creation, economic growth, and federal spending restraint. That’s why Congress should stay in session until we can get something done.”

Apparently, McConnell agrees, announcing last that the Senate will work through the first three weeks of the August break, also waiting for Sen. John McCain to return from Arizona, where he’s recovering from eye surgery.

“More Coloradans have access to quality health care than ever before, and this coverage is improving the health of people across our state,” Hickenlooper said in a release. “The Senate bill’s cuts to funding and coverage threaten our progress in all areas. We urge the Senate to work with a bipartisan group of governors to focus on problems we all agree need fixing.”