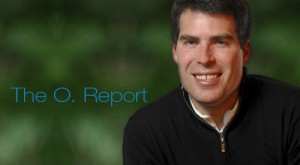 U.S. Rep. Jared Polis, a Democrat whose 2nd Congressional District has seen a big spike in oil and gas drilling, told an industry trade association today that it should immediately withdraw its lawsuits against the Front Range cities of Fort Collins and Lafayette over fracking bans passed by voters there last month.

Reached by email, a COGA official had this response to Polis:

“We appreciate Congressman Polis’ input,” said Doug Flanders, COGA’s director of policy and external affairs. “As a federal lawmaker representing communities with oil and gas development, his views are important. It is very encouraging that we agree about wanting the oil and gas industry to thrive in Colorado.”

That last sentence presumably refers to the last part of this statement from Polis:

“Local governments have authority to regulate oil and gas land-use activities because oil and gas operations are matters of local concern that impact home values and are an important issue for residents and neighborhoods,” Polis said. “If the oil and gas industry forces taxpayers to defend these lawsuits, it will generate even more public sentiment against creating energy sector jobs and achieving energy independence.”

And that’s the crux of the conflict. Cleaner-than-coal domestic oil and natural gas production has helped slowly dig Colorado out of its lingering recession, but the bulk of that drilling is now occurring in an area of the state – the northern Front Range – where a lot of people live. And unlike an underground coal mine in northwestern Colorado, oil and gas development is spread out, industrial and very close to where people live, work and play.

And fracking – or hydraulic fracturing – uses a tremendous amount of a fairly scarce resource in Colorado: water. That simple fact, and the often heavy-handed tactics of the industry, have created a maelstrom of ill will in northeastern Colorado. When the boom was more intense on the state’s less-populous Western Slope last decade, there was far less hue and cry, although still plenty of conflicts in places like Garfield County.

COGA contends the Colorado Supreme Court has already ruled that the legislatively-mandated regulation of the oil and gas industry by the state trumps all local rules and regs, and Colorado joined COGA in legally challenging a 2012 Longmont fracking ban. But last month four more cities, including Boulder and Broomfield, joined Longmont in imposing moratoriums on fracking within city limits.

Should the state now join COGA in taking on the latest fracking bans? How many cities can it sue and is that really the best way to resolve this major policy rift?

“Absolutely” the state should use its legal muscle, says state Sen. Greg Brophy, a Republican from rural Wray in northeastern Colorado.

Brophy, a conservative who hopes to take on Democratic Gov. John Hickenlooper next year, thinks the fracking bans are sending a very clear message to politicians and the industry.

“And the message is that people have it so good here in Colorado that they take for granted that the furnace will kick on and keep the home warm and that when the light switch is flicked the light bulbs will all turn on, and there are people who wouldn’t care a bit if it costs three or four times as much to heat a home in the winter in Colorado and those people want to ban fracking,” Brophy said. “That hurts the state, it hurts the nation, and I think it hurts poor people.”

State Rep. Mike Foote, D-Lafayette, a deputy district attorney in the Boulder County District Attorney’s office, had this to say about the fracking-ban votes:

“The industry should realize it is in their interest to work closely with the public rather than just running commercials with pretty landscapes in the background. Just because a corporation says something is safe doesn’t mean people will believe it. And just because a company has a right to do something doesn’t mean it is the right thing to do. Many people have been fighting back and will continue to do so until their concerns are addressed.”

Both Brophy and Foote predict a highly contentious legislative session in January when it comes to oil and gas bills. The role Hickenlooper plays in that fracas over tighter environmental regulation of the industry may go a long to determining whether he wins a second term in 2014.

The former oil and gas geologist turned Denver brewer was viewed by many in his base as being too cozy with the oil and gas industry last session, helping to torpedo some much-needed strengthening of the state’s drilling regs and enraging many with his seemingly dismissive comments about tasting fracking fluid.

Oil and gas drilling in Colorado may have reached a tipping point where increased industrial activity in a state that prides itself on natural beauty and outdoor recreation has started to turn off independents and even some Republican voters. Hickenlooper will once again be faced with some tough choices during the legislative session and leading up to next November’s election.