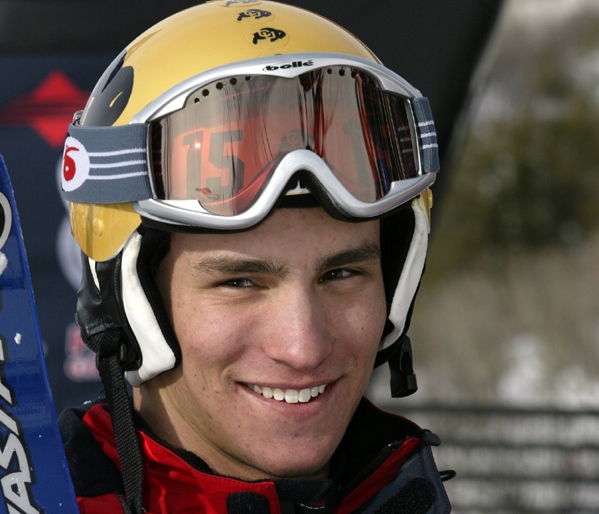 Jeremy Bloom did it all during his CU years, skiing in the Olympics and dazzling fans on the football field.

Former Olympic mogul skier and NFL player Jeremy Bloom is headed to the Sochi Winter Olympics for his third stint as a broadcaster, but with the Denver Broncos in the Super Bowl this Sunday, football is still front of mind for the University of Colorado standout.

“I like the Broncos to beat Seattle, of course,” Bloom, 31, said in a recent phone interview from San Francisco, where he lives part-time and runs a marketing software firm called Integrate. “I was actually glad that Seattle pulled it off against the [San Francisco] 49ers because I think the Broncos actually match up better against Seattle than they would have against the 49ers.”

In 2006, soon after finishing sixth in the moguls competition at the Torino Winter Olympics — the same event where Vail’s Toby Dawson won the bronze medal – Bloom was taken in the fifth round of the NFL draft as a kick return specialist and wide receiver for the Philadelphia Eagles.“I was drafted by [then Eagles’ special teams coach] John Harbaugh, so I know the Harbaugh family pretty well and I think so highly of them,” Bloom said. “I’m glad that we don’t have to see [49ers’ head coach Jim Harbaugh’s] preparation in the Super Bowl.”

“For me, no, I don’t have any regrets, man,” Bloom said of his short time in the NFL. “I’m really happy that I got the experience to live inside the walls in the NFL for two phenomenal teams, and I think I have much more perspective now, and I didn’t have it when I was playing.

Bloom is a huge fan of a player for the Broncos whom he played against in college – a small guy with great speed like Bloom.

“I look at Wes [Welker] and I shake my head,” Bloom said. “Laterally, he is so much faster than I ever was, and he’s just so fun to watch. I love the way he plays, and I’m so happy he’s a Bronco. I played against him when he was in college at Texas Tech and always had a lot of respect for him.”

Bloom, who went to high school in Loveland and skied at Keystone, had a stellar World Cup mogul career, claiming a world championship, an overall World Cup title, 12 career wins (including a then-record six in row) and top-10 finishes in the 2002 and 2006 Olympics.

Bloom quit playing college football when a judge ruled against him in his bid to continue skiing and accepting sponsorship money. He would later earn a degree from the prestigious Wharton School of Business at the University of Pennsylvania.

However, as a native Coloradan, the Buffs are still close to his heart, and Bloom likes where the down-and-out football program is headed these days.

“I think that the Buffs are definitely heading in the right direction,” Bloom said. “[Head football coach Mike] MacIntyre did a phenomenal job this year pulling together a team that had a lot of gaps in it. I think there’s a lot of disjointed leadership there, and I called a couple of their games and was around Boulder and talking to players and he’s doing a good job of uniting them.

“Now he just needs to recruit, and Rick George, the new AD, has put together a phenomenal plan to upgrade the facilities and add an indoor facility and that’s all going to help in recruiting, so I like the direction they’re headed.”