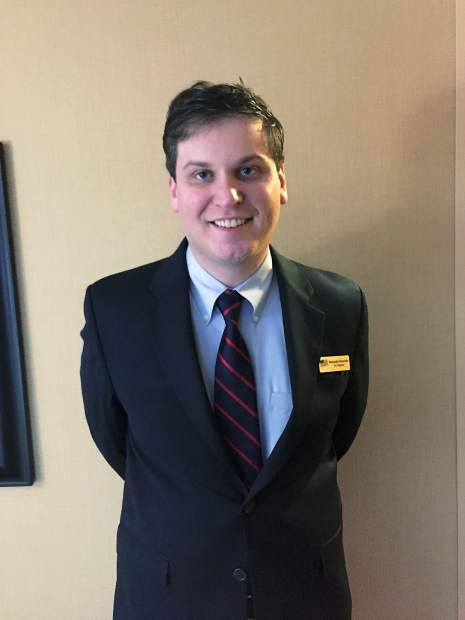 In fact, the 27-year-old fully understands he likely committed political suicide in the Centennial State and will have to fall back on a career as a journalist or political gadfly – or perhaps even lawyer as he weighs taking the bar exam. Then there’s also still a glimmer of political ambition for the young, well-spoken historian who gained far more fame after last month’s primary defeat.

“I wrestled with the pros and cons, and I definitely realized after sending that [Huffington Post article] that my role in the future might be as a journalist or a gadfly,” Beinstein told the Rocky Mountain Post. “I didn’t do it for political reasons, obviously. If anything, it hurts me politically, but I just felt like my conscience was strong enough.”

Beinstein says he’s still committed to GOP principles and was treated well in his engagement on the issue with Colorado Republican Party Chairman Steve House, who’s had his own differences with some of the state party’s top politicians.

“Ironically, the only hate mail I’ve actually gotten is from Democrats saying, ‘How could you still think about being a Republican with how terrible they are?’” Beinstein said. “I haven’t really gotten any from Republicans.”

Beinstein, who is Jewish, says he took his stand for very personal reasons.

“I have a grandfather who lost a lot of family members during the Holocaust, and that’s kind of why my dad had a troubled upbringing,” Beinstein said. “It’s such a personal issue, no matter what my own personal repercussions are, I couldn’t just let it slide.”

Earlier this month, Trump tweeted an image of Hillary Clinton against a background of $100 bills framed by a Star of David. Clinton blasted him for the anti-Semitic imagery culled from a white supremacist site, and Trump’s own party, led by Speaker of the House Paul Ryan, also criticized the tweet, which Trump denied was an intentional slur.

Pro-Jewish publications such as the Times of Israel and The Forward have detailed Trump’s long history of anti-Semitism, and also reported on his recent failure to disavow racist groups and individuals such as the KKK’s Dave Duke, a Trump supporter.

“My point is that if Paul Ryan, who’s Irish Catholic and loves telling people such, if Trump were making comments on all the stereotypes about Catholics – they drink too much or Catholics are stupid and they only follow the Pope, whatever – I doubt Paul Ryan would be able to continue his support [for Trump],” Beinstein said.

But he adds that he understands the difficult position GOP party officials are in, and that it’s easy to take a stand when you’re on the outside looking in politically.

“I can say this now as someone not affiliated with the party, and it’s probably not the wisest thing to say politically, but there’s still a decent element of the Republican Party that really wants to kick out a lot of non-white Protestants and hasn’t fully gotten over the legacy of the Civil War,” Beinstein said.

“I get it to a certain extent,” Beinstein said. “I think that their Jewish philanthropy is beyond sincere and has helped touch a lot of different lives. And at the older level they might just be so numb to anti-Semitism that so long as Trump is saying when it comes to Israel I will do anything to protect Israel they might like him more on the economy or tax rates [than Clinton].

“But for any younger person like myself, who’s more sensitive to anti-Semitism or comments about Hispanics or Catholics, it’s impossible. I definitely have met Jews who just accept anti-Semitism. They think it will always be part of American life, so long as they feel protected and if someone were to be violent toward them it’s not like it’s so corrupt like in Iran where they would look the other way just because they’re Jewish.”