What would Jesus do? Preserve DACA program and ‘show great heart’ to Dreamers 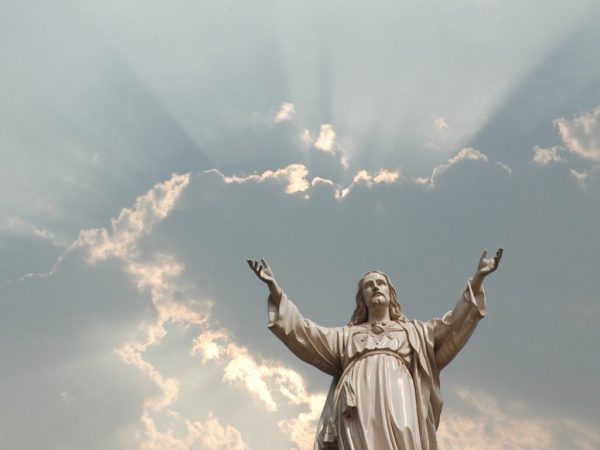 In my hometown of Eagle-Vail, Colorado, I got some positive feedback for an article I wrote recently on local Dreamer, high school and early college grad and former SOS Outreach Sherpa (outdoor program for at-risk youth) Alex Trujillo. He’s an accomplished 21-year-old DACA recipient whose parents brought him here at age 5, so I told his story in the context of the DACA program facing that arbitrary Sept. 5 deadline.

If you don’t know, DACA was put in place by an Obama executive order in 2012 and allows more than 750,000 immigrants who were brought here at a very young age by their parents to legally work and study in the United States without being targeted for deportation.

It’s a rigorous program that requires registering with the federal government and staying out of legal trouble, but some Republican states attorney generals want President Donald Trump to rescind the program or face legal challenges that the administration may choose not to fight in federal court.

Trump on the campaign trail last year promised to end DACA, but then after winning the election he promised to “show great heart” in dealing with DACA recipients, many of whom have never been back to their country of birth and know no other nation than the United States. The program enjoys bipartisan support and is the focus of multiple legislative solutions that would provide paths to citizenship.

With ICE arrests on the rise nationally and locally, some Dreamers are fearful that they’ll be easier to target than immigrants who remained in the shadows. And some GOP lawmakers are signalling they want to use the DACA program as a bargaining chip in a broader effort to crackdown on illegal immigration and perhaps even build Trump’s border wall.

That would be morally and economically wrong, in my opinion, and anyone who cares about this issue needs to contact Colorado’s congressional delegation immediately (see contact list below) and express their support for DACA and opposition to hard-line anti-immigration elements looking to oust Americans who came here without any choice but have stayed out of trouble and contributed to society ever since.

Faith leaders seem to agree with me on the morality of this situation. More than 1,300 Catholic educators issued a statement of support for DACA on Monday, imploring the Trump administration to preserve the program.

“We stand with our students who are DACA beneficiaries,” the educators wrote. “Their perseverance, hard work and hopefulness is an example to us as teachers. We witness the obstacles they overcome each day as they pursue their dream of a better life for themselves and their families.”

That made me wonder where my own church stands on the issue, and I found this 2016 statement of support for DACA as part of a legal brief filed by faith groups with the U.S. Supreme Court:

“Every day that the U.S. Congress refuses to address comprehensive immigration reform is another day at risk for millions of immigrant families. The relief offered by the expansion of DACA and the creation of DAPA, while not enough, will at least abate that risk for 4.5 million of our brothers and sisters. I join in this brief and lift up prayers for those whose lives can be made better with a ruling in favor of DACA and DAPA,” wrote Rev. Gradye Parsons; Stated Clerk, Presbyterian Church (U.S.A.).

Of course, challenges to DAPA (Deferred Action for Parents of Americans) — the companion order to DACA — were not overturned when the Supreme Court tied on the issue 4-4 last year. That means DAPA was left unimplemented and in legal limbo. Registrations for DACA, however, were allowed to continue, and reportedly there have been nearly 200,000 renewals under the Trump administration.

So DACA, at least, is both an Obama and a Trump program, and therefore it should clearly be defended by the Justice Department no matter what reservations some in the current administration may have about the program. It’s simply the right thing to do, and would demonstrate that on this topic at the very minimum, Trump does have “great heart.” Here’s how to contact Colorado lawmakers: