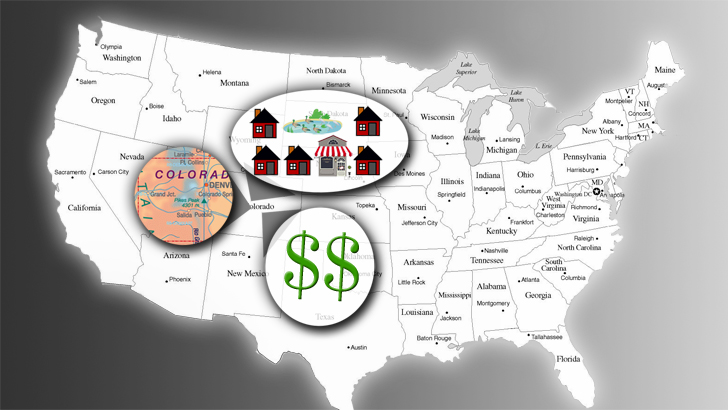 National numbers play a role in local decisions, says Walter Malony of the National Association of Realtors, but the real numbers are calculated according to local conditions in the communities where developers are considering new projects.

The National Association of Realtors made a big splash with their report on existing home sales this week, showing marked improvement in one of the key indicators for the health of the national housing economy.

But what do those numbers actually mean for realtors, homebuyers, and developers on the ground in the American West?

“The big macro data is important, and particularly some of the demand trends we’re seeing like in our recent study (RESET), but at the local level it’s all about how things pan out on the spreadsheets,” said Clark Anderson of the Sonoran Institute, which recently completed a survey and analysis of the housing market in the American West.

Glenn Ault, a Realtor and developer for Roberts and Michaels in Colorado, agrees. He has worked in Aspen, Rifle, Newcastle, and the surrounding areas for 29 years, and seen significant change in the real estate market over the past several years.

When he and his partners are looking at investing in property development, “We pay attention to the numbers based on our market, our local numbers,” he said.

“It gets down to supply and demand on a local area basis, which is driven largely by the health of the local job market,” he said.

Molony said that the broad, underlying affordability conditions are still relevant to local markets because movements in mortgage interest rates affect everyone.

Tight credit is also a universal condition, affecting builders, too.

“One reason new-home sales are only half of their normal market share, relative to existing-home sales (about 7 percent vs. 15 percent historically), is most builders are small businesses and they have trouble getting construction loans,” Molony said. “Most of the new construction has been by the handful of builders with access to capital on Wall Street, so that feeds into broader inventory shortages and above normal price growth.” 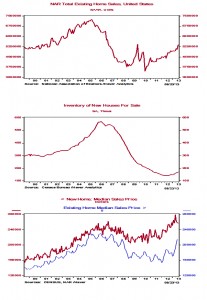 Census Bureau numbers show a general trend of recovery across existing and new home sales throughout the US www.realtor.org.

These trends are starting to shift as developers like Ault find evidence of an uptick in local sales numbers.

“Right now we’re just getting to the point where we think we can probably break even (on a development) and maybe even make a little bit of money in Rifle and Silt,” Ault said.

He added that his real estate transactions are up, and that the, “market is coming back nicely.”

“It’s not there yet, but probably by next summer we’ll be back to running, not where we were but at least running a profitable market. People won’t be taking big losses if they manage to hang on.”

Even as it recovers, the market is showing some different characteristics from the mid-2000s era both in size and make-up.

“Let me give you an example,” Ault said. “Building costs are up a little bit over what it was in ’08 simply because of supply and demand has caused material to go up. So our building costs in Rifle we were building houses for under $100 a foot, for decent houses. If you built the same home today it would be $20 more a foot. And the thing is, labor’s cheaper.”

Concrete prices, in particular, are way higher than their mid-decade averages.

Concrete numbers, literally and figuratively, often determine the wisdom of investing in various forms of development, but Anderson said it’s not quite so fatalistic. Communities have the ability to shape and change those numbers.

That’s where relationships between developers, the community as a whole, and non-profit organizations like the Sonoran Institute, whose Western Rockies office is in Glenwood Springs, come into play.

“The Sonoran Institute has good ideas,” Ault said. “They see a lot of things and have access to things we don’t, and that really helps us. Their way of working together is really a nice thing.”