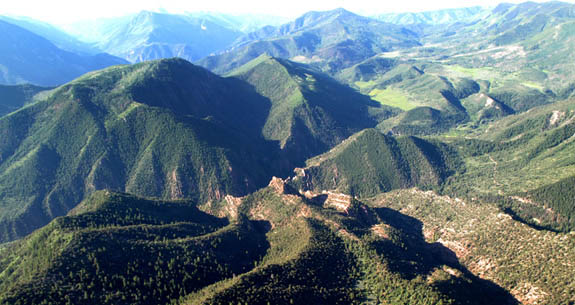 The race for Colorado’s 3rd Congressional District seat encompassing most of the state’s Western Slope has become somewhat of a one-issue campaign for both incumbent Republican Scott Tipton of Cortez and Democratic challenger Gail Schwartz of Crested Butte. It’s all about public lands and how best to make money off them.

Tipton, showing clear signs his race for CD3 has tightened in recent weeks, is aggressively calling out former state Sen. Schwartz for her comments and ads accusing Tipton of seeking to sell off federally owned public lands.

In recent weeks she’s been endorsed by former Secretary of the Interior Ken Salazar, Gov. John Hickenlooper, former U.S. Sen. Mark Udall and the Outdoor Industry Association, with groups like Conservation Colorado plowing significant money into ad campaigns backing Schwartz. She also has garnered newspaper endorsements from seven of the eight publications in the district that have done endorsements, including the typically conservative Grand Junction Daily Sentinel, which called Tipton out for being overly partisan.

But Tipton maintains he’s not just a one-trick pony for the oil and gas and coal-mining industries.

“If we’re talking about outdoor recreation and protecting those public lands, let’s look at the Hermosa Creek bill that I had signed into law, that we were able to pass through a Republican-controlled Congress to be able to create those opportunities down in La Plata County,” Tipton said on a press call in September.

“The thing you opposed until you finally recognized you better get on that train that left the station?” Schwartz retorted with regard to Hermosa Creek. “And then he got a concession for snowmobiles at Hermosa Creek. That’s the only reason he got on board.”

The Denver Post reported that Tipton’s 11th-hour amendments nearly derailed the Hermosa Creek Watershed Protection Act in 2014 but the bill ultimately protected 38,000 acres of public land as wilderness and designated another 70,000 acres a “special management area” allowing ATV riding, timber harvesting and other activities. Mining was allowed on about 2,400 acres.

“We’ve had actual results in terms of addressing concerns that are in our communities,” Tipton said of advocating for vehicle travel and some extractive industries. “I’m going to be supportive of that all-of-the-above policy. Our record confirms that, and that’s what we’ve been able to get through.”

Tipton campaign spokesman Michael Fortney told The Colorado Statesman that the Cortez Republican has consistently maintained that public lands should remain public and that the Schwartz claim he’s trying to sell off public lands is an outright falsehood that should be retracted. Fortney also derided the fallacy of Schwartz criticizing Hermosa Creek over snowmobiles when she constantly promotes public lands for outdoor recreation. 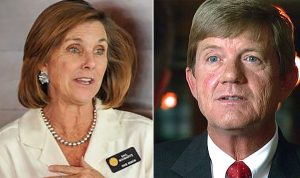 Fortney added Tipton would like to get back on the House Natural Resources Committee, which deals with many of these public lands issues, after previously serving on the committee but moving to the House Finance Committee to support community banks in CD3.

Schwartz, in a phone interview last month, said Tipton has long resisted expansion of public lands and only reluctantly supported a few proposals in the face of overwhelming public pressure. She also called him out for making a fortune off tourism reliant on public lands with his former company Mesa Verde Pottery without truly supporting the concept of national parks.

“He’s so disingenuous,” Schwartz said of Tipton, who sold the company that’s 10 miles from Mesa Verde National Park to the Ute Mountain Ute tribe. “He wants to sell off our public lands where he made his livelihood off of our national parks.

“Our national parks that we’re calling America’s best idea, while he has America’s worst idea, and that is to sell off our public lands and undermine that whole economy and the whole future associated with our public lands – right in line with this whole anti-park coalition.”

But Fortney counters Schwartz can’t point to a single bill Tipton has sponsored or supported that calls for the wholesale disposal of large swaths of public land that the federal government didn’t already want to get rid of for management purposes.

The HEARD Act, or Hunting, Education, and Recreational Development Act, which Schwartz points to, deals with the sale of lands the government has identified for disposal and how the proceeds from such sales will be allocated, Fortney says.

Tipton argues he has in fact been successful increasing protections for federally owned public lands in his district, pointing to his efforts to protect Chimney Rock near Pagosa Springs as a national monument.

“We got it through the House of Representatives to be able to create those outdoor opportunities, tourism opportunities down in Chimney Rock as well,” Tipton said, adding that the bill died in the U.S. Senate before the designation was ultimately made by President Barack Obama in an executive order.

However, the environmental group Conservation Colorado, which actively advocates for greater protection of public lands through increased wilderness designations and other tools, insists that Tipton simultaneously “attempted to block the creation of national monuments in five Colorado counties and weaken the president’s authority under the Antiquities Act.”

“[Tipton] stood in the way for eight years of trying to create the San Juan Wilderness,” Schwartz said. “We know what the economic multiplier is of creating a wilderness. But he’s only going to stand in the way so he can protect the interests of his biggest donors [energy companies].”

Advocates for the proposed Continental Divide Wilderness and Protection Act say Tipton’s refusal to support an earlier and much more controversial Hidden Gems plan – which overall sought wilderness protection for 340,000 acres in four counties – led to that plan being watered down significantly and lands in Pitkin in Gunnison counties being stripped out entirely.

“When it comes to federal land management, I support a balanced approach that includes respecting the environment that we all deeply value, while making the best use of our resources,” Tipton said of that bill. “These Wilderness Study Areas have been in land-management limbo for far too long, and I was happy to work with the BLM and Jackson, Mesa, and Delta counties to develop a solution that meets the needs of everyone involved.”

As for the Continental Divide proposal and the Gunnison plan, both of which are locally driven with wide-ranging support, Fortney says Tipton is not necessarily opposed.

“You can’t say Scott’s against something just because he’s not for everything,” Fortney said, noting there are numerous proposals for greater protections that are floated every year. He also rejected claims that Tipton wants to sell off public lands because he voted no on an amendment by U.S. Rep. Jared Polis, D-Boulder, that would have blocked funding for such efforts.

Fortney says the amendment was political grandstanding and completely unnecessary because there was no such effort being considered at the time, but Conservation Colorado counters the amendment was needed in the wake of growing Republican support for divesting public lands.

“I do think that the Polis amendment– while symbolic– was an important vote for taking the temperature of where various members of Congress stand on this issue,” Conservation Colorado spokeswoman Jessica Goad said.

“I’m not demonizing [oil and gas and coal]. but I’m also not selling myself out to either the environmental community or the coal industry,” Schwartz said. “I’m just trying to represent what’s best for the constituents in this district.”

“While Gail’s [renewable energy] bills have been lauded by the environmentalists, they do have real-world consequences for her constituents,” Tipton said. “We’ve seen the devastating impacts of this legislation on real-life Coloradoans, and unfortunately [coal-rich] Delta County, Colorado, has taken the brunt of Gail Schwartz’s tenure in the state Senate.”