Corporations must stand up to Trump on issues such as immigration, climate change 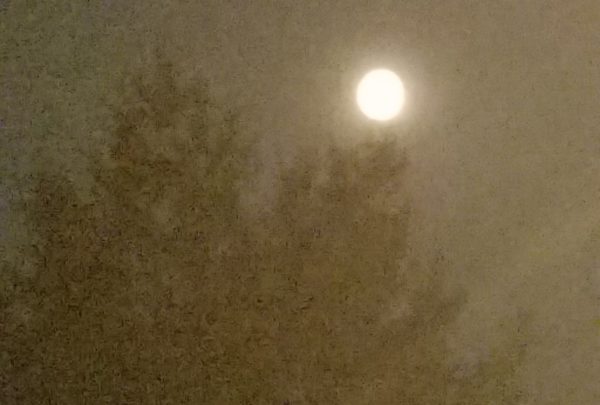 We choked on smoke all week in the Vail Valley as wildfires rage from British Columbia to Steamboat Springs. Meanwhile, the more than four feet of rain that deluged Houston has been all but forgotten (by everyone outside of Houston) as yet another massive hurricane bears down on Florida. Still, climate deniers continue to come out in force.

All around us there are signs of a growing climate catastrophe and yet we have a president who wants to take us back to the 50s (1850s, that is) before we knew that the burning of fossil fuels warms our atmosphere and amplifies the effects of weather events and that building a nation on the backs of slaves and immigrants comes with social obligations that cannot be abrogated by the stroke of a pen.

I was encouraged to see Aspen Skiing CEO Mike Kaplan take a courageous stand against President Donald Trump’s cowardly refusal to defend DACA and the hundreds of thousands of Dreamers now in the cross-hairs of Jeff Sessions’ overzealous ICE enforcers. I have been writing for months about the Dreamers Trump promised to “show great heart.”

Kaplan clearly gets that Aspen and Vail wouldn’t exist without immigrants, many of them illegal. True, the ski companies aren’t hiring undocumented workers, but many companies in both resort areas do. From landscapers to restaurants to construction companies, nothing in the nation’s top two ski destinations functions without immigrant labor — most of it from Latin America.

So many Dreamers were brought here by their parents seeking a better way of life offered by an economy eager for cheap labor. Places like Aspen and Vail — indeed, cities all over the nation — benefit massively from that labor pool. Turning our backs on their kids now is a moral issue, not a political one, and everyone has an obligation to speak up.

Immigrant labor rebuilt New Orleans after Katrina, and while Trump, Sessions and Steve Bannon ramp up the hate train and push their wasteful and wrongheaded border wall, that same labor pool will be even more in demand in the wake of both Harvey and Irma.

The billions spent on rebuilding hurricane and fire-ravaged areas can’t be diluted by the ridiculous border wall (which would require even more Mexican labor) — nor should it be business-as-usual reconstruction in obvious flood zones that are expanding inexorably inland as sea levels rise due to climate change.

Rebuilding in coastal areas should be done right, with building codes and zoning regs that recognize and account for climate change. In the West, that means no more building on drought-prone forest lands.

But in the White House we have a reality TV star president bent on slashing regulations of any sort, while chasing away our labor force, cozying up to right-wing white extremists and Russian-billionaire oligarchs and pulling out of every meaningful global agreement that mitigates climate change while projecting and maintaining American power and international leadership.

A handful of critics blasted Kaplan for his stance on DACA, trying to organize a boycott. One respondent, an Aspen Skico instructor, wrote, “”We won’t miss the people who go to Vail because of this.”

Guess what? I don’t in any way speak for Vail Resorts, but as a resident of the Vail Valley since 1991, I don’t want Trump lovers coming here, especially ones who condone his bigotry and outright racism in the wake of Charlottesville and dating all the way back to his pre-election anti-Mexico campaign. Take your money elsewhere, in my opinion.

As for critics who feel ski companies should stay out of the political fray, I disagree. Ever since corporations hijacked our election via the Supreme Court’s Citizens United decision, I have based most of my financial decisions on the corporate responsibility of the companies I do business with.

For instance, I will never again do business with Bank of America based on its acquisition of Countrywide and absolute destruction of our economy during the housing bubble. Hobby Lobby and Chick-fil-A will never get my money due to their conservative positions. Dell lost me as a customer through outsourcing and the company’s lack of response to Trump’s “very fine” Nazis comments.

I want to know how ski areas stand on climate change and immigration, and I won’t go to resorts that don’t stand up to the president on very clear moral issues.