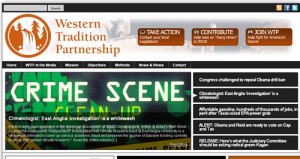 A fifth race involved moderate Republican businesswoman Debra Bonogofsky, of Billings, Mont., who last month labeled “bitter-sweet” the two court rulings against the Colorado nonprofit she says unfairly smeared her during a 2010 primary.

Kennedy beat Bonogofsky in the 2010 primary by just over 200 votes after a barrage of 11th-hour mailers from WTP questioned whether Bonogofsky was conservative enough on issues ranging from gun control to the environment.

Motl found that WTP contributed unreported and undisclosed activity in support of Kennedy, and the case – originally brought by Bonogofsky in 2010 – was headed back to the local county attorney for possible prosecution.

“It is a good feeling, but it’s kind of bitter-sweet because three and an half years ago that district elected someone who wasn’t elected honestly,” Bonogofsky said recently. “My hope is that it just doesn’t go away and there are some real consequences.”

WTP was first registered by former Republican political operative Scott Shires in Colorado in 2008. In 2010, Shires was replaced as the registered by an attorney with the Hackstaff Gessler law firm in Denver, and the name was changed to American Tradition Partnership.

ATP is still a nonprofit corporation in good standing with its registered agent listed as Hackstaff Law Group LLC and its offices at 1601 Blake St., Suite 310, in Denver. Its last annual report was filed on July 24 of this year.

Hackstaff Law Group is the former law firm of Colorado Republican Secretary of State Scott Gessler, who is currently running against Gov. John Hickenlooper, a Democrat. Shires says he was “just the registered agent” for the group and broke ties in 2010. A spokesman for Gessler has steadfastly refused to comment on WTP/ATP, which also was blasted for nasty campaign mailers against Aspen-area Democratic state Sen. Gail Schwartz during the 2010 election.

In his decision last month, Motl also criticized Kennedy campaign treasurer Corey Stapleton, who told the Associated Press he “only agreed to be the treasurer if Kennedy delegated the administrative tasks to a deputy.” Stapleton, a former state lawmaker from Billings who unsuccessfully ran for governor, is now challenging Democrat Max Baucus for the U.S. Senate.

Bonogofsky laments the fact that political life just goes on despite the clear abuses of campaign finance laws by “dark money” groups like ATP.

“It comes right back to the voters and if they don’t care enough,” Bonogofsky said, adding the whole ordeal has soured her on running for political office. “Right now I don’t have any desire [to run again]. It has pretty much taken the wind out of my sails, which is kind of giving them a win, too. It’s hard after all that work.”

Also last month, a federal judge in Montana ruled that a trove of campaign documents found in a Denver-area meth house should remain with a grand jury investigating ATP for its campaign practices. Christian and Allison LeFer allegedly ran a bulk-mailing center in Livingston, Mont., for ATP and other groups. Allison LeFer said her car with all the documents was stolen in Denver, and that they rightfully should be returned to her.

The federal judge disagreed and ordered the LeFers to pay the state’s legal fees and blocked them from filing further complaints. Allison LeFer did not return an email requesting comment.

Bonogofsky said she’s pleased with the part she played in bringing the organization down.

“I feel good about starting something that needed to be done a long time ago,” she said.

Bonogofsky in 2011 saw her ranch along the Yellowstone River fouled by an ExxonMobil oil spill that resulted from a pipeline break. At the time, ATP Executive Director Donny Ferguson flew to Montana to defend ExxonMobil against “radical environmentalists.”

Listed as ATP’s only staff member over the years, Ferguson in January resigned to take a position as a staff member for Republican U.S. Rep. Steve Stockman of Texas.