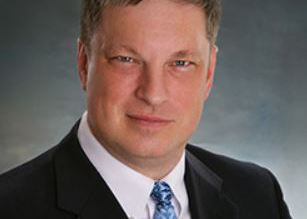 In a press release and a letter to the commission on Friday, Williams said “elections are working well in Colorado,” and he added that the commission’s request for publicly available voter data that prompted the exodus of thousands of Colorado voters around the state was misguided because it “can’t be used to effectively assess the accuracy of voter rolls.”

“By every relevant metric, our state ranks as a leader in election administration,” Williams wrote to the controversial commission. “Thanks to sound policy and the hard work of our 64 county clerks and recorders, Colorado is often ranked first and always ranked in the top five in the nation in both voter turnout and percentage of eligible Coloradans who are registered to vote.”

Williams touted the Election Registration and Information Center (ERIC), which Colorado belongs to, as a possible solution. The nonprofit organization helps states improve the accuracy of voter rolls and access to voter registration for eligible citizens.

“Because states election officials are the experts at maintaining clean voter rolls, and ERIC is a powerful tool to facilitate this, the commission should reach out to ERIC to better understand its processes and security protocols,” Williams said. “The commission has requested states’ public voter roll data. While this data may serve a purpose, a single request for data that lacks the non-public data necessary to accurately match voters across states can’t be used to effectively assess the accuracy of voter rolls.”

In his letter (pdf), Williams pointed out to the commission that the official voter rolls of Colorado remain in “our control and our custody. Neither the federal government nor any other entity can make any change in Colorado’s voter rolls.”

In an interview with the right-wing website Breitbart, Kobach on Friday had this to say about Colorado voters withdrawing their registrations due to the Trump-ordered commission’s data request:

“It could be a number of things,” Kobach said. “It could be, actually, people who are not qualified to vote, perhaps someone who is a felon and is disqualified that way, or someone who is not a U.S. citizen saying, ‘I’m withdrawing my voter registration because I am not able to vote.’ It could be a political stunt – people who are trying to discredit the commission and withdrawing temporarily because they are politically active but planning to get back on the voter rolls before the election next November.”

Registered Colorado voters worried about their private voter-registration information becoming public if it’s handed over to Trump’s commission on voter fraud were breathing a sigh of relief last week — at least for now.

The commission on Monday of last week sent an email to Williams — and election officials across the nation — instructing them to hold off on submitting data while a judge weighs a lawsuit by the Electronic Privacy Information Center seeking to block release of the information.

Williams has been blasted by critics of the commission for originally saying he would comply, releasing only information the state considers public anyway and withholding private information such as social security numbers or birth dates.

That had voters at some Colorado election offices deciding to “un-register” to avoid having their information sent to a commission headed up by Vice President Mike Pence and Kobach.

Some critics see the commission as a solution without a problem that’s actually aimed at voter suppression. Trump, angered he lost the popular vote by a huge margin, has insisted it must be because so many people voted illegally, although that assertion has been widely debunked.

Eagle County (Colorado) Clerk & Recorder Regina O’Brien recently sought to reassure local voters that no private information, including “any portion of a voter’s social security number, their driver’s license number, their full date of birth and their email address,” will be turned over to the commission.

“This information will not be included in the voter information the Secretary of State will be providing to the Election Integrity Commission,” O’Brien said in a press release last week. Here’s that full release:

The Eagle County Clerk & Recorder’s Office is fielding inquiries on voter records and confidentiality, following an announcement from the Colorado Secretary of State’s Office indicating the state will release publically available voter information to the Presidential Advisory Commission on Election Integrity.  By state law, this information is available to anyone who requests it, and is expected to be provided to the advisory commission on July 14.

Colorado county clerks and the State of Colorado are required to maintain certain information on registered voters.  Some of this information is considered public record while other information is private.

According to Eagle County Clerk & Recorder Regina O’Brien, private information includes any portion of a voter’s social security number, their driver’s license number, their full date of birth and their email address.  “This information will not be included in the voter information the Secretary of State will be providing to the Election Integrity Commission,” said O’Brien.

Data that is public record includes the voter’s full name, residential address, party affiliation, date of affiliation, gender, birth year, phone number if provided by the voter at registration, and whether the voter has voted in prior elections.

Survivors of domestic violence, sexual offenses or stalking may also enroll in Colorado’s Address Confidentiality Program. Voters who are part of this program will not have any of their voter information released to the public.

Voters are reminded that even if they are listed on the National Do Not Call List, political calls to voters are permitted under Colorado law.  There is no complaint or removal process established for these types of calls. However, a voter can remove a phone number from their voter registration by visiting www.govotecolorado.com and updating registration information.  This provides no guarantee that a voter’s phone number will not be obtained from other sources. For example, this will remove phone numbers from future voter lists, but will not remove them from past lists released or from the phone directory.