Colorado-made satellite will measure effects of solar irradiance on climate

The Total Irradience Monitor (TIM) is expected to launch November 19 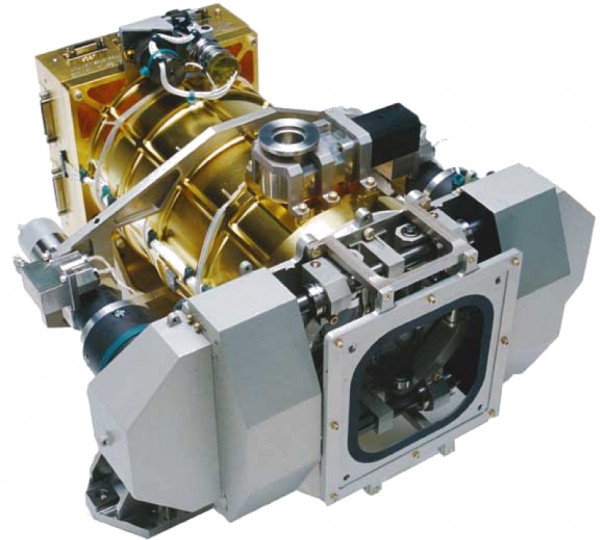 Total solar irradiance (TSI) is the dominant driver of the global temperature of the Earth. The Total Irradience Monitor (TIM) will allow scientists to continue to measure the TSI to determine the Sun’s direct and indirect effects on Earth’s climate. (Photo courtesy NASA http://glory.giss.nasa.gov/tim/)

A $5 million instrument designed and built by the University of Colorado Boulder to study the sun’s natural variability in order to better discern human-caused climate effects will be launched Nov. 19 from NASA’s Wallops Island Flight Facility in Virginia.

The instrument, known as the Total Irradiance Monitor, or TIM, will fly on the National Oceanic and Atmospheric Administration’s Total Solar Irradiance Calibration Transfer Experiment, or TCTE. The principal investigator for the TIM instrument is Greg Kopp of CU-Boulder’s Laboratory for Atmospheric and Space Physics.

The instrument is a replacement for another CU-Boulder TIM instrument that was lost when NASA’s Glory spacecraft failed to achieve orbit in 2011. The replacement TIM flying on TCTE was originally a ground-based instrument but was swiftly repurposed to make it space-worthy, said Kopp. The TIM flying on TCTE will help scientists avoid a gap in a 35-year record of solar measurements, which is key to understanding both long- and short-term changes in the sun’s radiation that help determine natural causes of climate change.

Between 2003 and 2013, many solar and climate scientists relied on a CU-Boulder satellite known as the Solar Radiation and Climate Experiment, or SORCE, a $100 million NASA mission designed, built and controlled by LASP, carrying a TIM instrument identical to the one that will fly on TCTE. Nearing the end of its lifetime, the workhorse SORCE satellite has not taken measurements since July but will be powered up again in December in order to calibrate its measurements with the TIM on TCTE, Kopp said.

“Without the Glory satellite up there we were worried we would not have the instrument we needed to continue making accurate solar measurements,” said Kopp. “Fortunately we had a lab version of the TIM flying on SORCE that we knew we could make flight-ready very quickly. NOAA liked the idea and contracted us to build it.”

The LASP team upgraded the electronics and refurbished the TIM instrument to provide a relatively seamless transition between it and other solar instruments currently taking data, Kopp said. The $5 million contract includes testing and instrument operations, he said.

“It was nice to see that we can still build quality spacecraft instruments quickly in an old-school way that does not include the many reviews and oversight required for big missions,” said Kopp. “Building this instrument quickly and efficiently made it exciting to everyone on the team, because we saw so much progress on a day-to-day basis.”

Kopp said it took about five months to deliver the instrument from the time work began through the final testing phase. It was delivered on time and on budget in September 2012, then integrated onto a U.S. Air Force satellite built by Ball Aerospace & Technologies Corp. in Boulder. The TCTE mission is a joint venture of NASA, NOAA, The U.S. Air Force, Ball Aerospace and CU-Boulder.

The TIM instrument will point directly toward the sun to measure both short- and long-term fluctuations in the sun’s energy output as it reaches the top of Earth’s atmosphere. Scientists previously have shown that the overall output of the sun changes only about 0.1 percent over the duration of a solar cycle, which lasts about 11 years. But for climate studies, changes over longer durations need to be measured.

“We are interested in how the sun’s energy changes over both the long and short term,” said Kopp. “The Earth has warmed by about 1.4 degrees Fahrenheit over the last century. Roughly 10 to 15 percent of that is likely due to the sun while most of the rest is caused by human activity. In setting climate policies, we need to know how much of climate change is purely natural.”