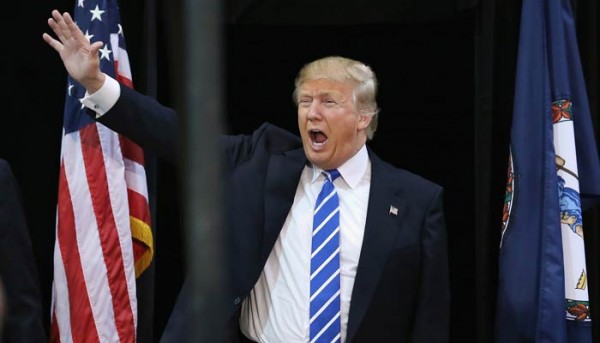 President Donald Trump over the weekend defended his controversial pick to head up the Justice Department on an interim basis in the wake of the forced resignation of former Attorney General Jeff Sessions, saying Matthew Whitaker is “going to do what’s right.”

But lawmakers and attorneys around the country, especially on the Democratic side of the aisle, continue to call on Congress to pass legislation protecting the investigation by special counsel Robert Mueller into whether Trump conspired with Russia to win the 2016 election and subsequently obstructed justice.

In Colorado, Democratic Sen. Michael Bennet made it very clear where he stands on the issue.

“President Trump replaced Attorney General Jeff Sessions with a loyalist who has publicly criticized the investigation, leaving the door open to obstruct Mueller’s probe,” Bennet wrote in an email blast to his constituents over the weekend.

“Without legislation from Congress to protect the investigation, the President could direct his loyalist to end the investigation before it is complete,” Bennet added. “The Senate must enforce that no president is above the law. Instead, Mitch McConnell cowered from his responsibility as an independent check on the President’s power.”

Colorado Attorney General-elect Phil Weiser on Nov. 9, in an exclusive interview with RealVail.com, called Trump’s forcing out of Sessions and replacement by Whitaker “the definition of a teachable moment” and encouraged “public outcry” to protect Mueller.

Weiser, who defeated Republican District Attorney George Brauchler by a little over 2 percentage points on Tuesday, Nov. 6, described a #ProtectMueller rally he attended Nov. 8 on the steps of the state capitol in Denver. Similar rallies were held in more than 900 cities.

“I was at the rally [in Denver] and I was praising Marbury vs. Madison and people were applauding, and that is not a usual event because this is a decision made by Chief Justice [John James] Marshall [in 1803],” Weiser said, referring to the landmark case that established the U.S. precedent of judicial review. It’s a decision Whitaker in the past called “a bad ruling” because the courts “are supposed to be the inferior branch.”

A sharp critic of the Mueller probe into Trump administration coordination with Russians who interfered in support of Trump in the 2016 presidential election, Whitaker leaped over deputy U.S. AG Rod Rosenstein, who has been overseeing the Russia investigation after Sessions recused himself. It’s widely feared Whitaker will now try to fire Mueller.

Four top Trump advisors, including former national security advisor Michael Flynn and campaign director Paul Manafort have plead guilty to various crimes as a result of the probe. In all, the investigation has thus far obtained indictments or guilty pleas from 32 people and three companies.

“Part of my message at the rally and part of my commitment is the rule of law ultimately has to be backed up by public opinion and public outcry and we can’t be complacent about these issues,” said Weiser, who ran on a platform of standing up to the Trump administration.

“The firing of Mueller, who’s in the midst of what any reasonable person would say is a thorough, fair and effective investigation, is an affront to the rule of law, and Whitaker’s statements – both about the Mueller investigation and about Marbury vs. Madison — need to terrify anyone who cares about the rule of law, which means we’ve got to be vigilant,” Weiser said.

The former dean of the University of Colorado Law School and a constitutional law expert who clerked for two U.S. Supreme Court justices, Weiser reiterated that this is a pivotal historical moment for the nation.

“What I said at the [Denver] rally is the other Chief Justice Marshall decision that’s important to know involving judicial review of unconstitutional action is Cherokee Nation vs Georgia, where [President] Andrew Jackson, ironically a hero for our president, said John Marshall has made his decision and now we can enforce it,” Weiser said. “The Trail of Tears was [later] declared unconstitutional but it happened anyway.”

That 1830’s Trail of Tears – a deadly forced march of the Cherokee Nation from Georgia to Oklahoma — is widely viewed as one of the greatest tragedies imposed on Native Americans by the U.S. government. Weiser fears the Trump administration is poised to take similarly unconstitutional actions, if it hasn’t already.

“By marshalling public opinion, and I believe there are a lot of Republicans and conservative lawyers who are also in horror, we just can’t be quiet about this,” Weiser added. “This is the basis of our country. Countries around the world envy the U.S. commitment to the rule of law. We can’t take it for granted that we’re going to preserve it.”

Colorado’s split U.S. Senate delegation also weighed in on the Trump-Russia probe, with Republican Sen. Cory Gardner taking questions on NBC’s Meet the Press on Nov. 11. Gardner was asked about a move by Arizona Republican Jeff Flake and Delaware Democrat Chris Coons to ask for unanimous consent to get a Mueller-protection bill voted on in the lame-duck Senate session.

Moderator Chuck Todd twice pressed Gardner on whether legislation protecting Mueller and the special counsel investigation is necessary in the Senate.