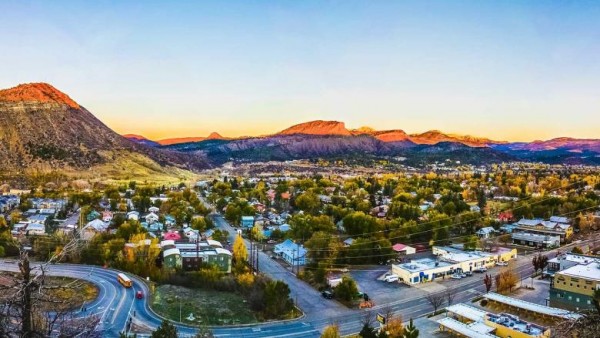 The city of Durango and surrounding La Plata County will be critical in determining who wins the House District 59 election in November (Colorado Tourism Office photo).

Editor’s note: A version of this story first appeared in The Colorado Statesman:

In 2014, the race for Colorado House District 59 in Southwest Colorado was one of closest, nastiest and costliest in the state. Both presumed major party candidates for HD59 in 2016 – incumbent Republican rancher J. Paul Brown and Democratic educator Barbara McLachlan – expect more of the same this time around.

“I expect it will be a very tough campaign,” Brown told The Colorado Statesman. “I’ve got probably the biggest target on my back of anybody in the state, and because we only won by 170 votes last time, they’re going to really come after me. They’ve already put out some negative flyers on me that I know of, so it’s going to be tough. But we’re tough, too.”

Brown’s razor-thin 2014 victory over Barbara McLachlan’s husband, Durango attorney Mike McLachlan — who unseated Brown by a scant 917 votes in 2012 – closed the gap to just a three-seat majority for Democrats in the House. Now, in another presidential election year, Dems are eyeing the seat as a way to pad their cushion.

“I’m trying not to look at it as Democrats and Republicans when that’s only two-thirds of the voters,” Barbara McLachlan told The Statesman, referring to voter registration numbers showing 36 percent unaffiliated voters in the sprawling six-country district. Republicans account for 34 percent, and Democrats are at 28 percent.

“We actually have more independents in our district than anything else, so to win the race you have to listen to everybody. I’m hoping that if we can encourage conversation and common ground, maybe that’s where the votes come from. I’m a pretty moderate Democrat I would say. I don’t think I’m a wing-ding out there.”

Brown, of rural Ignacio, who won the district in 2014 without winning the most populous area – Durango and surrounding La Plata County – begs to differ with Barbara McLachlan on her own ideological self-assessment.

“I think she’ll be a carbon copy of Mike and worse,” Brown said. “She’s even more liberal than he is. She’s pro-union and been a teacher. She’s just a tax-and-spend, liberal Democrat. More regulation. That’s the way I see her.”

Barbara McLachlan counters that Brown is either in office to promote his own narrow self-interests or proposes grandiose schemes such as Front Range water storage projects in the Platte River basin without any realistic way of paying for them in a budget-constrained state.

“[Brown] has a record of some pretty off-the-wall votes, and he keeps saying he’s calming down and getting better, but he still has a record,” Barbara McLachlan said. “His first bill was the bear bill because he wanted to be able to hunt bears because of his sheep. That really doesn’t represent a lot of the 59th District.”

Brown unsuccessfully ran a bill in his first term in 2011 that would have given the state the flexibility to expand bear-hunting season into the spring and summer months, which have been off-limits since 1992. Conservation groups bitterly opposed the bill.

Mike McLachlan told The Statesman he paid a price in 2014 for votes he took in favor of a package of successful 2013 gun-safety bills in the wake of the Aurora theater shooting and the Newton, Connecticut elementary school massacre.

“They ran a very strong campaign against me on the basis that I am not in favor of the Second Amendment when I totally am,” Mike McLachlan said. “I’m a Vietnam veteran, a United States Marine. Somehow they were able to turn that into I was a traitor against the United States.”

Mike McLachlan adds that outside money from national groups such as the National Rifle Association and statewide groups like Dudley Brown’s Rocky Mountain Gun Owners spent upwards of $500,000 to help oust him.

“The gun votes were a part of it,” Mike McLachlan said of his defeat. “Also it shows that in the off presidential years that the Democrats don’t come out as much, and we didn’t have the kind of turnout we needed.”

“His votes limiting the Second Amendment in 2013 were certainly a part of it,” Brown said, “but $500,000 sounds a little absurd to me. The Democrats and the 527s that were pro-Mike McLachlan put a lot more money into the race than the 527s that were pro-Paul Brown. I do know Dudley [Brown] put a thousand bucks into our campaign.”

Outside groups, including 527s and a variety of PACs, reportedly spent more than $900,000 on the race, although total expenditures can be hard to trace. The amount of money was fairly equally divided among GOP and Dem-aligned groups. Both candidates in 2014 hauled in well over $100,000 in campaign contributions, with Mike McLachlan topping the $150,000 mark.

Barbara McLachlan says she and her husband are very different people, agreeing and disagreeing on a lot of issues over the course of their 31-year marriage, which is why she says it works so well.

“I look at gun issues a little differently in that the fact is that gun violence has gone down in the United States, so I think if you’re totally anti-gun, you don’t understand that a lot of things have been put into place and a lot of things are working.”

Most people on all sides of the issue agree that background checks are reasonable, she adds.

“I would like to see more of a truce that happens where both sides talk together about how we can guarantee people’s Second Amendment rights but also guarantee that people who don’t have guns are safe. That’s also one of our rights … life, liberty and the pursuit of happiness.”

Brown shot back that no one should be fooled by Barbara McLachlan’s talk of defending the Second Amendment.

“She can say whatever she wants to,” Brown said. “They’ve already got those laws passed, but if it came down to it and she’s in the majority with the Democrats in the House and they tell her to vote for something that’s anti-Second Amendment, I guarantee she’s going to vote that way.”

Mike McLachlan called Brown a do-nothing lawmaker who ran on a platform of repealing the 2013 gun laws but wasn’t even able to accomplish that goal.

“He ran on the basis that he would repeal the background checks and repeal the magazine limits and he would, ‘Take back America,’” Mike McLachlan said. “But the fact of the matter is both of those legislative efforts failed and he hasn’t come forward with any positive legislation since he’s been up there.”

Brown said he drew the short straw with two other lawmakers running repeal bills and that it didn’t matter anyway with Democrats controlling the House and the governor’s mansion.

“There’s not anyone more pro-gun than I am, and Mike McLachlan knows it’s going to be very hard to repeal those bills until we have a majority, and we dang sure will do that when we do,” Brown countered. “That’s on my list, but I don’t know how you can criticize me for not getting that done.”