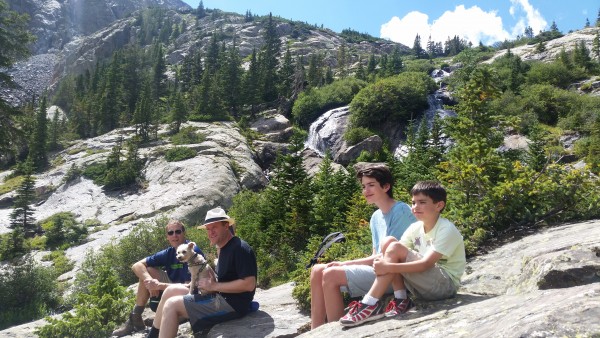 Colorado, dubbed “The Hate State” 26 years ago with the passage of the discriminatory, anti-gay-rights Amendment 2, on Tuesday night became the first state in the nation to elect an openly gay man to be its governor as Democrat Jared Polis topped Republican Walker Stapleton.

“Tonight, right here in Colorado we proved that no barrier should stand in the way of pursuing our dreams,” Polis told supporters in his victory speech. “We proved that we’re an inclusive state that values every contribution, regardless of someone’s sexual orientation or gender identity.”

Amendment 2 was deemed unconstitutional by the U.S. Supreme Court in 1996, but Colorado has remained a battleground over LGBTQ rights with the recent SCOTUS decision siding with a baker who refused to make a wedding cake for a gay couple. And closer to home, “bias-motivated” bumper stickers in Eagle and Vail targeted Polis in his run for governor.

Polis, an entrepreneurial millionaire who for the last decade has represented part of Eagle County in Congress, defeated former Colorado Treasurer Stapleton by a margin of 52 percent to 45 percent with 84 percent of the precincts reporting.

And Colorado voters recorded another first in Polis’s former congressional district, electing the first African-American from the state to Congress. Democrat Joe Neguse was beating Republican Peter Yu by a margin of 60 to 34 percent with 86 percent of the precincts reporting.

Neguse will now represent the state’s 2nd Congressional District, which stretches from eastern Eagle County – including Vail – down to the northern Front Range cities of Boulder and Fort Collins.

The western two-thirds of Eagle County, along with most of Colorado’s Western Slope and the southern Front Range city of Pueblo, will continue to be represented by Republican Scott Tipton, who held a 52 to 43 percent lead over former state Rep. Diane Mitsch Bush, a Steamboat Springs Democrat, with 93 percent of the precincts reporting.

But overall, Democrats regained a majority of congressional representatives with the defeat of Republican Mike Coffman in the 6th Congressional District in Denver’s suburbs. Democrat Jason Crow was leading Coffman 53 to 44 percent with 88 percent of precincts reporting. Crow’s win was part of overall Democratic retaking of the House of Representatives nationally.

Colorado Democrats also appear to have retaken the majority in the state senate, with women leading the charge. Vail’s own Democratic Sen. Kerry Donovan was leading Republican Olen Lund 60 to 40 percent with 95 percent of precincts reporting in the seven-county Senate District 5 that includes Eagle County.

“Tonight, the voters of Colorado sent a clear message that they endorse Senate Democrats’ forward-looking agenda and reject the politics of cynicism and division,” Colorado Democratic Party Chair Morgan Carroll said in a release. “We are thrilled to see Democrats re-gain the majority in the Colorado State Senate. Working in tandem with governor-elect Jared Polis and a Democratic majority in the House of Representatives, we’re excited for the opportunity to roll up our sleeves and accomplish great things for the hardworking people of Colorado.”

The Democratic majority in the state house was likely to grow, including a victory by Democrat Dylan Roberts of Eagle, who was topping Republican Nicki Mills of EagleVail by a 61 to 37 percent margin with 96 percent of precincts reporting in House District 26, which includes both Eagle and Routt counties.

“I am beyond humbled and very honored that the voters of Eagle and Routt counties have entrusted me with the task of serving them in the State House,” Roberts told RealVail.com Tuesday night. “We have a lot of work ahead of us, particularly on the issues of lowering health insurance costs and protecting our environment.

“I am looking forward to working with my colleagues, regardless of party, to make meaningful impact for these two counties and for the entire state,” Roberts added. “I will work every day to represent every single person of this district, whether they voted for me or not, with integrity and hard work.”

“We in Colorado have a unique opportunity to be a model for our nation during a challenging time,” Weiser said in a prepared statement. The hard issues we can confront—building an inclusive Colorado, managing our water in the face climate change, addressing the opioid epidemic, and providing accessible and affordable health care, to name a few—are challenges that are not being addressed in Washington.

“By working to bring people together to address these issues, we will demonstrate the best of what our nation stands for.  I look forward to working with an amazing group of leaders in this room and around our state, along with dedicated professionals in the Attorney General’s office, to do just that.”

For the latest Eagle County election results, go to the Clerk and Recorder’s website.