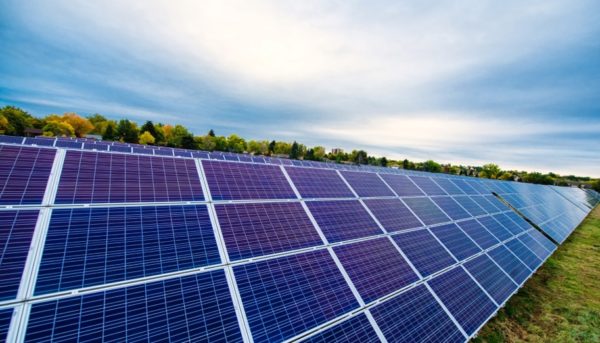 Xcel Energy on Tuesday unveiled what the eight-state electric utility is calling “the most ambitious [carbon reduction plans] announced to date within the electric power industry,” drawing swift praise from newly elected Democratic lawmakers who hope to advance a renewable-energy agenda.

The Minnesota-based company that provides the majority of the electrical power in Colorado plans to deliver 100-percent carbon-free electricity to all of its customers by 2050, meaning no more coal- or natural gas-fired power plants.  The company also plans to cut carbon emissions 80 percent by 2030 from 2005 levels. 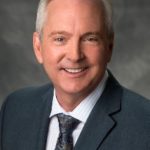 “You probably have seen the same kind of scientific reports coming out of the U.N. and U.S. that I have, and those studies suggest climate change isn’t getting any better, it’s getting worse, so when we step back as a company, we think about what more we can do,” Xcel Energy Chairman, President and CEO Ben Fowke said Tuesday on a conference call with reporters.

Those technologies include but aren’t limited to nuclear power, carbon capture and hydrogen power, but he pointed out that current technology can get Xcel to its 80-percent carbon-reduction target by 2030, and that the company is already on schedule for a 60-percent carbon reduction by 2030.

Fowke pointed out that nuclear power is a significant part of the company’s mix in Minnesota and that he doesn’t want to see those facilities retired prematurely. Colorado doesn’t have any nuclear.

In the last decade, Xcel has already achieved a 35-percent carbon reduction, Fowke said, and the price of large-scale wind and solar has fallen by more than 70 percent, making it head-on competitive with fossil alternatives.

Fowke was almost immediately asked why the company doesn’t just label this latest plan a 100-percent renewable target – something that would be more aligned with the stated goal of the in-coming Gov-elect Jared Polis administration.

“It’s important that we don’t shut down that the real goal is 100 percent carbon free. Let’s make sure that we look at all the tools in the toolbox to get there and we’ll bet on the ones that are the most pragmatic and economically viable,” Fowke said. “I listen to scientists on climate change, and I listen to my system engineers on reliability. You can’t legislate physics.”

“At the end of the day we’re really talking about those advanced technologies that are going to close the gap, particularly dispatchable advanced technologies,” Jackson said. “We think this goes a long way to addressing what Governor-elect Polis’ administration was running their platform on. We’re talking about achieving levels of renewables here 60 percent or higher by the time we get to 2030.”

Polis chimed in via a press release, saying the Xcel plan advances Colorado as a clean-energy leader.

“When I launched my campaign back in 2017, we had a bold agenda for our state to get to 100 percent renewable by 2040,” Polis said. “Xcel Energy’s exciting announcement today, along with the strong climate goals communities like Pueblo, Summit County, Ft. Collins, Denver and others across the state have embraced, shows we are leading the way forward right here in Colorado — by committing to a renewable and clean energy future.”

Fowke said it will be challenging to get Public Utilities Commission approval, as well as the legislative steps necessary to advance the plan, particularly as it relates to increasing the amount of research and development going on in the state.

“I don’t think getting buy-in across both sides of the aisle and various stakeholders is going to be a cakewalk,” Fowke said. “We need support and we need to demonstrate the compelling economics and the plan that we can put forth to get us there.”

Asked if the rural electric co-ops Xcel provides power to, such as Holy Cross, are onboard with new plan, Jackson lauded the announcement by Holy Cross this fall of its new seventy30thirty plan to reduce greenhouse gas emissions by 70 percent from 2014 levels by 2030, as well as increase its renewable resources to 70 percent by that same year.

“They made an announcement not too long ago about a 70-percent carbon reduction goal by 2030, and they’re one of the customers that gets to benefit from things like the Colorado Energy Plan that was recently approved, which achieves a 60-percent carbon reduction on our system,” Jackson said Tuesday, referring to Xcel’s 60-percent initiative approved by regulators over the summer.

“So, you’re going to see a range of cooperatives and what they’re looking for,” Jackson added. “I can only name the ones that I work with directly and significantly, and the one that I would point to most would be Holy Cross.”

Both Xcel and Holy Cross will have support from at least lawmakers on Colorado’s Western Slope.

“Holy Cross has led the way on being a progressive co-op reflecting the environmental values of the community it serves,” said Democratic state Sen. Kerry Donovan of Vail, who was re-elected last month. “I am excited about the work Holy Cross has done and look forward to working at the state level to continue to support the efforts of Holy Cross, and now Xcel energy, on the state policy to facilitate our energy transition to ensure a healthy environment for generations to come.”

“This is a very exciting and encouraging announcement and I commend Xcel for joining Holy Cross in being leaders on this issue,” Roberts said Tuesday. “Addressing and mitigating the impacts of climate change is one of the most vital causes of our time.”

Roberts did not outline specific legislative goals once the legislature is back in session in January, but he did say it will take a big coalition to make the necessary changes.

“Saving our environment and economy from the effects of climate change will take action by many partners: private corporations, public utilities, and government,” Roberts added. “I look forward to working at the legislature to support Holy Cross, Xcel Energy, and many other entities to make significant progress for our state, country, and world.” 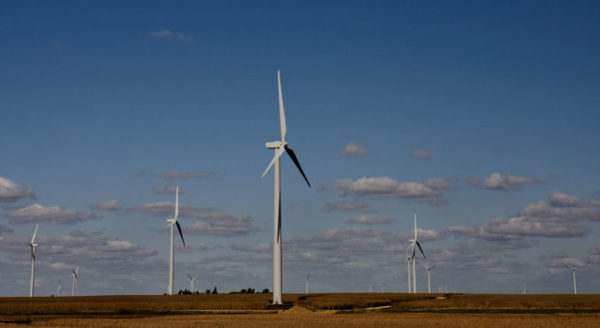