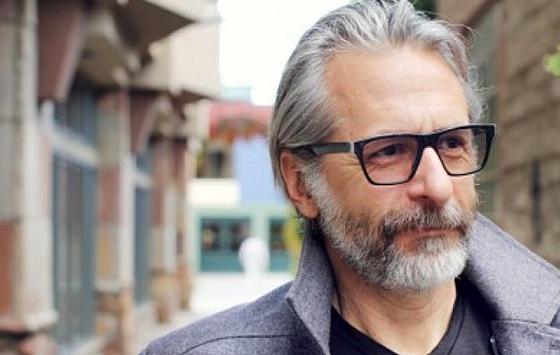 Former Eagle County commissioner and snowboard nonprofit founder Arn Menconi isn’t afraid of a little conflict — it’s the big ones he has a problem with — and he’s willing to ruffle quite few establishment feathers these days to vehemently denounce America’s “endless wars.”

“From what I hear putting thousands of miles on my truck driving around the state, Michael Bennet is spoiling my election to what the people of Colorado want,” Menconi said. “He’s representing the crony corporatists and people are upset. They’ve not voting for him because he’s not voting for them.”

Last month, the only Green Party official elected to a partisan seat in Colorado, San Miguel County Commissioner Art Goodtimes, told The Colorado Independent he isn’t supporting Menconi’s candidacy because he’d rather see the progressive Bennet elected than a Republican get the nod because of a Green Party spoiler.

Menconi isn’t interested in discussing the Ralph Nader effect by which some say the Green Party presidential candidate cost Democrat Al Gore the presidency in 2000. Instead, Menconi is convinced he can win a Senate contest against an incumbent with a massive campaign war chest.

“Here’s why I’m running as a Green Party candidate. There’s endless war, global warming, a rampant inequality gap and racial injustice,” Menconi said. “This country in the last week looks like it’s a powder keg. There’s no leadership [from Democrats and Bennet] on those issues.”

Menconi argues Bennet has been largely silent on solutions to recent gun violence, voted in favor of the proposed Keystone XL oil pipeline extension and can’t get the support of labor unions because he backed a trade promotion bill that granted President Barack Obama the fast-track authority to negotiate the Trans-Pacific Partnership.

“[Bennet] hasn’t come out with any statements about gun control other than what we already have from our own state legislature,” Menconi said. “He does not lead on any issues that I’ve heard — minimum wage, single-payer health care he’s come out against. His voting record is very conservative.”

Menconi, a Chicago native who relocated to the Vail Valley in the early 90s, said disaffected Bernie Sanders backers have flocked to him on Facebook and other social media, and that the anti-establishment wave washing over both major political parties could carry him into office.

“Fifty percent of people under the age of 40 are unaffiliated voters, which is the largest voting bloc in Colorado,” Menconi said. “The way I’m trying to win is I only need 600,000 votes. That’s not even a mayoral win in Chicago.”

As a Democrat in 2000, Menconi first won election to the Eagle County Board of Commissioners by a scant 39-vote margin. His Republican opponent questioned the vote tally, and the local GOP threatened to sue, claiming Menconi – the founder of the SOS Outreach snowboard nonprofit for inner-city kids – imported ineligible snowboarder voters from Summit County.

That election result stood, but Menconi quickly found himself back in hot water when the local VFW post tried to recall him because he didn’t sign a resolution supporting President George W. Bush in the wake of the 9/11 attacks. Menconi’s longtime Republican sparring partner, fellow county commissioner Tom Stone, had introduced the resolution, but the recall ultimately failed.

No longer affiliated with SOS Outreach — a group founded to oppose efforts by Vail skiers and homeowners to ban snowboarding on certain runs in the early 90s — Menconi left the organization to engage in full-time political activism, culminating in his arrest last year when he protested “Another Useless Military Fiasco” during Secretary of State John Kerry’s testimony before the Senate Foreign Relations Committee.

The Bennet campaign did not respond to email requesting comment for this story.